Jonathan Turley: Pelosi 'PLAYED INTO' McConnell's Hands, 'DESTROYED' Her Own CASE for Impeachment 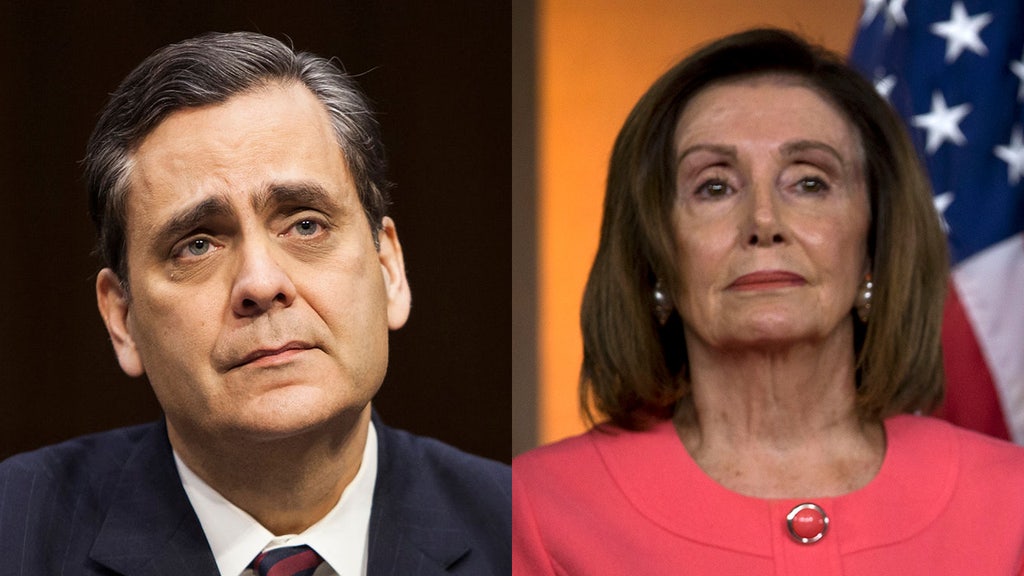 
Constitutional law professor Jonathan Turley laid out a sweeping indictment of House Speaker Nancy Pelosi, D-Calif., arguing that her impeachment strategy backfired and gave Senate Majority Leader Mitch McConnell, R-Ky., the upper hand.
"The delay now seems largely driven by a desire to preserve the image of Pelosi as a master strategist despite a blunder of the first order," Turley wrote in a column titled, "Pelosi's Blunder: How the House Destroyed its Own Case for Impeachment."
His comments came as Pelosi prepared to transmit articles of impeachment to the Senate, roughly a month after the House approved them. She initially withheld them in an apparent attempt to draw concessions from McConnell. On Wednesday she announced the seven lawmakers who will serve as impeachment managers to prosecute the case against the president at his Senate trial.
"There was no reason why Senate Majority Leader Mitch McConnell would make concessions to get an impeachment that he loathed," Turley wrote.
Turley similarly suggested that Pelosi pushed impeachment out of "vanity" and would pay a "high price" for doing so.
IMPEACHMENT LEGAL CASE IS 'WOEFULLY INADEQUATE,' DANGEROUS,' LEGAL EXPERT TURLEY TESTIFIES
"The fact is that Pelosi played into the hands of McConnell by first rushing this impeachment forward with an incomplete record and now giving him the excuse to summarily change the rules, or even to dismiss the articles," he said.
"Waiting for the House to submit a list of managers was always a courtesy extended by Senate rules and not a requirement of the Constitution. By inappropriately withholding the articles of impeachment and breaking with tradition, Pelosi simply gave McConnell ample reason to exercise the “nuclear option” and change the rules on both majority voting as well as the rule for the start of trials. That is a high price to pay for vanity."
On Twitter, Turley also derided a presser in which Pelosi announced her list of impeachment managers for the Senate's trial.
"Speaker Pelosi's statement that 'time has been our friend' is bizarre," Turley tweeted. "The new evidence and witnesses could have been part of the record with actual testimony and discovery by the House. Instead, she did nothing for 4 weeks and hoped for the tide to bring flotsam wreckage."
PELOSI ANNOUNCES HOUSE IMPEACHMENT MANAGERS TO PROSECUTE CASE AGAINST TRUMP
Turley previously testified before the House Judiciary Committee as part of the Democrats' impeachment inquiry. During that testimony, he cautioned House members against hastily pursuing impeachment.
“One can oppose President Trump’s policies or actions but still conclude that the current legal case for impeachment is not just woefully inadequate, but in some respects, dangerous, as the basis for the impeachment of an American president,” Turley previously said.
Source>https://www.foxnews.com/media/jonathan-turley-pelosi-blunder-impeachment
Posted by theodore miraldi at 4:11 PM