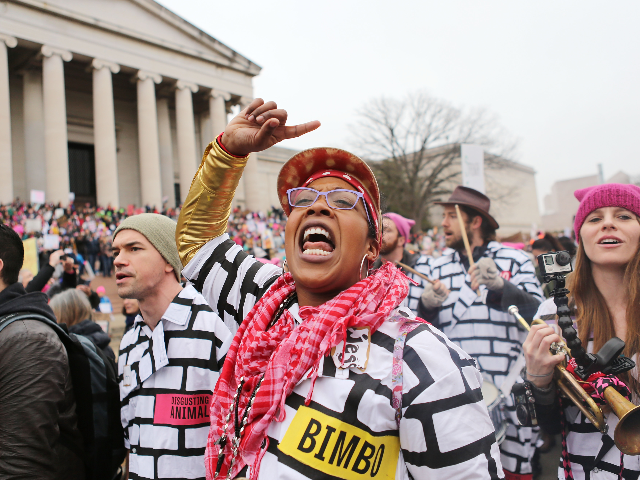 'As Women Go, So Do Culture and Society' ...tmiraldi.    Are you Getting the Picture?

The anti-Trump inspired Women’s March is taking place on Saturday in Washington, DC, with “patriarchy” and “rape” as themes, according to the event’s website.
“Three years of marching, training, organizing, and building power – it’s all been leading up to this. In 2020, we have the chance to strengthen the movement we started three years, and to unite together in the face of continued attacks on our bodies, our rights, our immigrant communities, and our planet,” the website states. “This year, we aren’t just marching. We’re putting our bodies on the line hand in hand with other mass movements.”
A link on the website connects to a video in Spanish of women dancing to the song entitled “A Rapist in Your Path,” and instructions on how to learn both.
Lyrics to the song in English are:

The website explains the march’s mission this way, including a talking point about women’s right coined by Hillary Clinton:

We believe that Women’s Rights are Human Rights and Human Rights are Women’s Rights. We must create a society in which women – including Black women, Indigenous women, poor women, immigrant women, disabled women, Jewish women, Muslim women, Latinx women, Asian and Pacific Islander women, lesbian, bi, queer, and trans women – are free and able to care for and nurture their families, however they are formed, in safe and healthy environments free from structural impediments.