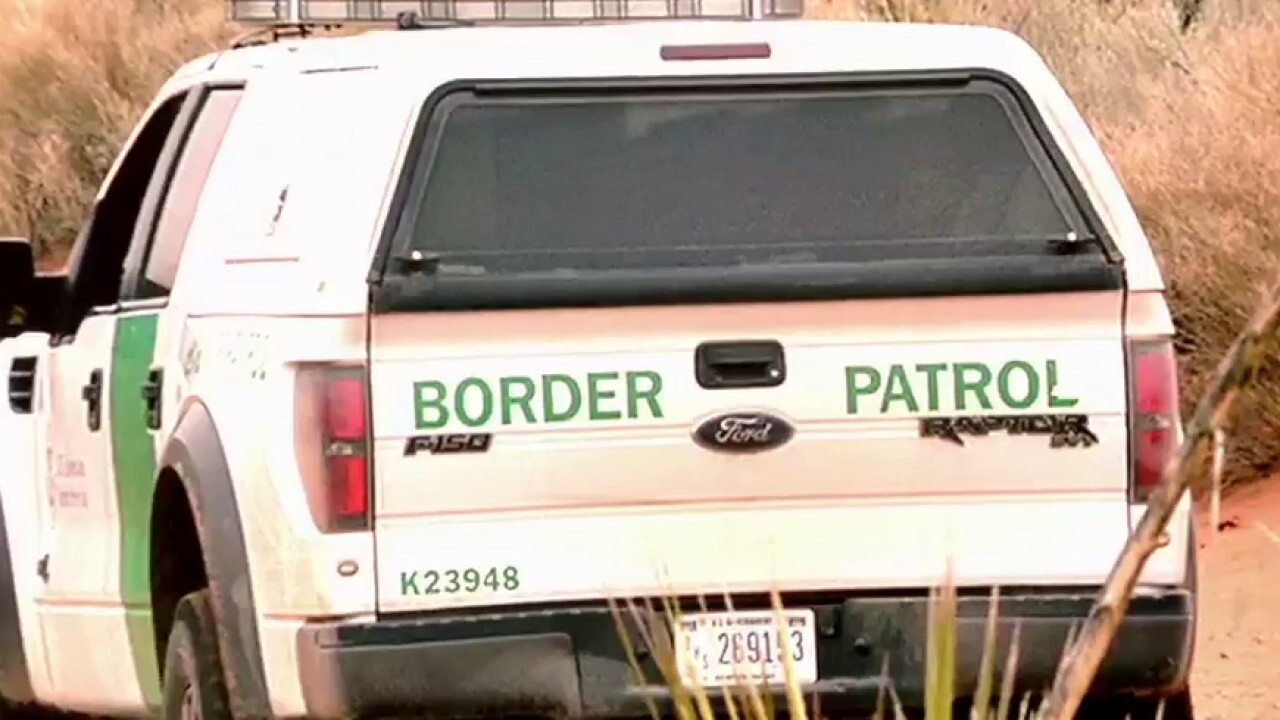 A federal appeals court on Friday slapped a temporary halt on the Remain-in-Mexico policy -- one of the most effective Trump administration policies in halting last year’s crisis at the southern border.
The 9th Circuit Court of Appeals in San Francisco ruled in a 2-1 vote to put a hold on the policy -- formally known as the Migrant Protection Protocols (MPP).
TRUMP ADMINISTRATION EXPANDS 'REMAIN-IN-MEXICO' PROGRAM AT KEY BORDER CROSSINGS
The policy, which was established in January expanded over the summer amid greater cooperation with Mexico, returns migrants to Mexico as they await their hearings, with courtrooms set up at key border points in places such as Laredo and Brownsville, Texas. Approximately 57,000 people have been returned to Mexico under the policy.
The policy essentially ended the process known as “catch-and-release” by which migrants were released into the interior, sometimes for years, until their cases were processed. While critics said MPP was cruel and placed migrants in danger of violence by returning them to the country, it was identified as ending a key “pull factor” in why migrants were flooding the border -- namely that they would be letter into the interior of the U.S. if they reached the border.
Officials said the process meant that cases could be heard in as little as 40-60 days, as opposed to the years it sometimes takes after family units are released into the U.S. Those in favor of the program said that works better for the migrants, as it leaves them in limbo for less time, while also acting as a disincentive for Central American migrants who do not have legitimate asylum claims but might otherwise get into the U.S. by claiming “credible fear” of returning home.

Video
Since MPP was expanded, there has been a dramatic drop in migrants coming to the border from the high of April where 144,000 migrants reached the border. Officials have repeatedly said the policy, along with other international agreements with Central American countries, has been a significant factor in that reduction.
INSIDE TRUMP'S IMMIGRATION TENT COURTS: CONTROVERSIAL SYSTEM MEANT TO FAST-TRACK ASYLUM BACKLOG
“The importance of MPP can’t be stated enough, it is what’s allowed us to take control of the crisis that we saw in April and May. The idea is to make sure we process individuals in a timely manner but make sure they wait south of the border,” Acting DHS Secretary Chad Wolf told Fox News in November.
Wolf warned then that a ruling by the Ninth Circuit could have a dire effect on the U.S. effort to regain control of its southern border, and hurt efforts of law enforcement on the ground trying to enforce the law.
“So you get an adverse ruling on MPP and it’s going to make the job of the men and women of Border Patrol as well as [Customs and Border Protection] and [Immigration and Customs Enforcement] ... very difficult for them, so it really can’t be overstated how much the program means to the department in controlling the crisis,” he said.
But the policy has also been significantly controversial. Liberal civil rights groups have called the policy "secretive" and part of an attack on legitimate asylum claims. Multiple 2020 Democratic presidential hopefuls have promised to end the policy if elected to the White House.
It is far from clear what happens next. The administration may request an “en banc” review of the decision by all of the judges of the Ninth Circuit in the coming weeks, or possibly try to take the case to the Supreme Court, where it has seen significant success in recent months on a number of immigration-related issues. It is also unclear what will happen if those waiting at the border will be let in.
Groups advocating for a tough line on illegal immigration reacted to the ruling by noting the court’s traditional liberal bent -- although President Trump has started to tilt the balance of the bench.
“The Ninth Circuit has repeatedly engaged in torturous interpretations of immigration law in order to elevate the interests of foreign nationals over those of U.S. citizens,” RJ Hauman, government relations director at the Federation for American Immigration Reform (FAIR), told Fox News Friday.


The Associated Press contributed to this report.
Source>https://www.foxnews.com/politics/appeals-court-temporarily-blocks-key-remain-in-mexico-policy
Posted by theodore miraldi at 2:20 PM