Bernie Sanders Confident He Will Have OBAMA'S Backing Despite Reported Opposition


In an interview with CNN on Thursday, 2020 Democratic primary frontrunner Sen. Bernie Sanders, I-Vt., said that despite past reports of friction, he believes his candidacy would have the support of former President Barack Obama if he is chosen as the Democratic Party's nominee.
"I'm not going to tell you that he and I are best friends, but we are friends. I have talked to him on and off for the last many years, was sitting down alone with him in the Oval Office on more than one occasion. I have talked to him on the telephone every now and then," Sanders said.
"He is an icon, clearly, in the Democratic Party and I have absolute confidence that he will play a vigorous, vigorous role -- I think he had said this in the campaign. And, we need him. No question about it. We need him," he noted.
"And, if I win, I'm sure he will be there at my side. If somebody else wins, he will be there at their side," Sanders stated.
MSNBC'S CHRIS MATTHEWS SAYS SANDERS 'RUNNING AWAY WITH THIS THING' AFTER DEBATE, SLAMS OTHER DEMS
"People shouldn't underestimate Bernie Sanders," Lisa Boothe urged on "Fox & Friends" Friday. "He's probably going to win Nevada. He heads into South Carolina with some serious momentum at his back."
"If he is the nominee for the Democrats, what would Barack Obama do?" asked Steve Doocy.
President Barack Obama walks with Democratic presidential candidate Sen. Bernie Sanders, I-Vt., down the Colonnade of the White House in Washington, Thursday, June 9, 2016. (AP Photo/Pablo Martinez Monsivais)
Recent headlines in the media don't exactly inspire confidence in the relationship between the two politicians.
A headline in The Washington Post read: "Hillary Clinton and Barack Obama want to stop Bernie Sanders. Can they actually do it?"
A recent article in The Daily Beast was titled: "Obamaworld Hates Bernie -- and Has No Idea How to Stop Him."
In November of 2019, The Huffington Post reported that Obama said he would: "Speak Up To Stop Bernie Sanders Nomination."
Click Photo For VIDEO 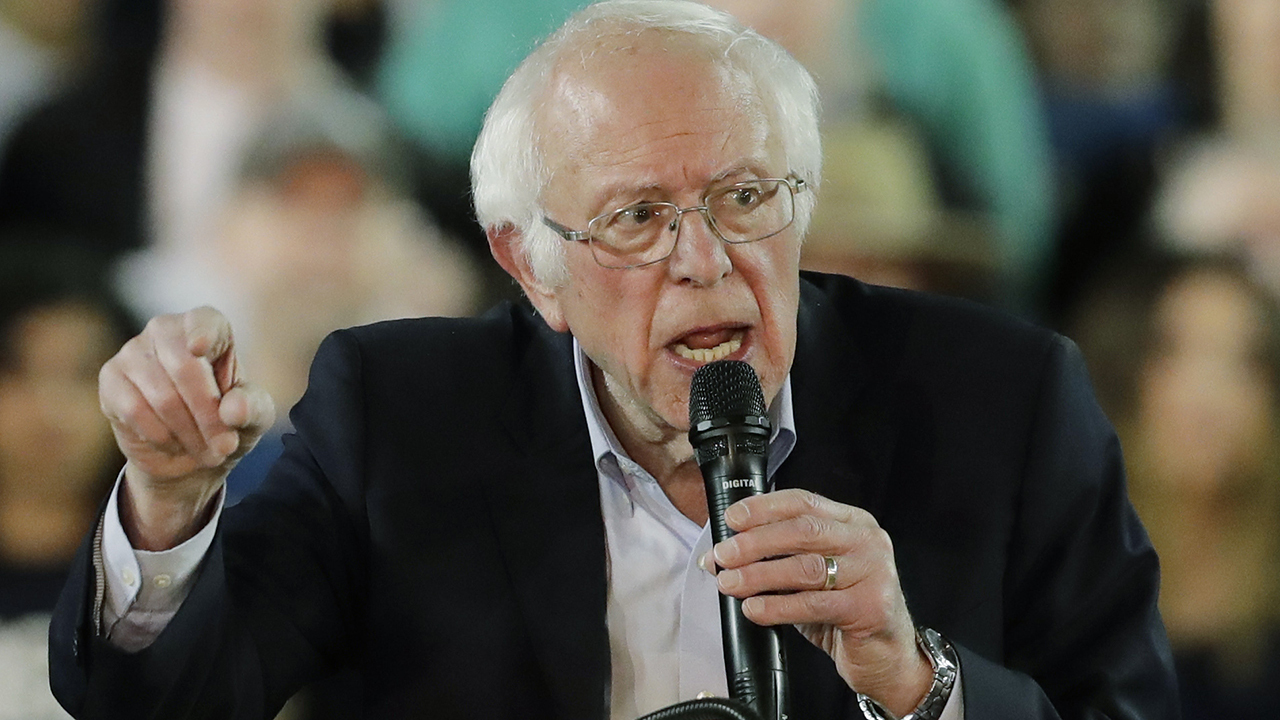 Video
Sanders and Obama have occasionally not seen eye-to-eye on specific policy issues. For example, Sanders -- who's much further to the left than the 44th president -- was against the Trans-Pacific Partnership (TPP) trade plan.
That said, Sanders could also be counted on as a reliable vote to continue the Obama administration's most important initiatives, including the Affordable Care Act (ACA). Sanders has campaigned on implementing a Medicare-for-all system, which has led to criticism from a powerful labor union in Nevada, site of Saturday's Democratic caucuses.
Additionally, the former president has refused to publicly support or criticize Sanders or any other candidates -- notably his own vice president, Joe Biden -- in the 2020 race.
CLICK HERE FOR THE FOX NEWS APP
A new 8 News Now/Emerson College poll ahead of tomorrow's Nevada caucuses shows Sanders is the clear frontrunner. The Vermont senator soars above the pack with 30.4 percent. In tow, former Indiana mayor Pete Buttigieg follows with 16.9 percent, former vice president Joe Biden at 16.1 percent, Massachusetts Sen. Elizabeth Warren with 12.1 percent and Minnesota Sen. Amy Klobuchar trailing with only 11 percent.
Former three-term New York City mayor Michael Bloomberg was not included in the poll because he is not listed as a candidate on the Nevada caucus form.
Source>https://www.foxnews.com/media/bernie-sanders-barack-obama-support-campaign
Posted by theodore miraldi at 9:45 AM