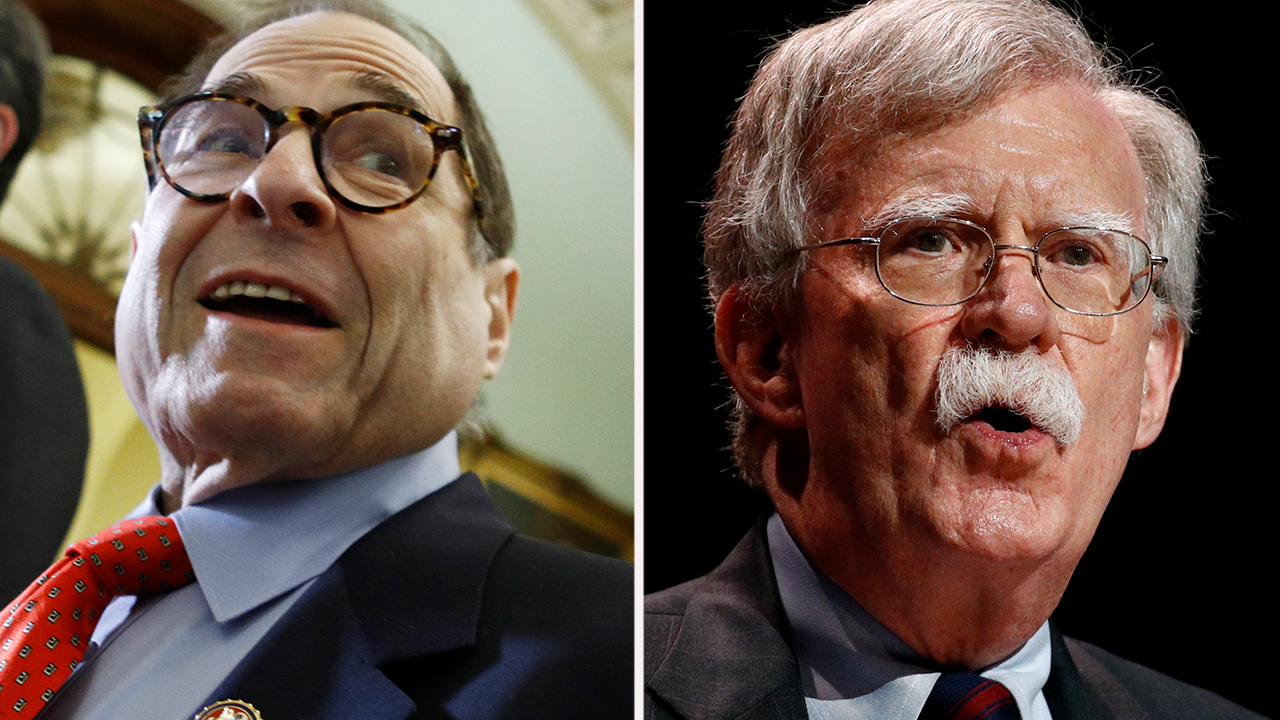 
It’s official. Democrats have lost their minds.
Notwithstanding the disastrous political cost of the failed impeachment, Democrats want to press forward with even more investigations into President Trump.
That’s right: rather than pivot to projects and policies that might distract from the embarrassing collapse of the Ukraine prosecution, House Democrats want to double down.
LEW OLOWSKI: DEMOCRATS FAIL THE TRUMAN TEST — DEBATE HIGHLIGHTS WHERE EACH 2020 CONTENDER FALLS SHORT
They are not alone. Elizabeth Warren promises on day one of her presidency to “investigate violations of specific anti-corruption and public integrity laws during the Trump administration…” Now there’s something voters can get excited about.
If insanity is defined by doing the same thing over and over and hoping for a different outcome, Democrats have gone officially insane.
Don’t they get it? Can’t they see the endless attacks on the president have boosted his approval ratings, brought in a gusher of campaign cash and charged up his base? Their Quixote-like quest to boot Trump from office sure isn’t doing that for Democrats. The biggest and least-told story from the Iowa caucus fiasco is that Democrat turnout was lousy, especially in union-heavy districts that Democrats need to win in November.
During the New Hampshire debate Bernie Sanders said, “The way we beat Trump is by having the largest voter turnout in the history of this country.” He’s probably right, but Democrats are doing nothing to boost that turnout.
Who is surprised?  For the past three years, instead of showing the country how they will provide higher incomes and a more prosperous future, Democrats burrowed in on Russiagate, and when that failed, pressed forward with a one-sided impeachment that by any measure flopped.
Notwithstanding the damage done to their party and to the nation, they want to continue down that same road. In the immediate aftermath of the president’s acquittal, House Judiciary Chair Jerry Nadler said his committee would likely call John Bolton to testify about Trump’s alleged abuse of power in Ukraine. He explained that “When you have a lawless president… You have to spotlight that.”
Note to Nadler: Trump’s Ukraine dealings were spotlighted, and the nation is ready to move on.
Russiagate and Ukrainegate are of course just the tip of the iceberg. Less well known are the many other investigations Democrats have launched into the president’s finances, businesses, taxes and who knows what else, all of which are soaking up time and money, and delivering zero to voters.

The polling is clear: support for Trump is rising to near-record highs while approval of his opponents is heading south.  Popularity of the Republican Party, meanwhile, is the highest since 2005.

Last week, a federal appeals court rejected a 2017 lawsuit filed by Congressional Democrats accusing President Trump of violating the Constitution’s emoluments clause.  They cited foreign dignitaries' staying at and spending money at his Trump International Hotel in Washington and other businesses.
The court ruled that the 200 House Democrats who backed the suit lacked standing. Nadler, speaking on behalf of his colleagues, said they were “reviewing their options” about how to move forward. Two other appeals courts are currently reviewing other similar lawsuits.
Do Americans care that visiting dignitaries stay in Trump’s DC hotel, as they did even before he was elected? Is that what’s going to win back the Oval Office in November for Democrats?
No. On the contrary.
The polling is clear: support for Trump is rising to near-record highs while approval of his opponents is heading south.
Popularity of the Republican Party, meanwhile, is the highest since 2005.  Gallup shows approval of the GOP rising to 51 percent, up from 43 percent in September, before the impeachment battle was joined.
Most likely it isn’t just the endless investigations that have soured voters on Democrats. It is also that   their candidates voice extreme positions on so many issues.
Consider what we heard during Friday’s debate in New Hampshire. Race was a big topic, with Elizabeth Warren confusingly calling for “race-conscious laws in education and employment, [and] in entrepreneurship..”
Bernie Sanders appeared to speak for the group when he declared, “We have a racist society from top to bottom.” Surely there are some who disagree. After all, for eight years we were governed by a black president, who was treated considerably more kindly than President Trump. Surely that counts for something.
In any event, insulting voters may not be the most intelligent way to win their support.
Also in the Manchester debate we heard not one candidate say he or she would have ordered the killing of Iranian terrorist Qasem Soleimani. Do Democrats really want to stand by a murderous thug who conspired to kill thousands of Americans? Just to oppose Trump? It’s unimaginable but this is how “resistance” has softened Democrat brains.
And then there’s Sanders, one of the front-runners, joining Tom Steyer in calling for the end of cash bail. What a terrific idea, one that is now playing out in New York City with entirely predictable and disastrous results. Criminals are being sprung from jail within hours of committing a crime, only to be found perpetrating exactly the same crime again, sometimes the very same day. They know they won’t be locked up, so what’s the downside?
Amy Klobuchar, senator from Minnesota, sounded relatively sane compared to her rivals, saying “We have to unite under an optimistic agenda that works for working people.”
CLICK HERE TO GET THE FOX NEWS APP
She is right. Unfortunately for Democrats, President Trump has put just such an agenda in place. His low tax program and common sense approach to regulation is indeed “working for working people,” with rising wages and a 50-year low unemployment earning him the highest marks with voters of any president in the last 20 years.
That record will be tough to beat, even as the investigations roll onward.
Source>https://www.foxnews.com/opinion/liz-peek-democrats-gone-mad-trump-investigations-and-clueless-candidates
Posted by theodore miraldi at 7:41 AM