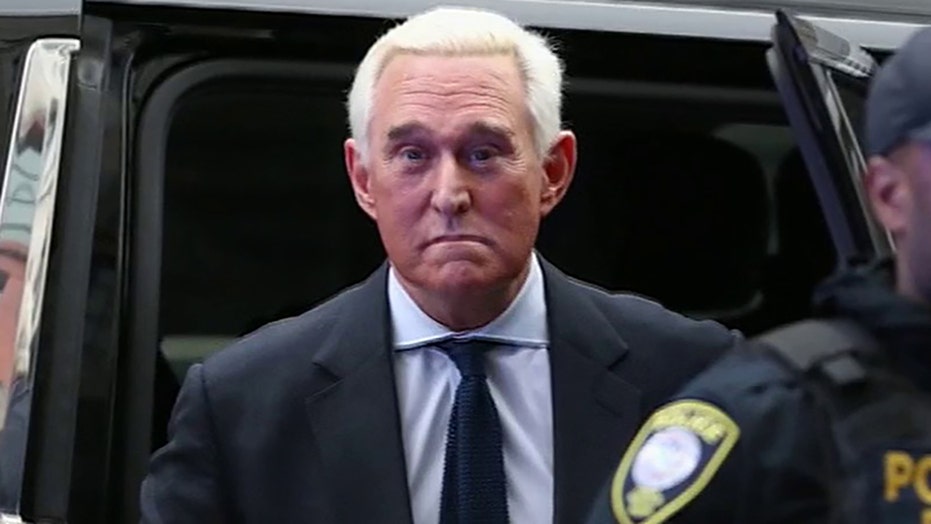 
The latest manufactured outrage from Democrats and the left-wing media emerges yet again from the Justice Department, an agency that lately seems more adept at producing scandal than justice.
This is the bureaucracy that cooked up an investigation of the 2016 Trump presidential election campaign on false pretenses, lied to the Foreign Intelligence Surveillance Court to spy on an innocent American and crucified former National Security Adviser Michael Flynn.
The Justice Department also withheld evidence and brought us feckless Special Counsel Robert Mueller, who spent millions of taxpayer dollars tormenting President Trump. And the department has had to demote, retire or fire numerous high-level officials for improper if not illegal conduct.
BARR UNDER FIRE AS DEMS VOW TO INVESTIGATE AG, CALL FOR IMPEACHMENT
Now, four career Justice Department prosecutors are screaming bloody murder because higher-ups rejected their recommendation to throw the book at Roger Stone, a political gadfly and one-time Trump adviser caught in the Mueller dragnet. These attorneys, two of whom were involved in the Mueller fiasco, asked for a seven- to nine-year sentence for this first-time offender convicted of nonviolent crimes -- obstruction of justice, witness tampering and making false statements to Congress.
Remember, the “Russia collusion” caper that prosecutors were charged with investigating never happened. But they needed to show something for the millions of dollars and man-hours they wasted, so they rolled Stone.


Of course, most Americans outside the Beltway have no idea lying to Congress is a crime. They know Congress lies to them all the time and figure turnabout is fair play.
Inside the Beltway, lying to Congress is business as usual. Law firms, lobby shops and public affairs consultants coach clients on the best way to mislead, misdirect and conceal the truth from Congress and its designated hitters in the bureaucracy in order to extract maximum money from the government and taxpayers.
But it’s the added elements of hypocrisy and irony that distinguish the Stone sentencing from previous episodes in the ongoing saga of selective enforcement of rarely prosecuted crimes.
While President Trump champions criminal justice reform by updating sentencing guidelines to end harsh prison terms for nonviolent offenders, Democrats are now demanding blood from a Stone. They insist anything less than an unflinching adherence to the harshest interpretation of sentencing guidelines subverts the rule of law.
This is the party that refuses to deport criminal illegal immigrants and proposes using tax dollars to bring those who have already been deported back to the United States.
Democrats pass laws to ensure those arrested for crimes including stalking, assault and manslaughter are released without bail.
House Speaker Nancy Pelosi, D-Calif., says Attorney General William Barr should be investigated for rejecting prosecutors' harsh sentencing recommendation for Stone.
But in San Francisco, the city she represents in Congress, Democratic politicians refuse to prosecute a host of crimes, including assault on police officers. Selective enforcement of the law has become a familiar fixture in the Democratic firmament, as has selective outrage.
But now they’re taking it to a new level.
The Democratic version of criminal justice – bloodlust for anyone associated with President Trump, coddling violent criminals and illegal immigrants – is short on justice and nothing short of downright criminal.
Source>https://www.foxnews.com/opinion/curtis-ellis-democrats-criminal-justice
Posted by theodore miraldi at 10:54 AM