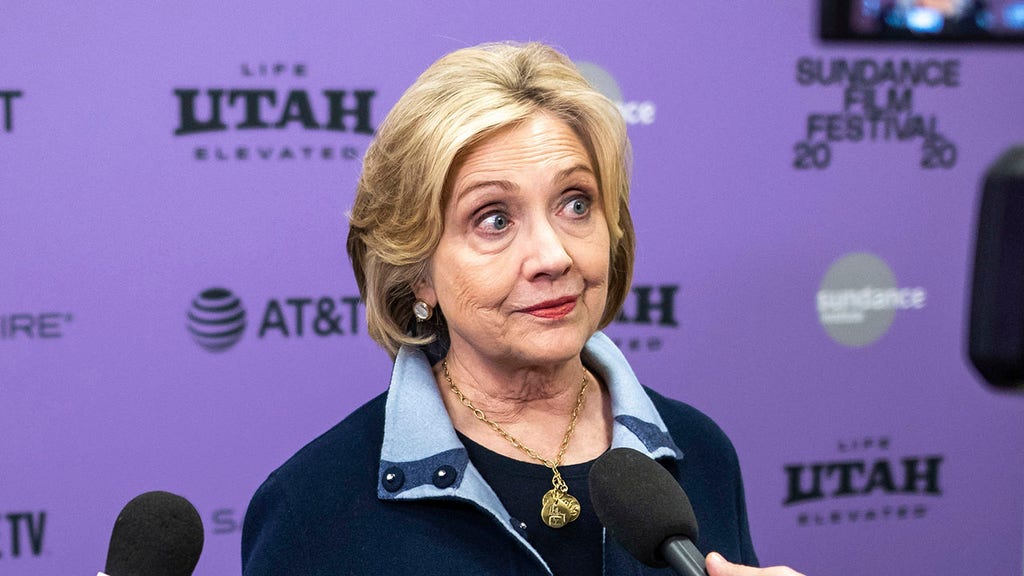 
Former Secretary of State Hillary Clinton downplayed any possibility Thursday that she would be asked to serve as the Democratic nominee's running mate.
"Well, that's not going to happen, but no," Clinton told Ellen DeGeneres, who pressed her by saying "you don't know that's not going to happen."
"I think I do," Clinton responded. When DeGeneres asked her again about the possibility, Clinton indicated it was a possibility and referenced then-President-Elect Obama's request for her to be his Secretary of State in 2008.
HILLARY CLINTON SAYS BERNIE SANDERS DIDN'T DO ENOUGH TO UNITE DEMOCRATS IN 2016
"I was shocked. I had no idea he was going to ask me and I turned him down twice. He said, 'Look the economy is in free fall, it's a catastrophe -- I've got to focus on that. We've got problems around the world, you go focus on that.' And I said, 'No, no, I'm happy where I am -- you get somebody else. I'm sure there's good people around,'" she said.
She added that after she denied Obama a second time, the 44th president insisted.
"He said, 'I'm not calling you again until you say yes.' And so, I'll tell you, I started thinking about it and I thought if I had won, and I wanted to ask him to do something, I would have wanted him to do that for me, so I never say never because I do believe in serving my country -- but it's not going to happen."
Clinton won the Democratic nomination in 2016 but lost the general election to Republican Donald Trump.
During the interview, Clinton claimed that the response to Trump's behavior as president showed that women faced a double standard in politics and are unfairly criticized for showing emotion.
"And now, we've got one of the most emotionally acting out people ever in the history of our country in the White House and I don't hear anybody saying: 'He's just too emotional.'"
CLICK HERE TO GET THE FOX NEWS APP
This past November, Clinton told the BBC she was under "enormous pressure" to consider challenging President Trump in 2020.
I will certainly tell you, I'm under enormous pressure from many, many, many people to think about it. But as of this moment ... that is absolutely not my plans," she said.
Source>https://www.foxnews.com/media/hillary-clinton-on-being-vp
Posted by theodore miraldi at 4:45 PM