The Democrats and their Supporters have no concern about Altering the Life Experience and RAPING the MIND of a 9-YEAR-OLD BOY!
...tmiraldi


Democratic presidential candidate Pete Buttigieg helped a 9-year-old boy come out as gay during a Denver rally Saturday night.
Mr. Buttigieg, who is gay, read Zachary Ro’s question out loud and then invited the boy to join him on stage.
“Would you help me tell the world I’m gay, too? I want to be brave like you,” the question read.
Zachary entered the stage as the crowd cheered and chanted, “Love is love.”
“I don’t think you need a lot of advice from me on bravery,” Mr. Buttigieg told the boy. “You seem pretty strong. It took me a long time to figure out how to tell even my best friend that I was gay, let alone to go out there and tell the world, and to see you willing to come to terms with who you are in a room full of a thousand people, thousands of people you’ve never met, that’s really something.”
Mr. Buttigieg then told Zachary that while his journey won’t always be easy, his actions have the potential of inspiring many others.
“When I was trying to figure out who I was, I was afraid that who I was might mean that I could never make a difference,” he said. “And what wound up happening instead is that it’s a huge part of the difference I get to make. I never could have seen that coming, and you’ll never know whose life you might be affecting right now, just by standing here right now. There’s a lot of power in that.”
Zachary told reporters after the rally that he appreciated Mr. Buttigieg’s advice.
“I just feel inspired by Pete being openly gay and running for president at the same time, and someday, I want to be like him,” he told FOX31. “I feel like he gave me some really good advice.”

Joe St. George ✔@JoeStGeorge
· Feb 23, 2020
Powerful moment (better audio): 9 year old Zachary Ro of Lone Tree asks @PeteButtigieg how he can be brave and tell people he is gay too 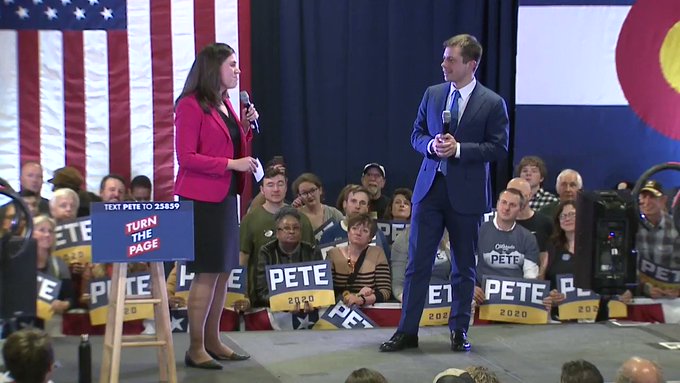 Joe St. George ✔@JoeStGeorge
I caught up with 9 year old Zachary after he was brought on stage and asked @PeteButtigieg his question. His dad told me off camera he was proud of his son. 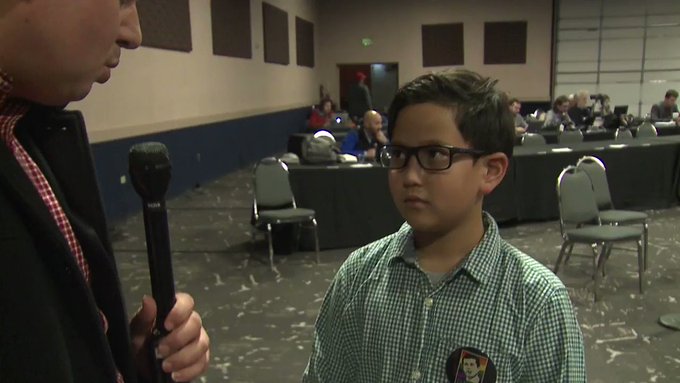 388 people are talking about this