Despite their dire warnings earlier this year that President Trump's foreign policy endangered the United States and assured that the 2020 elections would be riddled with foreign election interference, House Democrats have now essentially dropped their investigative efforts into the Trump administration's Ukraine dealings.
The drawdown, which has seen Democrats decline to make new witness requests or file relevant subpoenas since the conclusion of the Senate impeachment trial, could be a tacit acknowledgement that the probes wouldn't be politically helpful as the 2020 presidential field narrows. Amid impeachment proceedings, a Gallup poll found that support for both President Trump and the Republican Party had risen to historic highs.
APPEALS COURT DISMISSES DEMS' EFFORT TO COMPEL MCGAHN TESTIMONY
However, Democrats have insisted that their previous statements still hold true, and that they are merely acceding to legal and political realities.
"There is nothing that Donald Trump can do that would cause [Senate Republicans] to convict him of high crimes and misdemeanors," Rep. Jamie Raskin, D-Md., told Politico. "So that has caused everybody in the House to take a deep breath and figure out what our next steps are."
In this image from video, House impeachment manager Rep. Adam Schiff, D-Calif., holds redacted documents as he speaks during the impeachment trial against President Donald Trump in the Senate at the U.S. Capitol in Washington, Wednesday, Jan. 22, 2020. (Senate Television via AP)
Added Rep. Gerry Connolly, D-Va.: "I would argue that impeachment actually served its purpose. It highlighted for people what we're dealing with here and what the stakes are."
Still, there was no question that top Democrats had only recently touted impeachment not as a method of raising awareness, but of averting a grave national security threat.
"The president's misconduct cannot be decided at the ballot box, for we cannot be assured that the vote will be fairly won," House Intelligence Committee Chairman Adam Schiff, D-Calif., remarked on the Senate floor in January.
WATCH: SCHIFF WARNS OF RUSSIAN ATTACK ON US MAINLAND UNLESS TRUMP IS REMOVED
Then, drawing rebukes from commentators across the political spectrum, Schiff added, "As one witness put it during our impeachment inquiry, the United States aids Ukraine and her people so that we can fight Russia over there, and we don't have to fight Russia here."
Holdover efforts by Democrats to flex their oversight muscles have fallen flat in recent days. Last Friday, the D.C. Circuit Court of Appeals rejected Democrats' efforts to compel the testimony of former White House counsel Don McGahn, who was first subpoeaned last April. The White House has asserted executive privilege to protect McGahn's testimony and documents from disclosure; the longstanding constitutional principle, which was also routinely asserted by the Obama administration, is designed to protect sensitive White House deliberations.
Click Photo for VIDEO

Video
The 2-1 ruling relied on the principle that the federal courts should avoid interference in intrabranch disputes, and was a crushing blow to congressional Democrats' oversight enforcement both generally, and in the Ukraine matter.
“The Committee's suit asks us to settle a dispute that we have no authority to resolve,” wrote Judge Thomas Griffith, who was appointed by former President George W. Bush.“The walk from the Capitol to our courthouse is a short one, and if we resolve this case today, we can expect Congress’ lawyers to make the trip often."
House Speaker Nancy Pelosi, D-Calif., told reporters shortly after the decision that she would request a so-called "en banc" review of the decision by the full D.C. Circuit Court of Appeals. But the strategy of pursuing appeals could be fraught with risk, as the possibility remained that the Supreme Court down the line could further strengthen executive privilege. It's still unclear whether Democrats will pursue such an appeal.
Click Photo for VIDEO 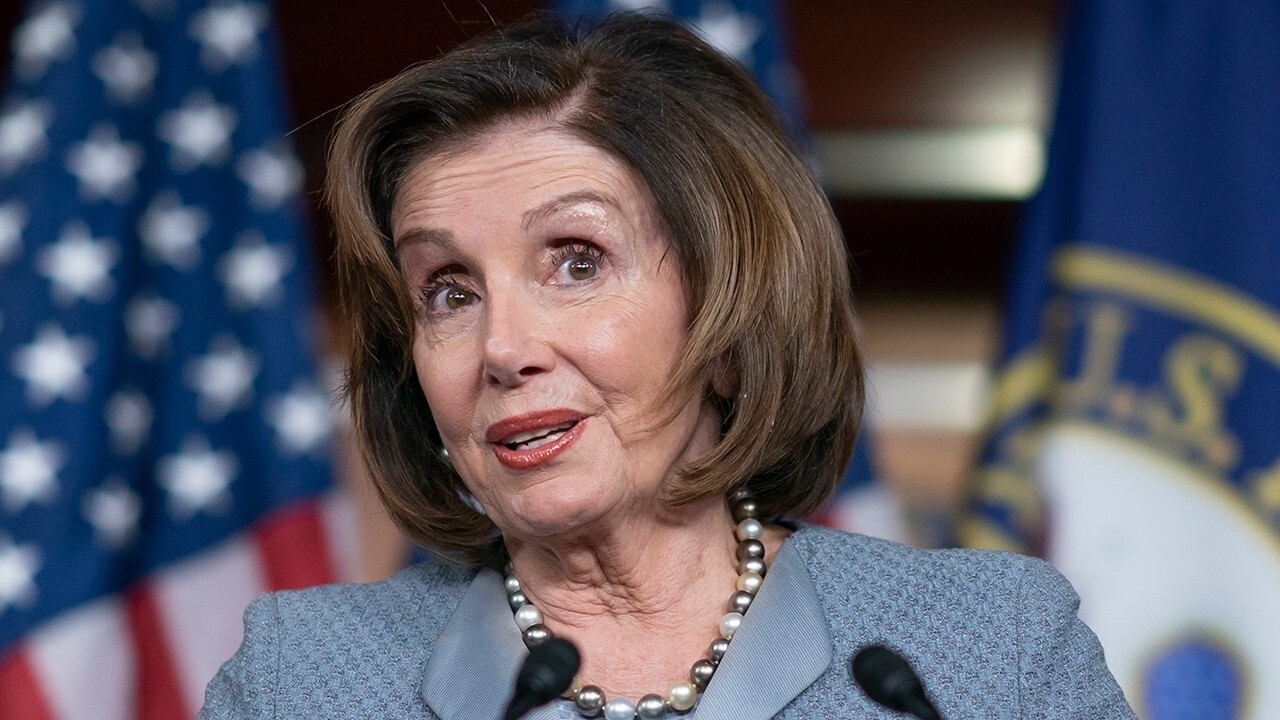 Video
Pelosi herself has signaled that Democrats may be backing off their aggressive approach. In February, she outwardly vowed that Democrats would probe whether there was an “abuse of power" when senior DOJ officials intervened to lower line prosecutors' 9-year sentencing recommendation for former Trump aide Roger Stone.
But that issue has largely fizzled, as Stone was ultimately sentenced to three years in prison -- approximately the same sentence the senior DOJ officials wanted.
And, Pelosi has made sure to temper expectations, telling reporters that House Democrats aren’t going to “spend all of our time going after every lie that the administration henchmen make."
Democrats, she said, were preparing for testimony from Attorney General Bill Barr in March. But she stopped short of announcing any new full-scale probes.
"At some point, you’d think they would take a page out of the president’s book and devote themselves to working for the country, but I guess not," White House press secretary Stephanie Grisham mused at the time.
Fox News' Louis Casiano contributed to this report.
Source>https://www.foxnews.com/politics/dems-investigations-flatline-despite-vows-to-pursue-trump-after-senate-impeachment-trial
Posted by theodore miraldi at 2:15 PM