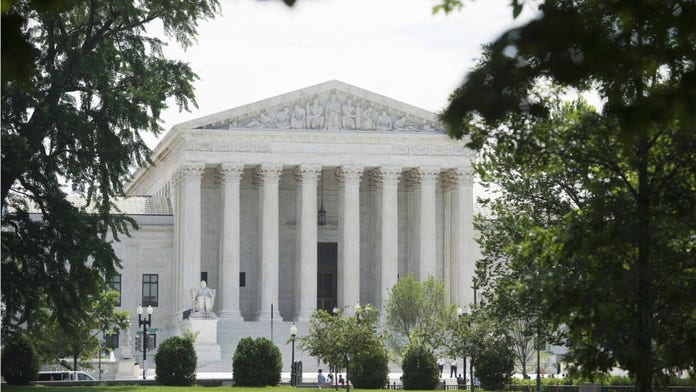 
A divided Supreme Court ruled Tuesday that illegal immigrants who use someone else's information when filling out tax forms for employment can face criminal charges, despite federal laws that liberal justices claim should prohibit such cases.
The Immigration Control and Reform Act (IRCA) makes it a federal crime to lie on the I-9 work authorization form, while limiting how the false information can be used. Federal law also says information "contained in" the I-9 cannot be used for law enforcement other than specified exceptions -- but the Supreme Court ruled that if workers use the same information in tax documents, they can face charges.
SUPREME COURT SET TO ARGUE IMPORTANT ELECTION-YEAR ABORTION CASE
"Although IRCA expressly regulates the use of I–9’s and documents appended to that form, no provision of IRCA directly addresses the use of other documents, such as federal and state tax-withholding forms, that an employee may complete upon beginning a new job," Justice Samuel Alito wrote in the court's opinion, which was joined by fellow conservatives Clarence Thomas, John Roberts, Neil Gorsuch, and Brett Kavanaugh.
The IRCA also prohibits state or local charges or civil cases against "those who employ, or recruit or refer for a fee for employment, unauthorized aliens," but Alito noted that this "makes no mention of state or local laws that impose criminal or civil sanctions on employees or applicants for employment."
Click Photo for VIDEO 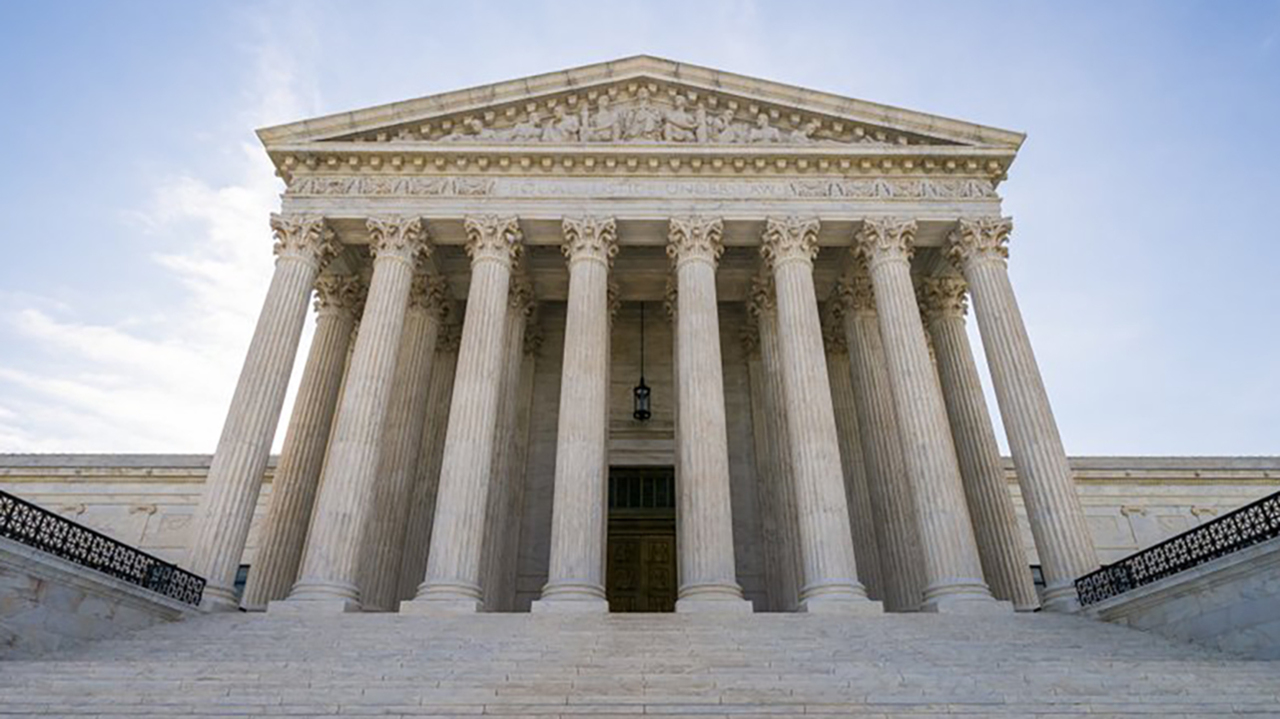 Video
In the case of Kansas v. Garcia, three immigrants who are in the U.S. illegally used someone else's Social Security number on their I-9 forms, as well as on tax-withholding forms. They argued that state prosecutors improperly used information from their I-9 forms. The state dropped charges that relied on those forms and agreed not to use them during their trials, while claiming that the law does not prevent them from using their use of false Social Security numbers on tax documents.
All three were convicted, and all three convictions were upheld by the Kansas Court of Appeals before the Kansas Supreme Court reversed the decisions. The Kansas Supreme Court ruled that charges were improper because "[t]he fact that this information was included in the W–4 and K–4 did not alter the fact that it was also part of the I–9."
Alito found this logic to be faulty, claiming that it was overly restrictive.
“Taken at face value, this theory would mean that no information placed on an I–9— including an employee’s name, residence address, date of birth, telephone number, and e-mail address—could ever be used by any entity or person for any reason," he wrote.
Alito noted that the defense used a broader interpretation of the law, claiming that it preempts state or local laws "relating to the federal employment verification system." He noted that this approach still fails because while tax-withholding forms may typically be completed at the same time as I-9 forms, they have nothing to do with employment verification and "serve entirely different functions."
SUPREME COURT AGREES TO REVIEW OBAMACARE CHALLENGE OVER FUNDING MECHANISM
Justice Stephen Breyer authored an opinion that agreed with Alito that IRCA does not "expressly" preempt state criminal laws in this case. but maintained that there is still an "implied preemption."
“[I]n my view, IRCA’s text, together with its structure, context, and purpose, make it 'clear and manifest' that Congress has occupied at least the narrow field of policing fraud committed to demonstrate federal work authorization," Breyer said in his opinion, which was joined by Justices Ruth Bader Ginsburg, Sonia Sotomayor, and Elena Kagan.
"Even though IRCA criminalizes that conduct, the Act makes clear that only the Federal Government may prosecute people for misrepresenting their federal work-authorization status," he continued.
Breyer also countered Alito's argument that I-9 information can be used in prosecutions if the information appears elsewhere, asserting that if this were the case, states could easily form a loophole "by creating their own work authorization form with the same requirements as the I–9, requiring employees to submit that form at the same time as the I–9, and prosecuting employees who make misrepresentations on the state form."
Thomas, meanwhile, wrote a separate concurring opinion calling on his colleagues to "explicitly abandon" the practice of implied preemption based on a federal law's “purposes and objectives.”
Quoting his own concurring opinion in a 2009 case, Thomas said that implied preemption "impermissibly rests on judicial guesswork about 'broad federal policy objectives, legislative history, or generalized notions of congressional purposes that are not contained within the text of federal law.'"
Source>https://www.foxnews.com/politics/divided-supreme-court-rules-illegal-immigrants-cant-be-shielded-from-id-theft-prosecution
Posted by theodore miraldi at 1:53 PM