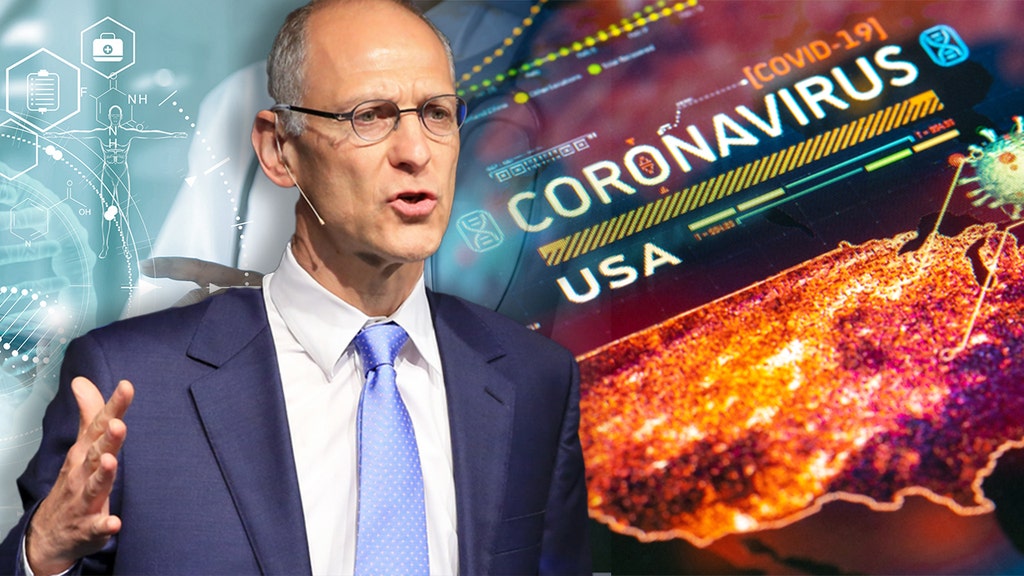 
Dr. Zeke Emanuel, an adviser to Democratic presidential candidate Joe Biden on the coronavirus, said this week that Americans could be dealing with strict social distancing measures to combat the coronavirus for 18 months and that the U.S. "will not be able to return to normalcy until we find a vaccine or effective medications."
Emanuel, one of the architects of the Affordable Care Act, also known as ObamaCare, is on the Biden campaign's "Public Health Advisory Committee," which is set up to "provide science-based, expert advice regarding steps the campaign should take to minimize health risks for the candidate, staff, and supporters," according to a March press release.
His comments are partially consistent with statements from the Trump administration's medical advisors and federal government documents on the pandemic. But they seem to paint a more grim picture of the country's ability to roll back shutdowns of businesses and public life in general that are aimed at reducing the spread of the virus, which causes the disease known as COVID-19.
CORONAVIRUS: WHAT TO KNOW
DR. FAUCI SAYS US SHOULD BE ABLE TO REOPEN SCHOOLS IN FALL
"Realistically, COVID-19 will be here for the next 18 months or more. We will not be able to return to normalcy until we find a vaccine or effective medications," Emanuel said Monday on MSNBC's "Last Word with Lawrence O'Donnell."
"I know that's dreadful news to hear," the Biden adviser continued. "How are people supposed to find work if this goes on in some form for a year and a half? Is all that economic pain worth trying to stop COVID-19? The truth is we have no choice. ... We cannot return to normal until there's a vaccine. Conferences, concerts, sporting events, religious services, dinner in a restaurant, none of that will resume until we find a vaccine, a treatment, or a cure."
He added: "We need to prepare ourselves for this to last 18 months or so and for the toll that it will take."
The stark warning from Emanuel seems to contrast with Tuesday night comments by Dr. Anthony Fauci, the director of the National Institute of Allergy and Infectious Diseases and the face of the White House's coronavirus response. He predicted that American students would be able to return to school this fall even if the virus is still lingering.
NEW YORK, NY - APRIL 03: Ezekiel "Zeke" Emanuel, author of "Brothers Emanuel," visits SiriusXM Doctor Radio at SiriusXM studios on April 3, 2013 in New York City. (Photo by Rob Kim/Getty Images)
WISCONSIN VOTERS BRAVE LONG LINES TO VOTE IN PRIMARY AMID CORONAVIRUS OUTBREAK; RESULTS EXPECTED NEXT WEEK
"I fully expect – though, I'm humble enough to know that I can't accurately predict – that by the time we get to the fall that we will have this under control, enough that it certainly will not be the way it is now where people are shutting schools," Fauci said.
Fauci said that with increased testing for coronavirus antibodies, doctors will be able to identify people who have caught the disease and now have a natural immunity to it, therefore showing how much herd immunity the U.S. as a whole has to the virus. Additionally, more widespread testing for the virus itself would allow health authorities to better "identify, to isolate, to contact trace" in a way that countries with more successful early responses to the coronavirus have been able to.
An internal government document planning the coronavirus response, which was first obtained by the New York Times, predicted that the "pandemic will last 18 months or longer and could include multiple waves of illness."
Director of the National Institute of Allergy and Infectious Diseases Dr. Anthony Fauci looks on as US President Donald Trump speaks during the daily briefing on the novel coronavirus, COVID-19, in the Brady Briefing Room at the White House on March 27, 2020, in Washington, DC. (Photo by JIM WATSON/AFP via Getty Images)
GOP POLS DEMAND ANSWERS FROM TWITTER OVER 'NON-RESPONSE' ON CHINA'S 'LIES' AND 'CONSPIRACY THEORIES'
Fauci has also said there could be further waves of the coronavirus, particularly this fall.
The difference between the suggestions from Emanuel and those of figures in the Trump administration is Emanuel appears to be warning of serious challenges, absent a vaccine or medication, with prudently relaxing current protocols that have Americans working from home, wearing masks in public and canceling sporting events and religious services. Emanuel's comments differ particularly from those of President Trump himself, who previously suggested the U.S. could try to get its economy running again by Easter before reversing himself to extend the White House's social distancing guidelines through April.
"If we prematurely end that physical distancing and the other measures keeping it at bay, deaths could skyrocket into the hundreds of thousands if not a million," Emanuel said. "One thing I've learned as a cancer doctor is that it's wrong to paint an overly rosy picture in order to maintain a patient's hope. It's wrong because it fails. It's false."
CLICK HERE TO GET THE FOX NEWS APP
As of Wednesday morning, the United States had just under 400,000 total coronavirus cases and nearly 13,000 deaths because of the virus. New York state, the hardest-hit area of the country so far, has 140,386 total cases and has seen 5,489 deaths.
"The crisis is not going to go away in a few weeks or after the 30-day plan comes to an end," Emanuel concluded. "Although COVID-19 is affecting us in different ways, we have to be up to it and fight together."
Source>https://www.foxnews.com/politics/biden-obamacare-architect-zeke-emanuel-says-u-s-should-prepare-ourselves-for-coronavirus-social-distancing-to-last-18-months
Posted by theodore miraldi at 12:01 PM