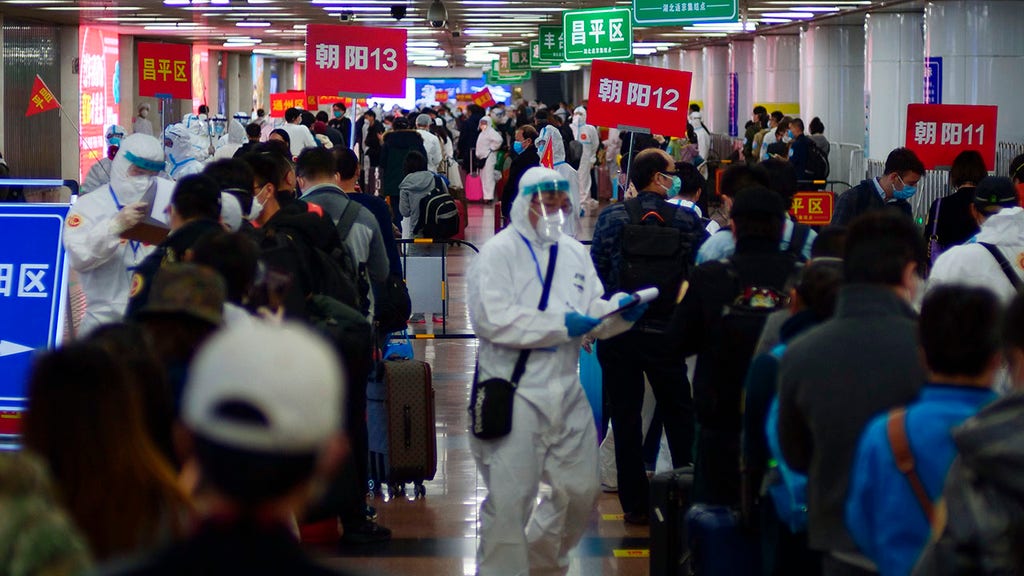 
China raised Wuhan’s coronavirus death toll by nearly 50 percent Friday following weeks of allegations that officials were underreporting the numbers to make the situation there look better than it actually was.
The city where the coronavirus outbreak is believed to have originated is now reporting 3,869 deaths after adding 1,290 to its previously-announced figure. Numbers of total cases in the city of 11 million were also raised by 325 to 50,333, accounting for about two-thirds of China’s total 82,367 announced cases.
Chinese state media claimed Friday that the reason for the sudden leap was that medical facilities were overwhelmed during the peak of the outbreak and because of that, “belated, missed and mistaken reporting occurred.”
“Due to the insufficiency in admission and treatment capability, a few medical institutions failed to connect with the disease prevention and control system in time, while hospitals were overloaded and medics were overwhelmed with patients,” the official Xinhua News Agency reported, attributing the comments to an unidentified official with Wuhan’s epidemic and prevention and control headquarters.
The new figures were compiled through a comparison of data from Wuhan’s epidemic prevention and control big data system, the city funeral service system, the municipal hospital authority’s information system, and the nucleic acid test system to “remove double-counted cases and fill in missed cases,” the mystery official added.
BRET BAIER: LAWMAKERS FROM BOTH PARTIES WEIGHING 'POSSIBLE PAYBACK' AGAINST CHINA OVER CORONAVIRUS
Residents though have said for weeks that the numbers coming out of Wuhan didn’t add up.
In late March, they told Radio Free Asia that Beijing's claims that there were only 2,500 deaths in Wuhan is far from reality.
For more than a week, seven large funeral homes that serve Wuhan reportedly had been handing out the cremated remains of about 500 people to their families every day.
CHINA'S CLAIM OF ZERO CORONAVIRUS INFECTIONS IN MILITARY IS BOGUS, SIGN OF INTIMIDATING RIVALS, EXPERTS SAY
"It can't be right ... because the incinerators have been working round the clock, so how can so few people have died," said Zhang, a Wuhan resident who only gave Radio Free Asia his last name. "They started distributing ashes and starting interment ceremonies on Monday."
There have also been claims of city officials paying off families in exchange for their silence.
WUHAN RESIDENTS SAY CORONAVIRUS FIGURES RELEASED BY CHINA DON'T ADD UP
"There have been a lot of funerals in the past few days, and the authorities are handing out 3,000 yuan in hush money to families who get their loved ones remains laid to rest ahead of Qing Ming," Wuhan resident Chen Yaohui said.
Fox News’ Barnini Chakraborty and the Associated Press contributed to this report.
Source>https://www.foxnews.com/world/chinese-epicenter-wuhan-raises-number-of-virus-dead-by-1290
Posted by theodore miraldi at 7:35 AM