WHO SIDES WITH WHO?
Where's The Outrage Regarding The Lives Lost Because Of The WHO Coverup? Life Means Nothing. Free Money And Power Rules! It's Never The Right Time To Correct The Corrupt!
...tmiraldi


President Trump’s decision to suspend funding to the World Health Organization amid the coronavirus crisis touched off an international war of words overnight as Democratic lawmakers in Washington as well as international bodies like the European Union condemned the move.
The president announced Tuesday that the United States would immediately halt funding for the health organization, saying it had put “political correctness over lifesaving measures,” noting that the U.S. would undertake a 60-to-90 day investigation into why the “China-centric” WHO had caused “so much death” by “severely mismanaging and covering up” the coronavirus spread.
Republicans on Capitol Hill, many of whom have been sharply critical of the World Health Organization and calling for weeks to get tough on the organization for allegedly helping China suppress information about the outbreak in the early stages, cheered the president’s decision.
“Glad to see @realDonaldTrump halt funding to the @WHO. We need to review their role in helping Communist China lie about the #Coronavirus, before any more taxpayer money is spent,” Sen. Rick Scott, R-Fla., tweeted. “This was the right move and I look forward to a full Congressional investigation into the WHO.”
But the partisan divide quickly opened. Following the announcement, House Oversight Committee Chairwoman Carolyn Maloney, D-N.Y., and House Subcommittee on National Security Chairman Steven Lynch, D-Mass., penned a letter to the president slamming his decision to withhold funding to the organization amid the global pandemic.
“While we may agree that the WHO has shortcomings that must be corrected, your attack on the global health organization can easily be seen as a deliberate but transparent effort to deflect responsibility for your own failures onto others,” Maloney and Lynch wrote, adding that Trump’s “attempt to blame the WHO for trusting China reflects an astonishing level of hypocrisy given your own fawning and widely publicized praise of President Xi Jinping and his government for their handling of this crisis.”
They added: “While the WHO may have made mistakes in its response to this crisis, it was certainly not alone, and it defies logic to withhold support from the WHO at this pivotal moment—at the height of a global pandemic—when promoting the health of nations around the world is essential to protecting our own population and rebuilding our own economy.”
Sen. Ben Cardin, D-Md., blasted the president’s move as “irresponsible, irrational and simply the wrong thing to do.”
Also late Tuesday, the American Medical Association weighed in, immediately calling on Trump to reconsider his decision.
"During the worst public health crisis in a century, halting funding to the World Health Organization is a dangerous step in the wrong direction that will not make defeating COVID-19 easier," AMA President Patrice A. Harris said in a statement.
Click Photos To View VIDEOS 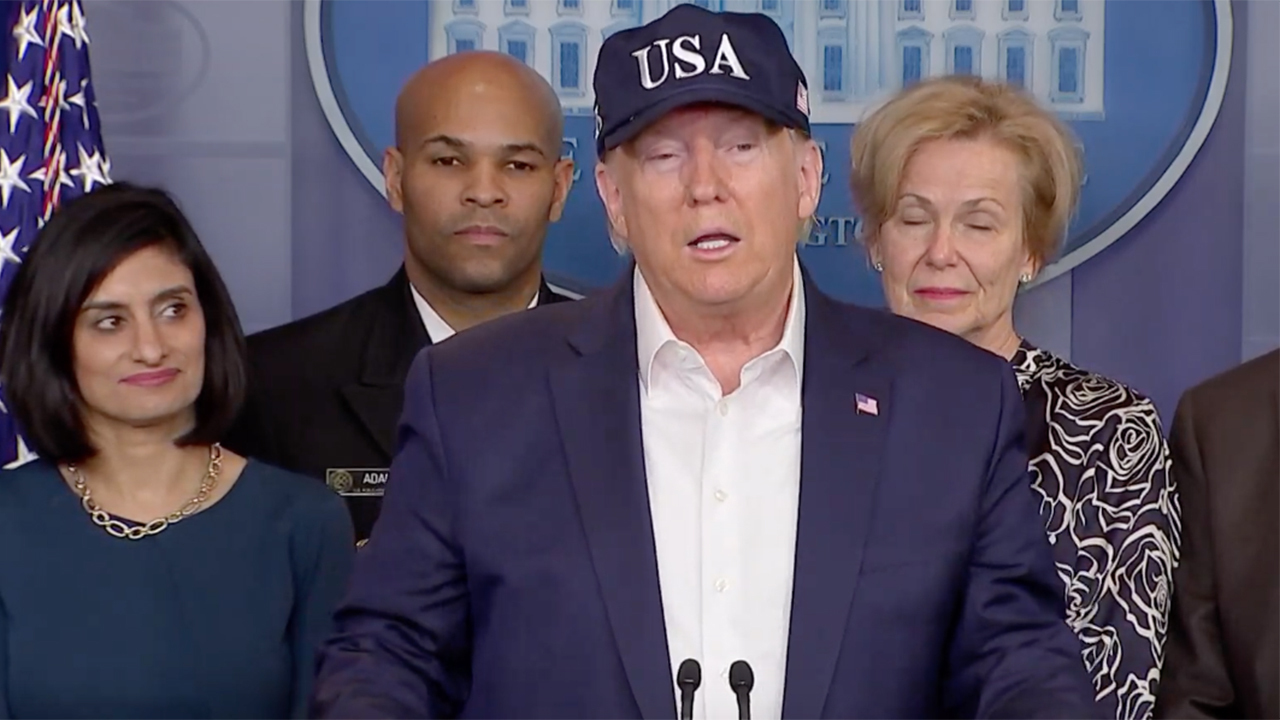 Video
Meanwhile, international officials and bodies also weighed in, condemning the president’s move.
The European Union early Wednesday said Trump had “no reason” to freeze funding to WHO, especially at this critical stage of the COVID-19 pandemic, and urged measures to instead promote unity.
EU foreign policy chief Josep Borrell said the 27-nation bloc "deeply" regrets the suspension of funds and added that the U.N. health agency is now "needed more than ever" to combat the pandemic.
Borrell added that “only by joining forces can we overcome this crisis that knows no borders.”
United Nations' Secretary-General António Guterres warned that the timing for the decision was wrong.
“It is my belief that the World Health Organization must be supported, as it is absolutely critical to the world’s efforts to win the war against COVID-19,” Guterres said, adding that “it also not the time to reduce the resources for the operations of the World Health Organization or any other humanitarian organization in the fight against the virus.”
He added: "Once we have finally turned the page on this epidemic, there must be a time to look back fully to understand how such a disease emerged and spread its devastation so quickly across the globe, and how all those involved reacted to the crisis. The lessons learned will be essential to effectively address similar challenges, as they may arise in the future."
STATE DEPT CABLES HIGHLIGHT POSSIBLE ROLE OF CHINESE LAB IN VIRUS' ORIGIN
And a foreign ministry spokesman for China also blasted the move, vowing to continue China's support.
“This U.S. decision will weaken the WHO’s capabilities and undermine international cooperation,” the spokesman said, according to Bloomberg.
But Australian Prime Minister Scott Morrison sympathized with Trump, noting that the WHO is “not immune from criticism,” but also saying that his country would not take the same steps.
“I sympathize with his criticisms and I’ve made a few of my own,” Morrison told Perth Radio 6PR on Wednesday. “WHO is also as an organization does a lot of important work, including here in our own region in the Pacific, and we work closely with them so we’re not going to throw the baby out with the bathwater here.”
He added, though, that WHO is “not immune from criticism and immune from doing things better.”
The United States is the WHO's largest single donor, and the State Department had previously planned to provide the agency $893 million in the current two-year funding period. Trump said the United States contributes roughly $400 to $500 million per year to WHO, while China offers only about $40 million. The money saved will go to areas that "most need it," Trump asserted.
"We have deep concerns over whether America's generosity has been put to the best use possible," Trump said Tuesday, accusing the WHO of failing to adequately keep the international community apprised of the threat of the coronavirus.
"The WHO failed in this duty, and must be held accountable," Trump said Tuesday. He added that the WHO had ignored "credible information" in December 2019 that the virus could be transmitted from human to human. 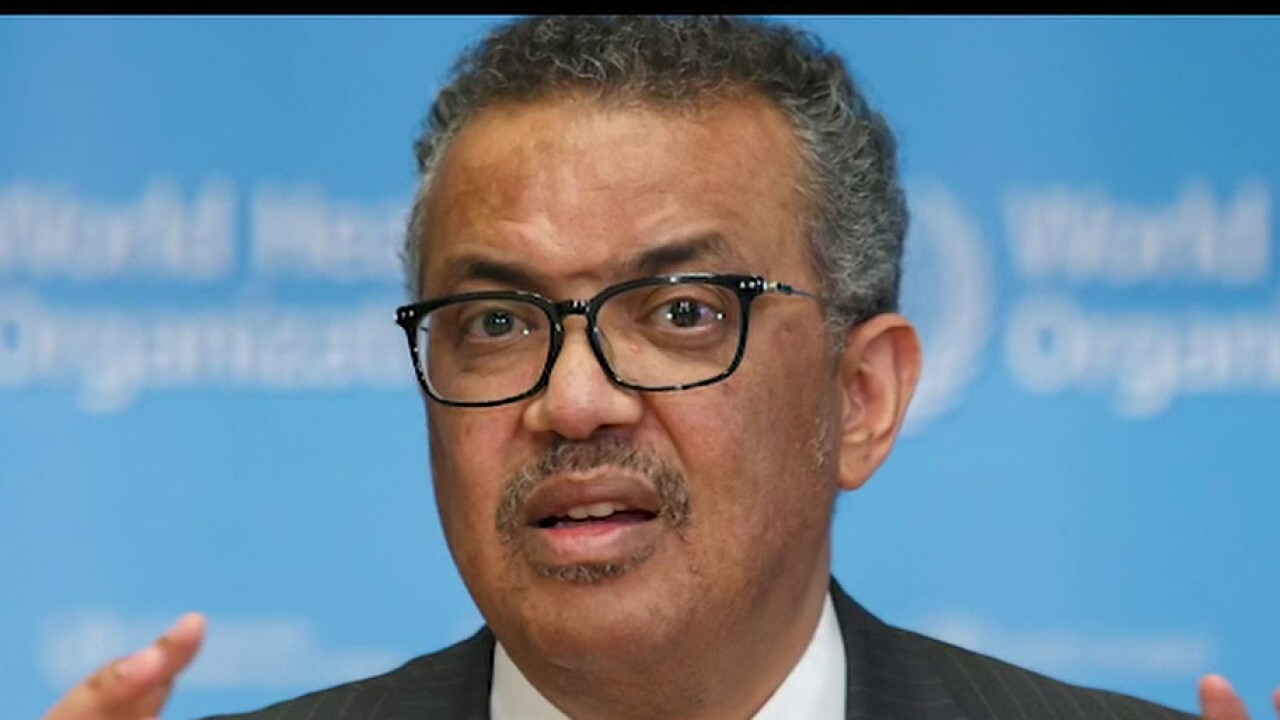 Video
Last week, Rep. Mike McCaul, R-Texas, said the WHO and the Chinese Communist Party were “co-conspirators” in allegedly hiding information about the novel coronavirus in its early stages, and called it “the worst cover-up in human history” while calling for leadership of the WHO to step down.
The Chinese government began suppressing news about the virus early on, and even detained Dr. Li Wenliang, who has since died of coronavirus after trying to warn the international community of the threat. Nevertheless, on Jan. 8, the WHO declared: “Preliminary identification of a novel virus in a short period of time is a notable achievement and demonstrates China’s increased capacity to manage new outbreaks."
Again on Jan. 14, the WHO simply echoed Chinese government statements:  “Preliminary investigations conducted by the Chinese authorities have found no clear evidence of human-to-human transmission of the novel coronavirus (2019-nCoV) identified in Wuhan, China.”
By Jan. 19, the WHO had changed its tune somewhat, but still hedged. “Not enough is known to draw definitive conclusions about how it is transmitted, the clinical features of the disease, the extent to which it has spread, or its source, which remains unknown.”
Reports suggest senior WHO officials suspected human-to-human transmission from the outset.
Meanwhile, many lawmakers have called for WHO Director-General Tedros Adhanom Ghebreyesus to resign from his post amid the controversy.
Last week, Tedros vehemently defended his agency amid criticism from Trump and others.
“If you don’t want many more body bags you refrain from politicizing it — please quarantine politicizing COVID,” he told reporters, after Trump threatened to look at cutting funding to the organization.
"My short message is please quarantine politicizing COVID — the unity of your country will be very important to defeat this dangerous virus. Without unity we assure you even any country that may have a better system will be in more trouble. That’s our message," he said.
He went on to urge a global response to the virus similar to the one that combated smallpox.
"The United States and China should come together and fight this dangerous enemy, they should come together to fight it and the rest of G-20 should come together to fight it, and the rest of the world should come together and fight it," he said.
Fox News' Gregg Re and Adam Shaw and The Associated Press contributed to this report.
Source>https://www.foxnews.com/politics/global-battle-erupts-as-trump-pulls-who-funding-over-coronavirus-response
Posted by theodore miraldi at 9:59 AM