New York City STOCKPILED Ventilators for a PANDEMIC, Only to Later Auction Them Off: Report 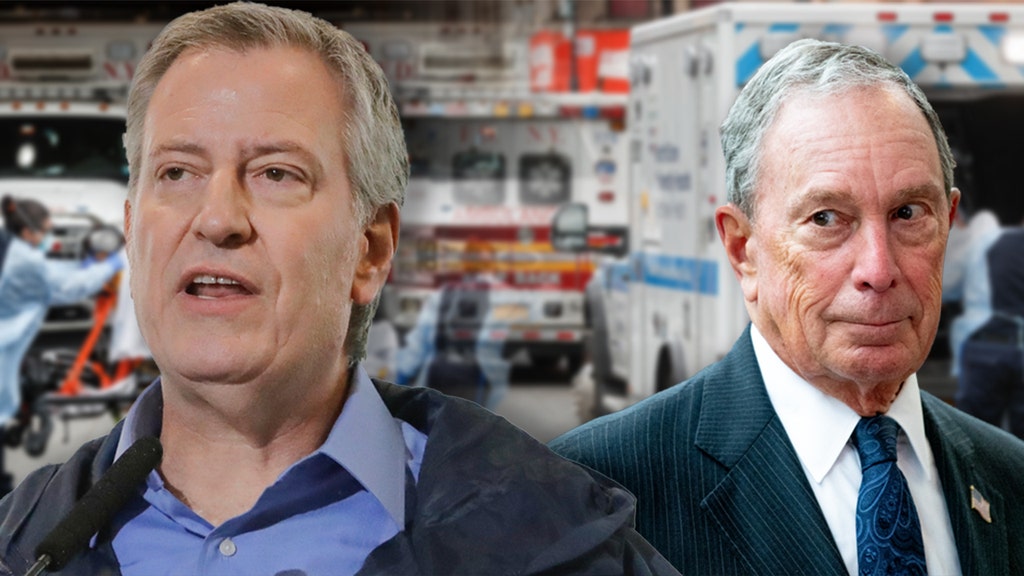 In 2006, then-New York City Mayor Michael Bloomberg's administration began purchasing ventilators to allow the city to be prepared for a pandemic like the current coronavirus crisis -- only for the city to later auction them off, according to a report.
ProPublica reported Monday that the New York City Department of Health and Mental Hygiene issued a report in 2006 on the city's preparedness for pandemic influenza -- similar to the 1918 Spanish Flu or the 2019 novel coronavirus -- that projected the city would need thousands of extra ventilators in order to properly treat all of its residents who got sick. The plan was then put into action, with the city initially buying 500 ventilators before it ran out of money to buy more and to maintain the ones it had already stockpiled, according to ProPublica.
Those ventilators were then auctioned off some time before 2016 because the city could not afford to maintain them in working order, partially because the model of ventilator the city had purchased was no longer in production after 2009, the report said.
CORONAVIRUS: WHAT TO KNOW
In this Friday, March 27, 2020 photo provided by Office of Governor Andrew M. Cuomo, makeshift hospital rooms stretch out along the floor at the Jacob Javits Convention Center in New York. New York Gov. Cuomo said the state wants to build four more temporary hospitals in New York City within weeks, before coronavirus cases are projected to peak. (Darren McGee/Office of Governor Andrew M. Cuomo via AP)
TRUMP MAKES LAST-MINUTE PUSH FOR WISCONSIN SUPREME COURT JUSTICE STATE HOLDS ELECTION DURING PANDEMIC
"We tried to fill in the gap as best we could," Dr. Issac Weisfuse, the former deputy commissioner of the city's health department, told ProPublica.
"This was beyond our control but had a direct impact on cost and viability of maintaining a stockpile," Michael Lanza, the current assistant press secretary for the New York City Department of Health and Mental Hygiene, said according to ProPublica.
The outlet also reported that New York City set out to purchase over one million N95 face masks -- the type suggested for use to protect against the coronavirus -- in order to distribute them to health professionals. It purchased less than one-quarter of that and the masks all eventually expired.
The city's shortage of supplies when coronavirus hit -- which was similar to many places across the country, including the federal government -- has led to a scramble for ventilators and masks by current New York City Mayor Bill de Blasio and New York Gov. Andrew Cuomo, who are requesting tens of thousands of ventilators for the city and state as a whole. The 2006 report commissioned by the Bloomberg administration appeared to preview such a scenario.
CLICK HERE TO GET THE FOX NEWS APP
"A conservative-to-moderate estimate assumes that 25 percent of admitted patients requiring ICU care (with 50 percent of those receiving ICU care requiring ventilation)" would cause the city to fall somewhere between about 250 and 1,300 ventilators short of what it would need, according to the 2006 report obtained by ProPublica.
"Using the same assumptions for a projected 1918-like pandemic, produces a projected shortfall of between 2,036 and 9,454 ventilators," the report continues. "Based upon these numbers alone, it is important to consider augmenting existing ventilator capacity for adults, children, and neonates in NYC."
De Blasio's office did not immediately respond to a request for comment from Fox News.
As of Tuesday morning, New York state had 123,160 confirmed coronavirus cases out of 337,933 total in the United States, and New York had recorded at least 5,489 deaths, up from 4,758 on Monday. Approximately 10,000 Americans have died from the coronavirus, meaning the U.S. trails only Italy and Spain in official reported deaths.
Source>https://www.foxnews.com/politics/new-york-stockpiled-ventilators-for-pandemic-only-to-later-auction-them-off-report
Posted by theodore miraldi at 4:43 PM