The Racism narrative overshadowed the much more important point reporter Weijia Jiang highlighted, which is the media's consistent defense of China and downplaying of American Exceptionalism. 
The media establishment has become an absolute clown show, with CBS News White House correspondent Weijia Jiang cast as the ringleader during Monday’s press briefing circus. Instead of asking President Donald Trump any relevant question as a means to better inform Americans amid the pandemic, Jiang opted for grandstanding with a question about as frivolous as the infamous “Is Chinese food racist?”
“You’ve said many times that the U.S. is doing far better than any other country when it comes to testing. Why does that matter?” Jiang asked. “Why is this a global competition to you if every day, Americans are still losing their lives, and we’re still seeing more cases every day?”
“Well, they’re losing their lives everywhere in the world,” Trump responded. “And maybe that’s a question you should ask China. Don’t ask me, ask China that question, OK? When you ask them that question, you may get a very unusual answer.”

To Media, All Asians Are Apparently the Same

Trump is right to frame the U.S.’s pandemic gains in light of China’s failures, the same way the president was justified in doubling down on accurately terming COVID-19 the “Chinese virus.” This is not only because of American exceptionalism and communist China’s egregious cover-ups and propaganda efforts, but also because of U.S. media’s willingness to prop up the Communist Party of China at every turn as a glowing example of coronavirus response. But when Trump turned to call on a different reporter, Jiang just couldn’t leave her inane question alone.

CBS News ✔@CBSNews
After @weijia asks President Trump why he sees the pandemic response as a "global competition," he tells her: "Maybe that's a question you should ask China. Don't ask me, ask China that question, okay?" http://www.cbsnews.com/coronavirus 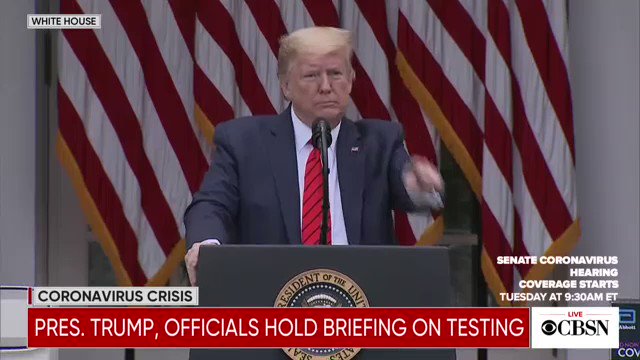 2,465 people are talking about this
“Sir, why are you saying that to me, specifically, that I should ask China?” Jiang, an Asian American, asked after pulling her mask down from her face, insinuating that Trump’s direction — to ask the authoritarian regime responsible for spreading a global pandemic a question about people losing their lives — was somehow motivated by racism against the reporter.
Give me a break.
If Jiang’s name sounds familiar, it may be because this isn’t the first time she’s accused the Trump administration of racism. In March, Jiang insinuated racial animus from a White House official who referred to COVID-19 as “Kung-Flu,” but refused to name the official.

Weijia Jiang ✔@weijia
This morning a White House official referred to #Coronavirus as the “Kung-Flu” to my face. Makes me wonder what they’re calling it behind my back.
448K
10:35 AM - Mar 17, 2020 · Washington, DC
Twitter Ads info and privacy

144K people are talking about this
Frankly, the exchange in the Rose Garden was embarrassing for Jiang before she followed up with the racism charge, and then it promptly went downhill from there. The self-serious soundbite would surely be ripe for social media ridicule.
But oh no. The rest of the self-serious media and Twitter blue-checks ate it up, with even former presidential contender Sen. Bernie Sanders weighing in and The New York Times also implying sexism.

Bernie Sanders ✔@SenSanders
Pretty pathetic. Mr. Trump is a coward who tears down others to make himself feel powerful. https://twitter.com/axios/status/1259959091704799233 …
Axios ✔@axios
The final minute of Trump's news conference this evening 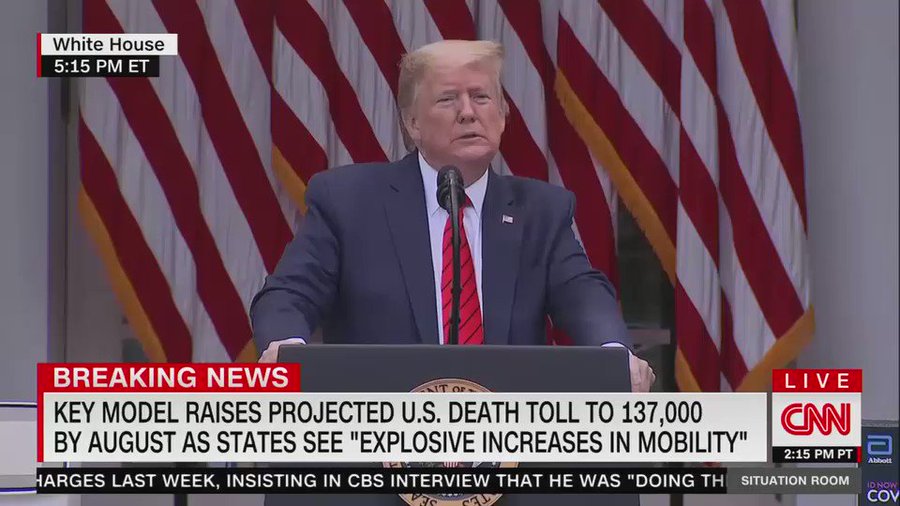 25.3K people are talking about this

Eugene Gu, MD ✔@eugenegu
Weijia Jiang is an Asian American reporter who simply asked Trump why he’s treating coronavirus testing like a competition between countries out of prideful vanity when Americans are dying. Trump telling her to go “ask China” is so flagrantly racist, demeaning, and unacceptable.
12.7K
6:28 PM - May 11, 2020
Twitter Ads info and privacy

3,266 people are talking about this

NowThis ✔@nowthisnews
‘Don’t ask me, ask China’ — Trump snapped at an Asian American reporter before storming out of a press conference 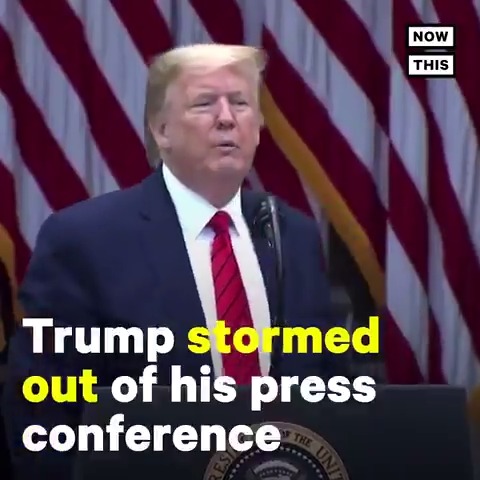 3,281 people are talking about this

As the clown show continued, leave it to CNN’s top jester Brian Stelter to take the spotlight in a segment with Wolf Blitzer.

CNN ✔@CNN
“I think what we saw in that exchange with Weijia Jiang is something that has racial overtones.” - @brianstelter on how President Trump reacted to a question posed by an Asian American journalist. “This is part of a pattern of behavior from the President." 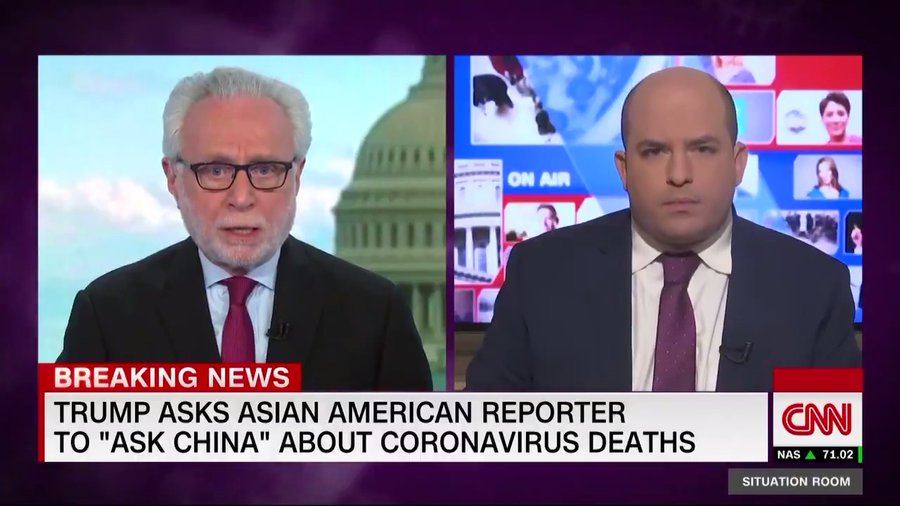 951 people are talking about this
Above the classic CNN chyron, “Trump asks Asian American reporter to ‘ask China’ about coronavirus deaths,” Blitzer asked Stelter to weigh in on what he called a “totally, totally fair” and “reasonable question.” In typical Stelter fashion, the media correspondent took the Jiang embarrassment to another level. It was just beyond parody.

I think what we saw in that exchange with Weijia Jiang is something that has racial overtones. It is racist to look at an Asian American White House correspondent and say ‘ask China.’ This isn’t happening in a vacuum. This is part of a pattern of behavior from the president that goes back many years. … The president has been rattled by Weijia Jiang’s questions in the past. He has treated her and other female reporters differently in the past, and he’s also had this pattern of reacting to minority journalists in a very specific and different way. … Now, of course, he said he would have said the same thing to everyone, but the pattern suggests otherwise. The pattern suggests a racial reaction to certain individuals in the press corp, and that’s deeply, deeply disturbing.

Only a partisan hack could interpret Trump’s response as racist. The president routinely shuts down reporters who ask bogus questions, as he should. If Jim Acosta had asked the same question, Trump surely would have also directed him to “ask China.”

Unfortunately, the racism narrative has completely overshadowed the much more important point Jiang highlighted: the mainstream media’s consistent defense of China and constant downplaying of American exceptionalism. Racism was nonexistent in Monday’s briefing, but anti-American sentiment was on full display. Any media outlets that would peddle Red China’s bogus data, as CBS did as recently as this week, and then presume bad faith from the president when he praises America deserves to be ignored.
Trump has been widely criticized for calling the press the “enemy of the people.” Given the responsibility of the free press, that criticism was probably warranted. But as the Wuhan virus pandemic continues, one thing has become abundantly clear: An authoritarian regime that is responsible for a virus outbreak and covered it up, lies about it, silences its own people who seek to spread the truth, blames the U.S. military, and bullies global actors into parroting its propaganda is absolutely the enemy of the people. What does that say about American reporters who kowtow to it?
What goes for Asian-American Jiang also goes for Steve Benen and Stelter and Yamiche Alcindor and Scott Pelley. Sympathy for the CCP has nothing to do with one’s race.


If White House reporters can’t understand why the leader of the free world would strive to outpace lying communists in protecting his country’s people, championing American excellence along the way, perhaps they should hand over their press passes and go work for China’s state media. At this point, they’re nearly indistinguishable.
Source>https://thefederalist.com/2020/05/12/asian-american-reporter-implies-trump-is-racist-and-the-anti-american-media-run-with-it/
Posted by theodore miraldi at 11:47 AM