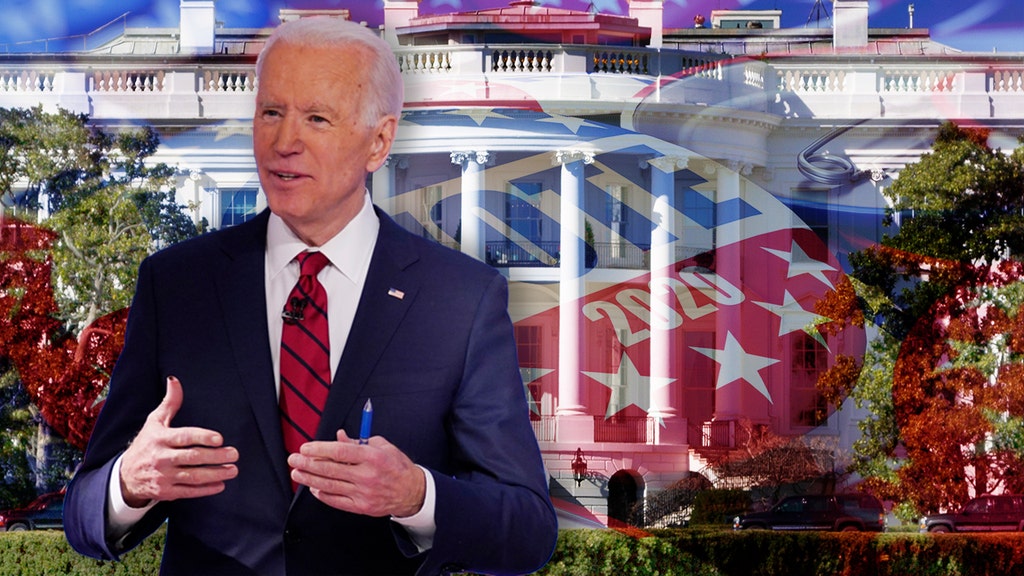 
Can you feel it? Can you feel the pace quickening? More cars on the road, more people in the stores, more ads crowding your inbox?

Activity is picking up, even in my state of New York, where we’re still under lockdown. It’s palpable; Americans everywhere are going back to work.

Democrats don’t like that one little bit. The worse things are, the better their chances in November.
ARNON MISHKIN: PRESIDENT TRUMP, DON'T DIS THIS GROUP – YOU'LL NEED THE IN NOVEMBER
After all, Joe Biden is blaming President Trump for having helped throw the country into a deep recession; he sure doesn’t want the hard times to end. A recent tweet from the former VP claims “Donald Trump spent the last three years undermining the core pillars of our economic strength.” That will be news to the millions of former felons, workers without a high school diploma, disabled people and others who finally, under this White House, were able to find work.
Horrific job losses brought on by the coronavirus lockdown are giving Biden’s struggling campaign a lift, and maybe a focus; he claims that he and President Obama guided the country through a similar tough time, so voters should entrust him to do so again.
Never mind that the eight years following the Great Recession marked the most tepid recovery of all time. Never mind that Obama and his wingman were singularly AWOL when it came to job creation.
Unfortunately for the presumptive Democrat candidate, Americans are resilient; they are tuning out the media and political scolds who for weeks have spewed a steady diet of frightening headlines and statistics.
Not that the alarmism hasn’t borne fruit. Surveys show that people are scared that businesses may start up too quickly, leading to a new surge in infections. Those polls show, oddly, that Democrats are far more worried than Republicans. That’s understandable. If you only read the New York Times or watch MSNBC, you can be excused for being petrified. That’s their mission.
Caution is appropriate, and especially for the sick and elderly. But most Americans are capable of returning to their not-quite normal lives, equipped with face masks and keeping their distance.

Eventually, those keeping their states under lockdown will be held accountable for the dire problems that quarantining has wrought

Ultimately, Americans will vote with their feet. When Gov. Brian Kemp allowed some businesses to reopen in Georgia on April 27, he came under blistering attack for being reckless and shoppers remained cautious.
Early on, activity in Georgia’s formerly-closed sectors was gauged to be about 10 percent of pre-crisis levels; now that has risen to roughly 70 percent, according to one private survey.
Across the country, governors are lifting restrictions. Even Czarina Gretchen Whitmer of Michigan, who set off protests by enacting draconian stay-at-home orders, has reversed course, dictating that auto companies could restart production as early as May 11.
She had no choice.
Eventually, those keeping their states under lockdown will be held accountable for the dire problems that quarantining has wrought. People self-isolating are foregoing important medical treatments and screenings, including for cancer and other serious illnesses. Deaths by suicide and because of alcoholism or drug abuse sparked by the isolation measures are no longer matters of speculation; in March and April EMT calls for drug overdoses and suicides in Milwaukee, for instance, rose 54 percent and 80 percent, respectively, compared with the year before.
Also, state budgets are in the toilet. Congress may eventually come through with some sort of bailout, but the only sure way that governors will begin to close yawning fiscal deficits is through higher tax revenues. And that will happen only when their local economies spring back to life.
Thankfully, that is happening. Georgia is not an outlier. Economists at ISI Evercore, who closely track numerous industries, raised their grim GDP forecast last week, noting that various sectors of the economy, like retailers and auto dealers, have begun to turn slightly higher, albeit from extremely depressed levels. They cited massive stimulus measures and a quicker-than-expected reopening for their improved projections.
Initially, the group had forecast second-quarter GDP to drop 50 percent, to be followed by an additional 5 percent fall-off in the third period. Only in the fourth quarter did ISI project an increase, of 5 percent. Now the top-ranked research group is predicting the second-quarter slide to be 40 percent – still terrible but improved – and are looking for a 5 percent upturn in both the third and fourth quarters.
That is, relatively speaking, good news. As is the determination that 88 percent of the job losses recorded in April were temporary, according to the Wall Street Journal. That means thousands of employers have furloughed workers, who will be rehired as activity picks up.
Apple, one of the first companies to shut down, is reopening some stores. Walmart is hiring more workers, oil prices have ticked higher and mortgage and credit card data confirm the economy is starting to percolate. Another positive sign is that in the first week of May, more households than expected continued to pay their rent on time.

Democrats and their liberal allies in the media are despondent to see progress, which could help President Trump win reelection. The New York Times will continue to run scary headlines about a “second wave” or about rising infection rates. They will neglect to mention that the number of cases is rising because there is more testing, and will downplay the improving outlook for therapeutics like remdesivir, which could temper another onslaught of the virus.
None of this is to suggest we are out of the woods. Second-quarter results for companies will be hideous, and the stock market will likely sell off on those releases. Continued depressed demand will probably lead to more pay cuts and bankruptcies that could squash optimism and consumption. Undoubtedly there will be an instance of renewed activity causing deaths, and we will have to backpedal.
But the United States entered this horror with a booming economy and strong institutions. We will survive, guided by common sense, perseverance and American know-how. Those standing in the way will get crushed.
Source>https://www.foxnews.com/opinion/coronavirus-reopening-democrats-resist-americans-persist-liz-peek
Posted by theodore miraldi at 11:24 AM