Dan Bongino: Protest Agitators 'READY TO BURN YOUR CITY DOWN' Should Be Charged As Domestic TERRORISTS 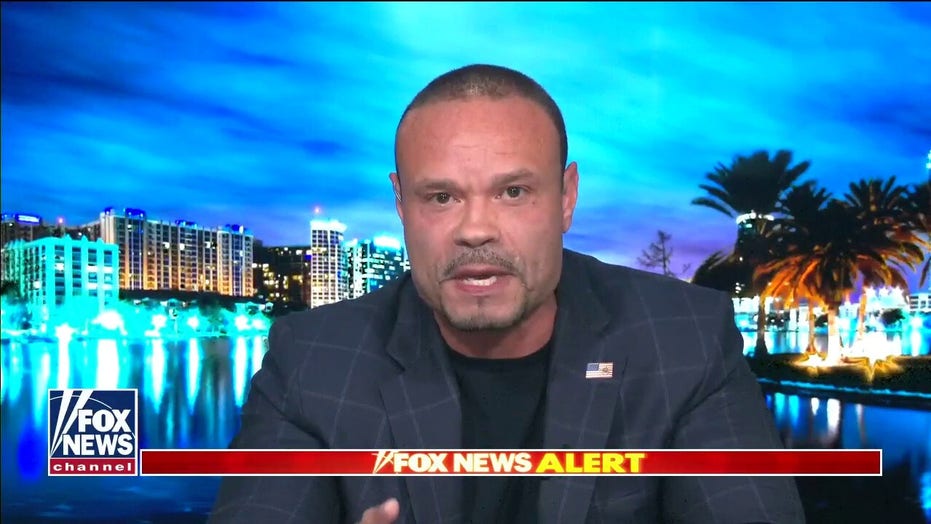 
Riot organizers and agitators with the pre-meditated purpose of chaos and destruction of property should be charged as domestic terrorists,  former NYPD officer and Secret Service agent Dan Bongino argued Saturday.
In an interview on "Fox & Friends Weekend" with hosts Griff Jenkins, Pete Hegseth, and Jedidiah Bila, Bongino argued that individuals who show up to protests with the purpose of rioting, with chemical incendiary devices "ready to burn your city down," can no longer be called protesters.
MINNEAPOLIS COP WHO KNELT ON HANDCUFFED BLACK MAN ARRESTED
"These are not protesters; these are domestic terrorists. They are showing up with weapons specifically designed to fracture glass and windows, to then go walk in, loot the place, place a chemical incendiary device, and burn your city to the ground," he stated.
"They are no different than Al Qaeda terrorists. That's what these people are. They are terrorists. They use violence, disruption, chaos, theft, and the potential of death," Bongino told the "Friends Weekend" hosts.

Video
MINNESOTA GOVERNOR AUTHORIZES 'FULL MOBILIZATION' OF STATE'S NATIONAL GUARD, SAYS PROTESTS NO LONGER ABOUT DEATH OF GEORGE FLOYD
Bongino cited the death of a federal officer in Oakland.on Friday night. Nearly 10,000 people took to the streets of the East Bay city, at one point stopping traffic, looting stores like Target and Walgreens, and setting fire to a Chase bank.
"These people should be tracked down, video should be used, and...if it takes two years, three years, or five years, anyone involved in this -- again, I'm a constitutionalist, your right to assemble is always a big “R” God-given right and should be protected -- but if you showed up with an incendiary device to burn someone's business down, with weapons to destroy people and property, then you should be tracked down to the end of this Earth," he remarked.
CLICK HERE TO GET THE FOX NEWS APP
"And, you should do time in jail - not for disorderly conduct where you get out in a day, but for a conspiracy charge to commit terror," Bongingo concluded. "And, you should go to jail for a long time and maybe that'll send a message."
Source>https://www.foxnews.com/media/dan-bongino-george-floyd-rioters-are-domestic-terrorists
Posted by theodore miraldi at 12:57 PM