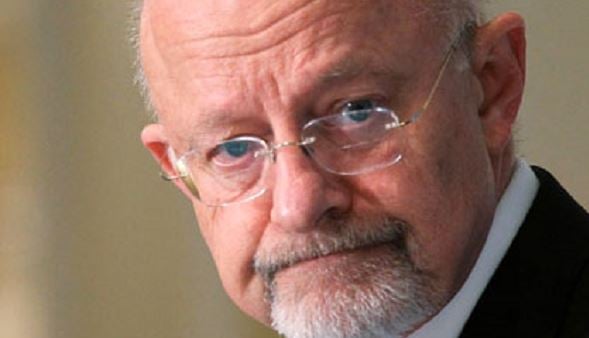 
It’s hard to believe that even CNN viewers could buy a story like this.
Former Director of National Intelligence James Clapper took to the anti-Trump network’s “New Day” program Thursday to try to smooth over the “unmasking” scandal that’s giving Americans a look at just how devious the final days of the Obama administration actually were.
And it turns out a man whose intellect took him to the highest rung of the American intelligence community simply couldn’t remember just why his office did some of the things it did – but he implied there was so much "unmasking" over the years that one more American wouldn’t stand out.
That, at least, was the impression that came out of Clapper’s CNN appearance to control the unraveling saga of Obama administration officials – including former Vice President Joe Biden – who sought information gathered about then-incoming National Security Advisor Michael Flynn and his contacts with then-Russian Ambassador Sergey Kislyak during the presidential transition period before President Donald Trump's inauguration.
Under softball questioning from host John Berman, Clapper said the Office of the Director of National Intelligence sought information “once or twice a week, perhaps” on Americans who had contact with foreign targets of American surveillance.
TRENDING: Report: John Brennan suppressed intel showing Russia favored Hillary
Considering Clapper was DNI from 2010 to 2017, that’s quite a number of Americans. But sane people might suspect that a case involving a future national security advisor to a United States president and his communications with the Russian ambassador just might stick in the memory of even the most jaded directors of national intelligence.
Not so to Clapper, who told Berman that the practice of “unmasking” is a “routine thing, it’s appropriate and it’s legitimate.”
So, how appropriate and legitimate were the three unmasking requests Clapper’s office made regarding retired three-star Army Lt. Gen. Michael Flynn?
Clapper doesn’t remember why they were even made.

Tom Elliott@tomselliott
Clapper: I was unmasking Americans “once or twice a week” but “I don’t recall what prompted a request that was made on my behalf for unmasking” Flynn. 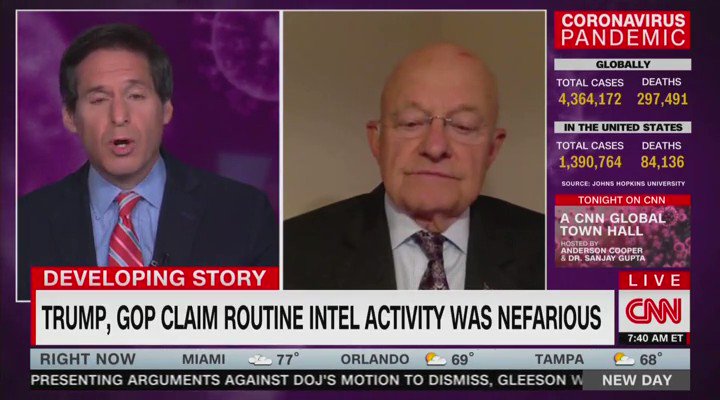 1,969 people are talking about this
“I don’t recall what prompted a request that was made on my behalf for unmasking. I don’t remember the specifics, or what it was in the sig-int [signals intelligence] report that was suggestive enough … that I was concerned and felt that I should know who was actually involved.”
It’s easy to see how a detail like that might slip from the memory. There must be countless retired three-star Army generals there are who are about to take over as the president’s chief security adviser. They’re probably all suspected of secret dealings with the Russians.
(On a serious note, it's interesting that Clapper referred to the requests as having been "made on my behalf." It's almost like he could be preparing to say he didn't know about the requests at all.)
His alleged failure of memory wasn’t all that Clapper said that stretched credulity beyond the breaking point.
Earlier in the interview, Clapper explained that in the “unmasking” process, it’s only the name of the American citizen involved that’s being revealed. The conversation with the foreign surveillance target – in this case the Russian ambassador – was already known, as are the contents of the conversation.
“So, you did not know that it would be General Flynn when you asked to unmask these conversations?” Berman asked.
Probably realizing how ludicrous an outright denial would have been, Clapper fell back on an unreliable memory -- the kind of failing career intelligence professionals are notorious for.
“Well, no, I did not. Now it’s possible, I mean this was three-and-a-half years ago, so I don’t remember the specific reports in question, but it’s possible that the context may have suggested that, but I don’t know.”
It’s a pretty good bet that a conversation between an incoming national security advisor and the Russian ambassador to the United States carries a distinctive context, unlike, say, a U.S. trade representative -- or a Washington Post reporter -- talking to a Russian ambassador.
Clapper is a CNN contributor so it’s unlikely he would have gone to any other network for this interview, but CNN might well be the only network where such clearly questionable statements could be made without even a hint of challenge.
It would take an interviewer of rigidly partisan obtuseness – like say, on CNN or MSNBC -- to believe that a former director of national intelligence couldn’t “recall” the circumstances surrounding an investigation of an incoming White House national security advisor.
Or that Clapper and the others who unmasked Flynn’s conversations didn’t know exactly what they were doing when they did it.
It would take a CNN interviewer to let drivel like that pass on the air, especially now, when the current chaos of the Flynn case thanks to District Judge Emmet Sullivan would make that information crucial for Americans to know.
Would CNN viewers even buy it, though? They might pretend to, like the mainstream media has pretended to believe there was something to the “Russia collusion” hoax for all these years.
Trump Derangement Syndrome is a powerful thing. Even if James Clapper’s memory isn’t.


This article appeared originally on The Western Journal.
Source>https://www.wnd.com/2020/05/obama-intel-chief-james-clapper-cant-recall-office-made-flynn-unmasking-requests/
Posted by theodore miraldi at 11:19 AM