Obama ROLE In Flynn Probe Would Be ‘ABOMINABLE': Ex-FBI Official 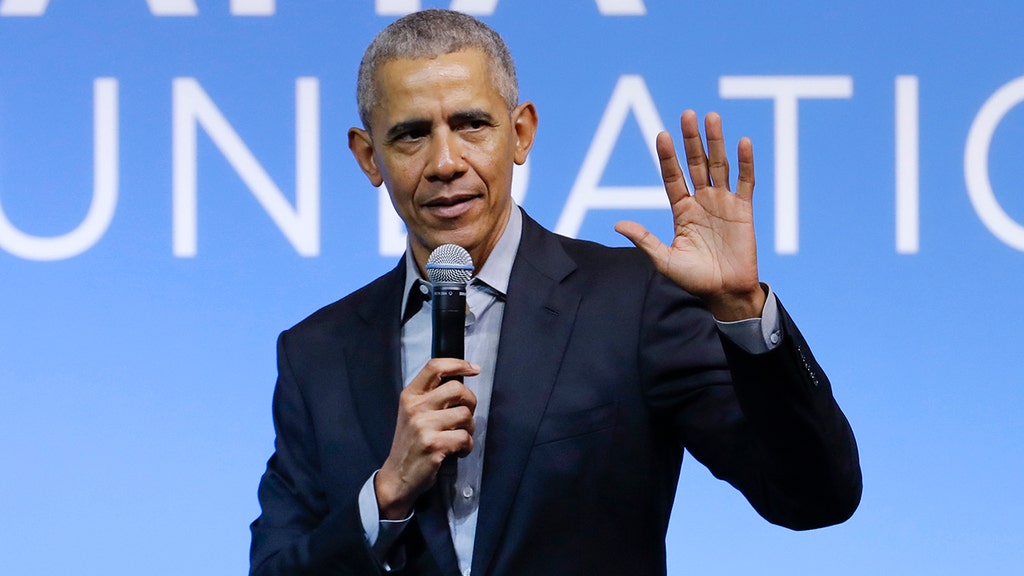 
It would be "abominable" if the Obama White House was behind the FBI's controversial interview of former national security adviser Michael Flynn, a former assistant director of intelligence for the bureau said Friday night.
Kevin Brock shared his observations during an appearance on Fox News' "The Ingraham Angle," where he responded to reports that former President Barack Obama had claimed the “rule of law is at risk" after the Justice Department dropped its case against Flynn over charges of lying to investigators.
"I think they saw this as an opportunity to disrupt the general. And I think what we have to find out [is...] -- this is critically important -- did the FBI conduct this interview at the behest of the White House or was it motivated by their own now well-established personal biases and prejudices against the president?" Brock told guest host Raymond Arroyo.
"That has to be determined. If it's the former ... Well, if it's either, it's abominable."
OBAMA KNEW DETAILS OF WIRETAPPED FLYNN PHONE CALLS, SURPRISING TOP DOJ OFFICIAL IN MEETING WITH BIDEN, DECLASSIFIED DOCS SHOW
“The news over the last 24 hours I think has been somewhat downplayed -- about the Justice Department dropping charges against Michael Flynn,” Obama said, according to Yahoo! News, in a web talk with members of the Obama Alumni Association.
“And the fact that there is no precedent that anybody can find for someone who has been charged with perjury just getting off scot-free," Obama reportedly said. "That’s the kind of stuff where you begin to get worried that basic -- not just institutional norms -- but our basic understanding of rule of law is at risk."
Yahoo! News, in reporting the tape, noted that Obama incorrectly states the charges against Flynn, who was not charged with perjury. Instead, Flynn pleaded guilty in 2017 to lying to the FBI about his conversations with the Russian ambassador in the transition period between the Obama and Trump administrations. But Flynn’s supporters have long argued that the FBI set a perjury trap for Flynn.
Brock disagreed with Obama's alleged comments.
"My response to that is the abrogation of the rule of law was conducting an investigation that was not legally predicated," Brock said. "So if I go in and I talk you, Raymond, about something... that's not a federal crime as an FBI agent and I accuse you of doing it and I have proof that you did it, but it's not a federal crime... and you lie to me. There's no materiality there because there's no reason for me to be investigating in the first place."
CLICK HERE FOR THE FOX NEWS APP
New details emerged this week about what Obama himself knew at the time of the Flynn case. Obama warned the Trump administration against hiring Flynn and said he was “not a fan” of the former head of the Defense Intelligence Agency.
Fox News' Adam Shaw contributed to this story.
Source>https://www.foxnews.com/media/obama-white-house-may-have-seen-opportunity-to-disrupt-flynn-ex-fbi-official-says
Posted by theodore miraldi at 9:48 AM