And That From The Man Who Has Had A Career Subjagating The Law And Profiting From It! Sorry Obama, The Free Lunch May Be Finally Over For Your Failed Chicago Style Abuse Of America!
...tmiraldi

Former President Barack Obama on Friday reacted to the Justice Department’s move to end its case against Michael Flynn by declaring that the “rule of law is at risk” -- as new details emerge about what the former president knew about the case against Flynn in the last days of his administration.
“The news over the last 24 hours I think has been somewhat downplayed — about the Justice Department dropping charges against Michael Flynn,” Obama said, according to Yahoo News, in a web talk with members of the Obama Alumni Association
OBAMA KNEW DETAILS OF WIRETAPPED FLYNN PHONE CALLS, SURPRISING TOP DOJ OFFICIAL IN MEETING WITH BIDEN, DECLASSIFIED DOCS SHOW
“And the fact that there is no precedent that anybody can find for someone who has been charged with perjury just getting off scot-free," he reportedly said. "That’s the kind of stuff where you begin to get worried that basic — not just institutional norms — but our basic understanding of rule of law is at risk. And when you start moving in those directions, it can accelerate pretty quickly as we’ve seen in other places.”
Yahoo News, in reporting the tape, noted that Obama incorrectly states the charges against Flynn, who was not charged with perjury. Instead, Flynn pleaded guilty in 2017 to lying to the FBI about his conversations with the Russian ambassador in the transition period between the Obama and Trump administrations. But Flynn’s supporters have long argued that the FBI set a perjury trap for Flynn.
Click Photo For VIDEO 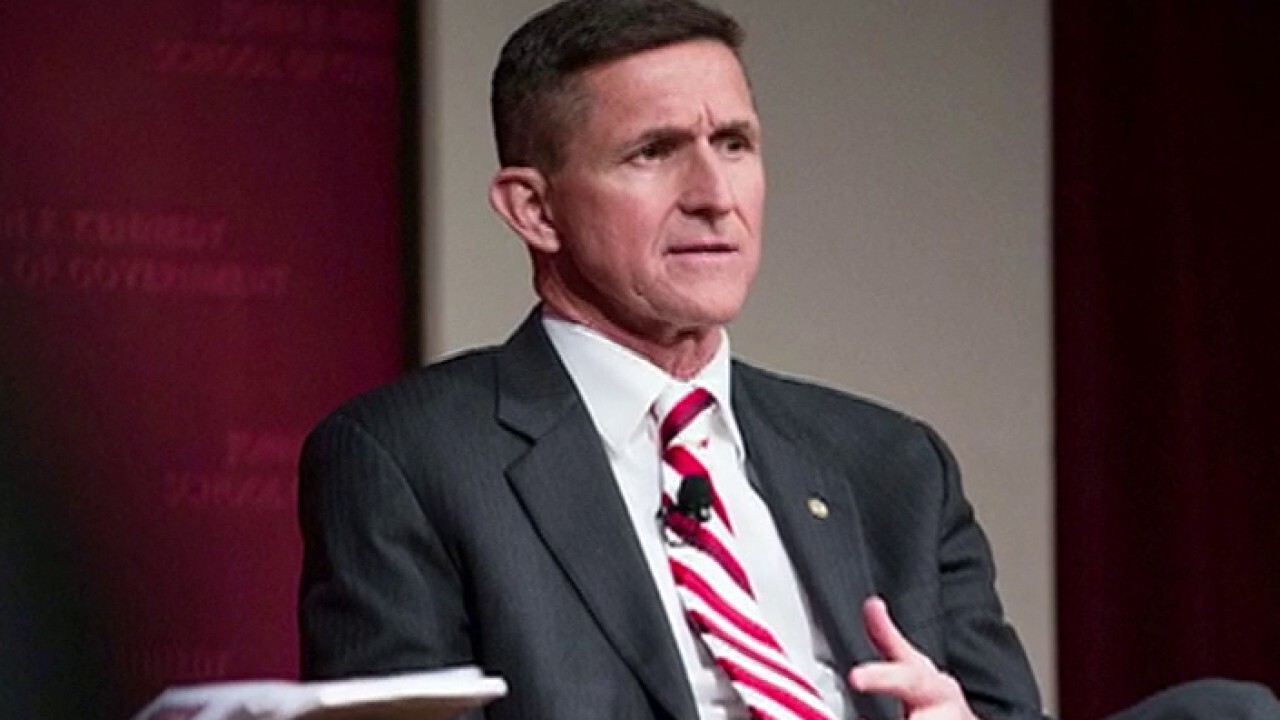 Video
The move this week by the DOJ came after the release of memos showing bureau officials debating at the time whether their purpose in interviewing Flynn was to get him to lie and prosecute him or get him to “admit to breaking the Logan Act” -- an obscure law that bars non-government officials from pretending to represent the U.S.
DOJ DROPS CASE AGAINST MICHAEL FLYNN
New details emerged also this week about what Obama himself knew at the time of the Flynn case. Obama warned the Trump administration against hiring Flynn and said he was “not a fan” of the former head of the Defense Intelligence Agency.
According to declassified interview transcripts, Obama told then-Deputy Attorney General Sally Yates and then-FBI Director James Comey in early 2017 that he had “learned of the information about Flynn” and his conversation with the Russian ambassador about sanctions
Obama "specified that he did not want any additional information on the matter, but was seeking information on whether the White House should be treating Flynn any differently, given the information."
At that point, the documents showed, "Yates had no idea what the president was talking about, but figured it out based on the conversation. Yates recalled Comey mentioning the Logan Act, but can't recall if he specified there was an 'investigation.' Comey did not talk about prosecution in the meeting."
COMEY SOUNDS OFF AFTER DOJ MOVES TO DROP FLYNN CASE
The exhibit continues: "It was not clear to Yates from where the President first received the information. Yates did not recall Comey's response to the President's question about how to treat Flynn. She was so surprised by the information she was hearing that she was having a hard time processing it and listening to the conversation at the same time."
On Friday, Obama cited the Flynn case as a reason for why former officials needed to help his former Vice President Joe Biden beat Trump in November.
“So I am hoping that all of you feel the same sense of urgency that I do,” he said. “Whenever I campaign, I’ve always said, ‘Ah, this is the most important election.’ Especially obviously when I was on the ballot, that always feels like it's the most important election. This one — I’m not on the ballot — but I am pretty darn invested. We got to make this happen.”
Obama also reportedly cited the coronavirus pandemic as a reason to fight harder for Biden, blaming what he saw as a poor response on “tribal” trends stoked by Trump and his allies.
“What we’re fighting against is these long-term trends in which being selfish, being tribal, being divided, and seeing others as an enemy — that has become a stronger impulse in American life,” he said.
“And by the way, we’re seeing that internationally as well. It’s part of the reason why the response to this global crisis has been so anemic and spotty. It would have been bad even with the best of governments. It has been an absolute chaotic disaster when that mindset — of ‘what’s in it for me’ and ‘to heck with everybody else’ — when that mindset is operationalized in our government.”


Fox News’ Brooke Singman and Gregg Re contributed to this report.
Source>https://www.foxnews.com/politics/obama-rule-of-law-at-risk-doj-michael-flynn-case
Posted by theodore miraldi at 10:23 AM