Reps. Jim Jordan, R-Ohio, and Mike Johnson, R-La., on Monday demanded that FBI Director Christopher Wray provide a slew of information after last week's bombshell revelations in the case of former national security adviser Michael Flynn -- and the lawmakers are specifically seeking to question a mysterious FBI agent, Joe Pientka, who participated in the January 2017 White House interview that led to Flynn's prosecution.
Fox News has previously determined that Pientka was also intimately involved in the probe of former Trump aide Carter Page, which the DOJ has since acknowledged was riddled with fundamental errors and premised on a discredited dossier that the bureau was told could be part of a Russian disinformation campaign.
Pientka was conspicuously removed from the FBI's website after Fox News contacted the FBI about his extensive role in Crossfire Hurricane Foreign Intelligence Surveillance Act (FISA) matters -- a change first noticed by Twitter user Techno Fog -- but sources say Pientka remains in a senior role at the agency's San Francisco field office.
The FBI, speaking to Fox News last December, asserted that reporting on Pientka's identity would potentially endanger his life and would serve no legitimate journalistic purpose. Republicans have previously sought to question Pientka, however, beginning in 2018. On Monday, the FBI declined to provide any additional comment.
READ JORDAN AND JOHNSON'S LETTER TO THE FBI
HOROWITZ REPORT SPOTLIGHTS LITTLE-KNOWN AGENT PIENTKA'S ROLE IN PAGE, FLYNN MATTERS
Wray, earlier this year, suggested in testimony that several agents could be under internal investigation by the FBI.
“As for current employees, there are what I would call more line-level employees who were involved in some of the events in the report, all of those employees … were referred to our Office of Professional Responsibility, which is our disciplinary arm," Wray wrote. He did not elaborate.
Click Photo For VIDEO 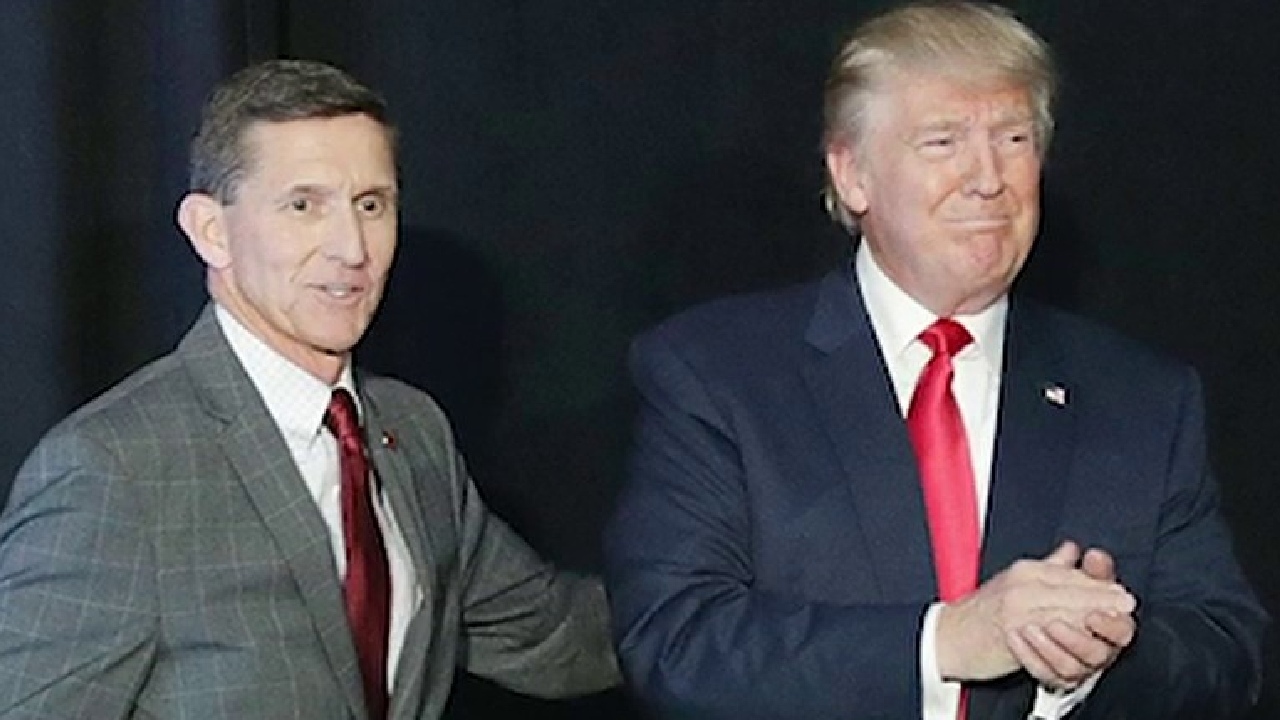 Video
During the White House interview, Flynn told the agents "not really" when asked if he had sought to convince Kislyak not to escalate a brewing fight with the U.S. over sanctions imposed by the Obama administration, according to a FD-302 witness report prepared by the FBI. Flynn also reportedly demurred when asked if he had asked Russia to veto a U.N. Security Council resolution that condemned Israel’s settlements in the West Bank. (The Obama administration abstained in that vote.)
Flynn issued other apparently equivocal responses to FBI agents' questions, and at various points suggested that such conversations might have happened or that he could not recall them if they did, according to the 302.
But questions remained as to the strength of the FBI's case. Then-FBI Director James Comey admitted in 2018 that the Flynn interview at the White House didn't follow protocol, and came at his direction. He said it was not "something I probably wouldn't have done or maybe gotten away with in a more... organized administration."
And, then-FBI Deputy Director Andrew McCabe later said the interview was "very odd" because "it seemed like [Flynn] was telling the truth" to the two agents who interviewed him. Flynn, the interviewing agents told McCabe, "had a very good recollection of events, which he related chronologically and lucidly," did not appear to be "nervous or sweating," and did not look "side to side" -- all of which would have been "behavioral signs of deception."

"The American people continue to learn troubling details about the politicization and misconduct at the highest levels of the FBI during the Obama-Biden Administration."
— Reps. Jim Jordan and Mike Johnson

Further, the FBI 302 indicated that Flynn apparently was aware his communications had been monitored, and at several points he thanks the FBI agents for reminding him of some of his conversations with Russian officials. A Washington Post article published one day before Flynn's White House interview with the agents, citing FBI sources, publicly revealed that the FBI had wiretapped Flynn's calls with Kislyak and cleared him of any criminal conduct. It was unclear who leaked that information to the Post -- or why the FBI would need to question Flynn about his contacts given that the bureau had already recorded them.
Other questions remained as to why the documents were only surfacing this week. The Justice Department turned over the new exculpatory documents on Wednesday and Thursday, even though a February 2018 standing order in the case from United States District Court for the District of Columbia Emmet Sullivan required the government to turn over any exculpatory materials in its possession that pertained to Flynn.
LISA PAGE SUES GOVERNMENT FOR THERAPY BILLS AFTER TRUMP MOCKS HER
Flynn has sought to withdraw his guilty plea and has been seeking exoneration, saying the FBI engaged in "egregious misconduct." Flynn, who has said more recently that he did not lie to the FBI, pleaded guilty in late 2017 as mounting legal fees pushed him to sell his home.
Prosecutors have suggested Flynn's guilty plea allowed him to escape liability for a possible charge under the Foreign Agents Registration Act (FARA), another little-known and once-rarely used law, for his alleged work in Turkey.
Fox News' Brooke Singman and Wilson Miller contributed to this report.
Source>https://www.foxnews.com/politics/republicans-fbi-bill-priestap-joe-pientka-michael-flynn-revelations
Posted by theodore miraldi at 11:38 PM