FACT-Checking By CNN & The Washington Post Is Laughable! These Two Platforms Contributed To The Attempted Coup Against Trump With Their Communist Style Propaganda!
...tmiraldi 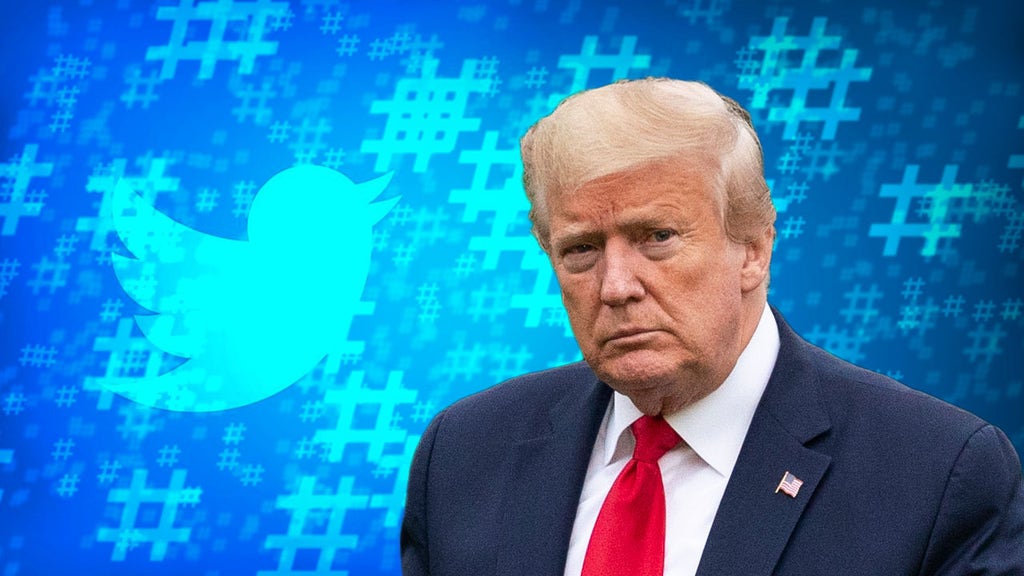 
President Trump warned social media giants Wednesday that the federal government could “strongly regulate” or “close them down” if they continue to “silence conservative voices,” amid a flaring battle with Twitter after the platform fact-checked one of his tweets for the first time this week.
“Republicans feel that Social Media Platforms totally silence conservatives voices,” Trump tweeted. “We will strongly regulate, or close them down, before we can ever allow this to happen. We saw what they attempted to do, and failed, in 2016. We can’t let a more sophisticated version of that happen again.”
TWITTER EXEC OVERSEEING FACT CHECK EFFORT HAS HISTORY OF ANTI-TRUMP TWEETS
The president added: “Just like we can’t let large scale Mail-In Ballots take root in our Country. It would be a free for all on cheating, forgery and the theft of Ballots. Whoever cheated the most would win. Likewise, Social Media. Clean up your act, NOW!!!!”
TWITTER PUTS WARNING LABEL ON TRUMP TWEET ON MAIL-IN BALLOTS, DESPITE EXPERTS BACKING UP HIS CONCERNS
It is unclear what authority, if any, the president was citing in his threat to close social media platforms down, but the tweets surely were meant to escalate pressure on the platform that hosted them.
He later tweeted: "Twitter has now shown that everything we have been saying about them (and their other compatriots) is correct. Big action to follow!"
This comes after Twitter slapped a warning label on one of Trump’s tweets referring to mail-in ballots for the first time Tuesday, cautioning readers that despite the president’s claims, “fact checkers” say there is “no evidence” that mail-in voting would increase fraud risks and that “experts say mail-in ballots are very rarely linked to voter fraud.”
The president, within minutes on Tuesday, accused Twitter of “interfering in the 2020 Presidential Election based on fact-checking by Fake News CNN and the Amazon Washington Post,” while adding that the platform is “completely stifling FREE SPEECH,” and vowing that “I, as President, will not allow that to happen.”
Twitter’s new warning label was issued even though a Twitter spokesperson acknowledged to Fox News that Trump’s tweet had not broken any of the platform’s rules, and even though some other experts have raised fraud concerns surrounding mail-in voting.
The warning label came after Trump tweeted: "There is NO WAY (ZERO!) that Mail-In Ballots will be anything less than substantially fraudulent. Mail boxes will be robbed, ballots will be forged & even illegally printed out & fraudulently signed. The Governor of California is sending Ballots to millions of people, anyone living in the state, no matter who they are or how they got there, will get one. That will be followed up with professionals telling all of these people, many of whom have never even thought of voting before, how, and for whom, to vote. This will be a Rigged Election. No way!!"
Within hours, Twitter then appended a label to the bottom of the tweet reading, "Get the facts about mail-in ballots.”
Clicking that label brought readers to a paragraph reading: "On Tuesday, President Trump made a series of claims about potential voter fraud after California Governor Gavin Newsom announced an effort to expand mail-in voting in California during the COVID-19 pandemic. These claims are unsubstantiated, according to CNN, Washington Post and others. Experts say mail-in ballots are very rarely linked to voter fraud."
Twitter went on to note in a "What to Know" section that "fact-checkers say there is no evidence that mail-in ballots are linked to voter fraud" and that "Trump falsely claimed that California will send mail-in ballots to 'anyone living in the state, no matter who they are or how they got there.' In fact, only registered voters will receive ballots."
Twitter acknowledged Trump's tweet "is not in violation of the Twitter Rules as it does not directly try to dissuade people from voting — it does, however, contain misleading information about the voting process, specifically mail-in ballots, and we’re offering more context to the public."
A Twitter spokesperson also told Fox News that Trump's tweets "contain potentially misleading information about voting processes and have been labeled to provide additional context around mail-in ballots," and that "this decision is in line with the approach we shared earlier this month."
Meanwhile, Republicans have long argued that many states fail to adequately clean up their voter rolls.
TWITTER REBUFFS TRUMP TEAM EFFORT TO HAVE BIDEN VIDEO LABELED MISLEADING -- AFTER IT LABELED TRUMP VIDEO DECEPTIVE
The Republican National Committee (RNC) earlier this month launched ProtectTheVote.com, a digital platform that the GOP says is part of its all-hands-on-deck effort to "protect against the Democrats' assault on our elections" as progressives push for sweeping changes, including vote-by-mail and more ballot harvesting, amid the coronavirus pandemic.
Meanwhile, the warning label prompted conservatives to again condemn Twitter for what they have called its apparent left-wing bias: Just two months ago, Twitter flagged a video uploaded by the Trump campaign as "manipulated media," only to rebuff the campaign's efforts to have the platform flag a similar video uploaded by the Biden team.
"We always knew that Silicon Valley would pull out all the stops to obstruct and interfere with President Trump getting his message through to voters," Trump 2020 campaign manager Brad Parscale said in a statement. "Partnering with the biased fake news media 'fact checkers' is only a smoke screen Twitter is using to try to lend their obvious political tactics some false credibility. There are many reasons the Trump campaign pulled all our advertising from Twitter months ago, and their clear political bias is one of them.“
Fox News' Gregg Re contributed to this report.
Source>https://www.foxnews.com/politics/trump-warns-social-media-government-can-regulate-or-close-them-down-amid-fight-with-twitter
Posted by theodore miraldi at 11:14 AM