In an exclusive interview with Fox News’ Bret Baier, Attorney General Bill Barr faulted the FBI for taking a “very aggressive” approach to investigating suspected Trump campaign ties to Russia and continuing to push forward even when, he says, their evidence was “falling apart.”
Barr alleged the bureau was eager to investigate President Trump's team both before the election and after he won in November 2016.
FLYNN JUDGE EMMET SULLIVAN SET TO EXPLAIN WHY HE HAS NOT DISMISSED CASE
“I think before the election, I think we were concerned about the motive force behind the very aggressive investigation that was launched into the Trump campaign without — you know, with a very thin, slender reed as a basis for it,” Barr said in the two-part interview. The second part will air Tuesday at 6 p.m. EDT on Fox News’ “Special Report with Bret Baier.”
“It seemed that the bureau was sort of spring-loaded at the end of July to drive in there and investigate a campaign,” Barr added.
Barr went on to say that “there really wasn't much there to do that on, and that became more and more evident as they went by, but they seemed to have ignored all the exculpatory evidence that was building up and continued pell-mell to push it forward.”
WATCH PART 2 OF ATTORNEY GENERAL BARR'S INTERVIEW TONIGHT AT 6PM ET ON 'SPECIAL REPORT'
The attorney general said that effort remained intense following Trump’s election, even as –­ he said –­ it became "painfully obvious" there was little basis.
“The other area of concern is that after the election, even though they were closing down, some of it as we've seen in the [Michael] Flynn case and say there's nothing here, for some reason they went right back at it, even at a time where the evidentiary support or claimed support, like the dossier, was falling apart,” Barr said, referencing the dossier compiled by ex-British spy Christopher Steele as part of Democratic opposition research.
“And it's — it's very hard to understand why they continued to push and even make public in testimony that they had an investigation going, when it was becoming painfully obvious, or should have been obvious to anyone, that there was nothing there,” he continued. 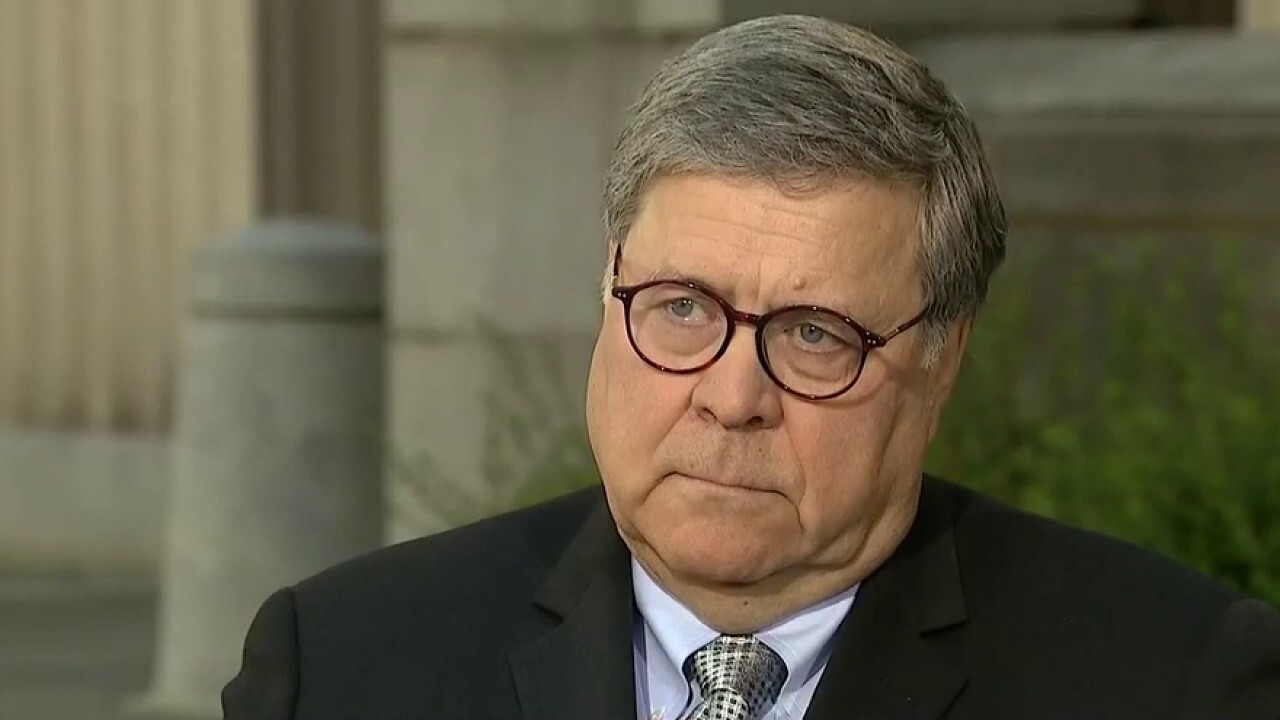 Video
VIDEO
The question of when senior FBI officials knew about the weaknesses of the dossier has been a focus of Senate Judiciary Committee Chairman Lindsey Graham, who has been investigating the Russia probe’s origins. On Fox News’ “Sunday Morning Futures” this past weekend, Graham pointed to how Steele’s sub-source had said during an FBI interview that the dossier was not accurate, even though it ended up being used to support a warrant application to conduct surveillance of Trump campaign adviser Carter Page.
SEN. GRAHAM REFUSES TO LET FISA ABUSE GET PINNED ON LOW-LEVEL FBI STAFF: 'I BELIEVE IT GOES TO THE VERY TOP'
“I believe it goes to the very top, and I’m going to get to the bottom of it and that means Sally Yates and Rosenstein, and McCabe and Comey are all going to come before the committee and they’re going to be asked, ‘What did you know and when did you know it?’” Graham said.
Meanwhile, Connecticut U.S. Attorney John Durham continues his probe into the Russia investigation’s origins, which could potentially result in criminal charges.
Barr, for his part, has been under fire from Democrats, including for the decision to drop the case against former national security adviser Michael Flynn, who pleaded guilty to lying to investigators. The DOJ, though, has since challenged the basis for the FBI interview that led to the guilty plea.
During part one of Barr’s interview, which aired Monday evening, the attorney general addressed recent calls from some Democrats to defund police forces in the aftermath of George Floyd’s death.
“I think defunding the police, holding the entire police structure responsible for the actions of certain officers is wrong and I think it is dangerous to demonize police,” Barr said.
CLICK HERE FOR THE FOX NEWS APP
The attorney general did indicate that the federal government should help set standards that abolish the use of police chokeholds and similar techniques. This is one of several aspects of a sweeping police reform bill that Democrats unveiled Monday.
The “Justice in Policing Act of 2020” would also establish a registry of police misconduct and lower the bar for officers to face legal consequences for their actions. The federal standard currently requires that officers “willfully" violate constitutional rights in order to face prosecution, but the new bill would broaden that to include “reckless” violations as well.


Fox News' Bret Baier, Andrew O'Reilly, and Gregg Re contributed to this report.
Source>https://www.foxnews.com/politics/barr-says-fbi-was-spring-loaded-to-investigate-trump-campaign-ignored-exculpatory-evidence
Posted by theodore miraldi at 10:04 AM