BET founder Robert Johnson, in an interview Wednesday with Fox News, blasted those who are toppling Confederate and other statues across the nation as "borderline anarchists" -- while challenging the notion that black Americans support this.
People tearing down statues "have the mistaken assumption that black people are sitting around cheering for them saying 'Oh, my God, look at these white people. They're doing something so important to us. They're taking down the statue of a Civil War general who fought for the South," Johnson said. "You know, black people, in my opinion, black people laugh at white people who do this the same way we laugh at white people who say we got to take off the TV shows."
TRUMP TO SIGN EXECUTIVE ORDER PROTECTING FEDERAL STATUES, MONUMENTS
Johnson, who became the country's first black billionaire in 2001, has made a $14 trillion pitch for reparations to descendants of slavery. But he said the movement to take down statues, cancel TV shows and fire professors does nothing to close the wealth gap that has persisted since slavery.
It's "tantamount to rearranging the deck chairs on a racial Titanic," Johnson told Fox News. "It absolutely means nothing." 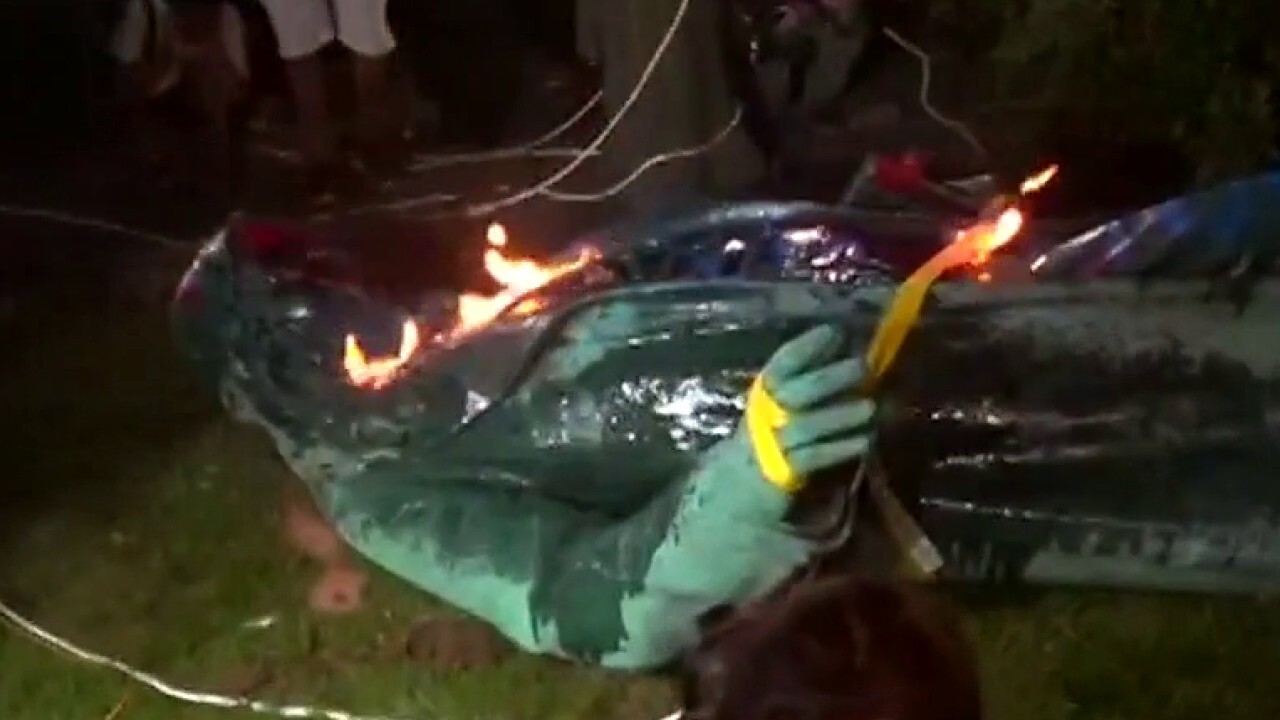 Video
Johnson argued that the statue destruction that has swept the nation is meaningless to black Americans who could benefit much more from structural changes like economic equality.
“Look, the people who are basically tearing down statues, trying to make a statement are basically borderline anarchists, the way I look at it. They really have no agenda other than the idea we're going to topple a statue," Johnson said. "It's not going to give a kid whose parents can't afford college money to go to college. It's not going to close the labor gap between what white workers are paid and what black workers are paid. And it's not going to take people off welfare or food stamps.”
FROM GEORGE WASHINGTON TO ULYSSES S. GRANT: STATUES, MONUMENTS VANDALIZED EXTEND BEYOND CONFEDERATES
Johnson rejected the backlash against public figures who say "all lives matter" instead of "black lives matter," and the cancel craze targeting TV shows like "Dukes of Hazzard" and movie classics such as "Gone with the Wind."
He also mocked white celebrities for what he described as apologizing for their race in emotional social media speeches.
"You know, that to me is the silliest expression of white privilege that exists in this country. The notion that a celebrity could get on a Twitter feed and say, 'oh, my God, I am so sorry that I am white.’ I don't find any black people getting on Twitter and saying, 'Oh, I'm so sorry I'm black.' And we got the worst problems. ... My thing is: embrace being white and do the right thing."
Johnson suggested white Americans need to ask black Americans what they really want.
CLICK HERE TO GET THE FOX NEWS APP
"White Americans seem to think that if they just do sort of emotionally or drastic things that black people are going to say, ‘Oh my God, white people love us because they took down a statue of Stonewall Jackson.’ Frankly, black people don’t give a damn," Johnson added.
Source>https://www.foxnews.com/politics/bet-founder-mocks-crowds-statues
Posted by theodore miraldi at 6:47 PM