I hate to say this, but has anyone noticed how many women in positions of power are in over their heads? Thank God there are far more competent women getting un-noticed contributing to our nation!
'As Women Go, So Do Culture & Society'...tmiraldi

The leadership in Seattle appeared to be in disarray on Friday after the city's embattled mayor called the protesters who took over an "autonomous zone" in the city "patriotic" while the official who ordered police to flee the nearby precinct has refused to come forward.
Despite the slow-moving disaster and protesters calling on Mayor Jenny Durkan and Chief Carmen Best to resign, the mayor resisted the call and raised eyebrows when she joked about considering a "Thelma & Louise" moment in an interview, referring to the 1991 movie about two women on the run from the law. 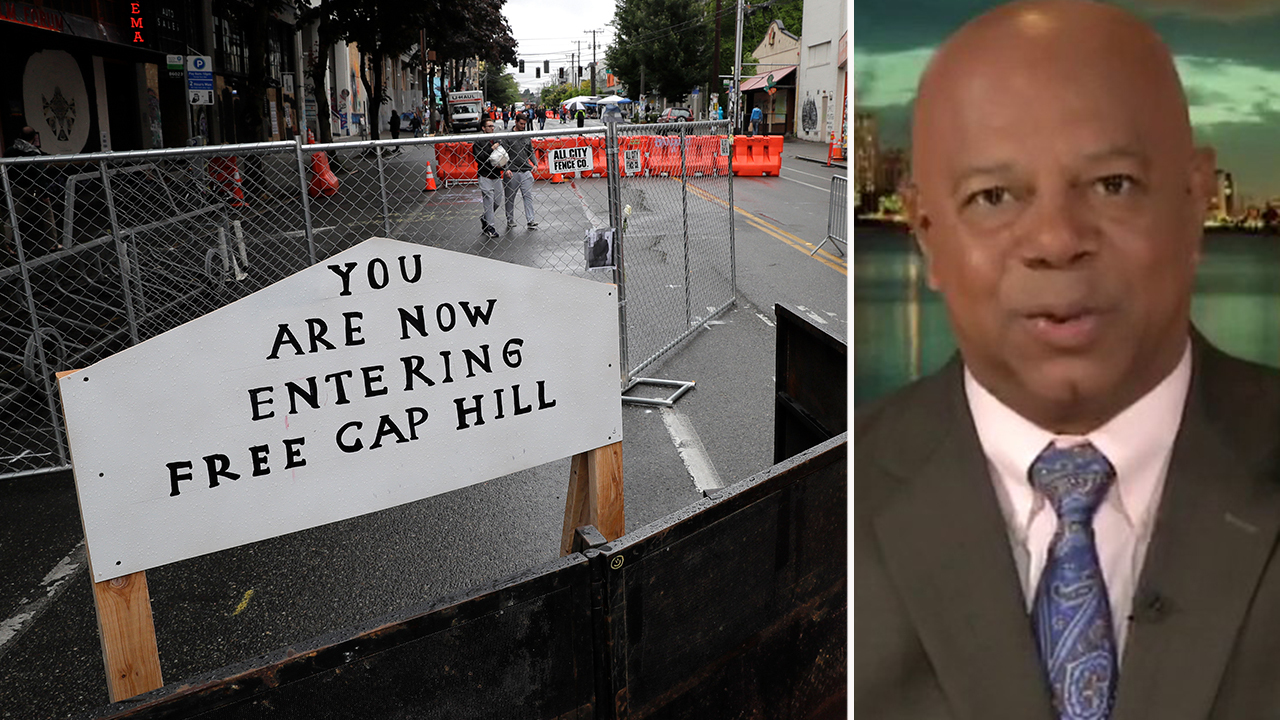 Video
At Thursday's news conference, Best told reporters it wasn't her decision to leave the precinct, while Durkan also denied responsibility, according to The Stranger, a Seattle-based newspaper.
"We were asked to do an operational plan in case we needed to leave," Best said. "The decision was made. We're still evaluating about how that change came about but it didn't come from me."
Despite the fact that police cannot gain full access to the police station, Durkan tried to downplay the situation on the ground. She claimed that Trump was wrong to call the protesters "domestic terrorists."
“It’s simply not true. Lawfully gathering and expressing first amendment rights, demanding we do better as a society, and providing true equity for communities of color is not terrorism. It’s patriotism,” she said.
Durkan has tweeted that the protest is "a peaceful expression of our community's collective grief and their desire to build a better world."
KIRO 7 reported, citing police, that demonstrators moved barricades near the police station and threw rocks and “improvised explosives” at officers on several occasions. Best reportedly said that 25 cops were injured since the protests began.
“You fought for days to protect (The East Precinct). I asked you to stand on that line. Day in and day out, to be pelted with projectiles, to be screamed at, threatened and in some cases hurt. Then to have a change of course nearly two weeks in, it seems like an insult to you and our community,” Best said in a video, according to the station.
HANNITY BLASTS WASHINGTON GOV. SEATTLE MAYOR AMID CHAZ CHAOS: 'DOING NOTHING TO PROTECT THEIR PEOPLE'

Seattle Mayor Jenny Durkan said she and SPD Chief Carmen Best will not resign. "The answer is no and no. We thought about a Thelma and Louise moment..." Durkan said. #seattleprotests #CHAZ


60 people are talking about this

On Thursday, the crowd continued to occupy the six-block downtown area, named the “Capitol Hill Autonomous Zone” (CHAZ) because of its location in the city's Capitol Hill neighborhood.
A few police officers re-entered the so-called “cop-free zone” on the way to the boarded-up, abandoned East Precinct building.
SEATTLE OFFICERS FACE 'AUTONOMOUS ZONE' CROWD, SAYS 911 RESPONSE TIMES HAVE TRIPLED
“Tensions are high in the CHAZ after some officers came in to enter the East Precinct,” Town Hall journalist Julio Rosas tweeted Thursday, along with a two-minute video of the encounter. “Some in the crowd wanted to make sure nothing happened to the officers. Others wanted to prevent the officers from entering the zone.”

Replying to @Julio_Rosas11
Occupiers forced this guy out who was live-streaming inside the zone. The crowd was calling him a white supremacist, though the man being pushed out says he’s simply an anti-abortion advocate. The crowd chanted, “Who don’t matter? This motherfucker!” 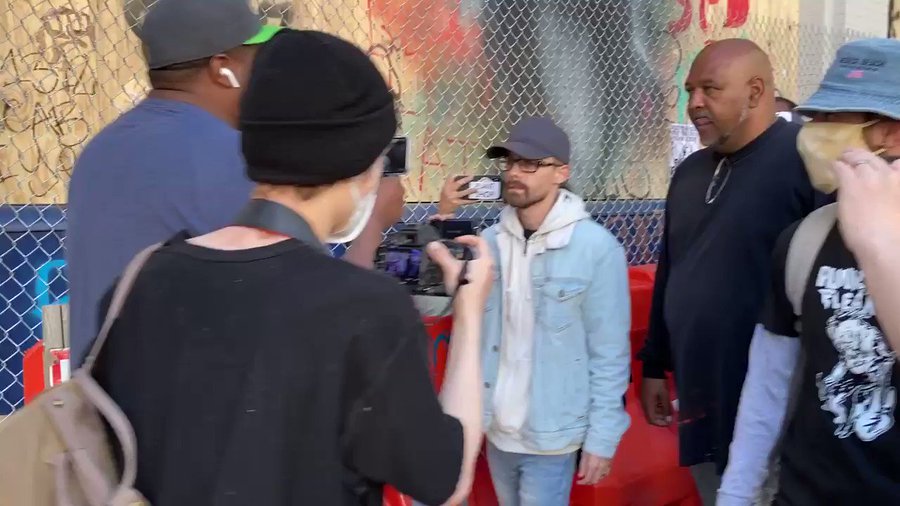 Julio Rosas
✔@Julio_Rosas11
Tensions are high in the CHAZ after some officers came in to enter the East Precinct. Some in the crowd wanted to make sure nothing happened to the officers. Others wanted to prevent the officers from entering the zone. Arguments are breaking out amongst the crowd. 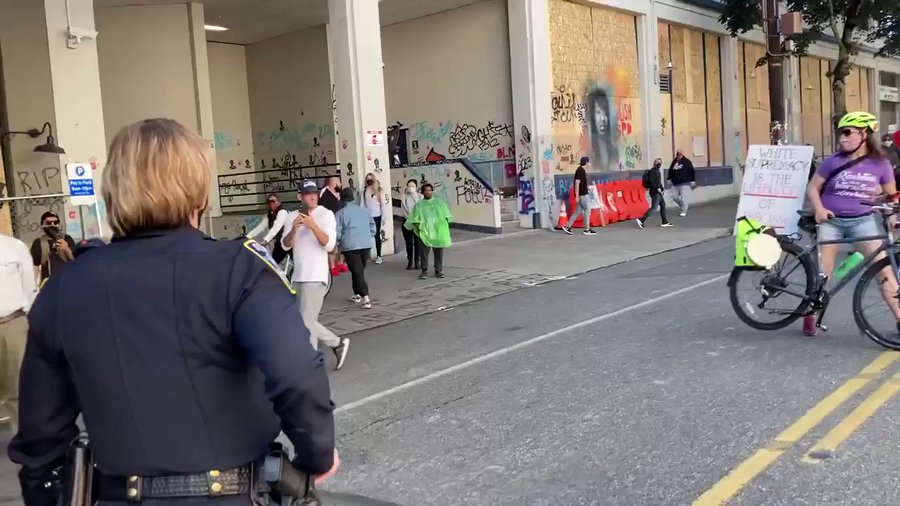 An officer can be overheard in the video telling a protester that “our 911 response time has tripled from what it was before we had officers not working out of this precinct.”
President Trump told Fox News' Harris Faulkner in an exclusive interview Thursday that his administration is "not going to let Seattle be occupied by anarchists."
"If there were more toughness, you wouldn't have the kind of devastation that you had in Minneapolis and in Seattle. I mean, let's see what's going on in Seattle," Trump told Faulkner. "I will tell you, if they don't straighten that situation out, we're going to straighten it out."

It's clear @realDonaldTrump doesn’t understand what’s happening on five square blocks of our City. Cal Anderson and Capitol Hill has for decades been a place for free speech, community, and self expression.


21K people are talking about this

Durkan has insisted that CHAZ was "not a lawless wasteland of anarchist insurrection," but a peaceful expression of the community's grief following the death of George Floyd in police custody on May 25 in Minneapolis.
Fox News' Edmund DeMarche, Vandana Rambaran and Michael Ruiz contributed to this story.
Source>https://www.foxnews.com/politics/seattle-mayor-says-neither-she-nor-police-chief-will-resign-despite-calls-from-protesters
Posted by theodore miraldi at 9:45 AM