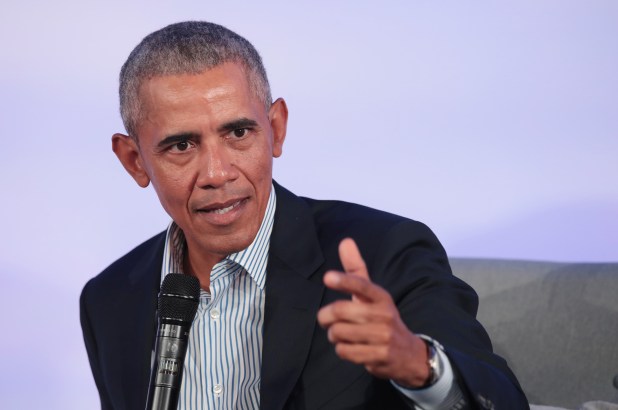 Files unsealed in the final stages of Michael Flynn’s years-long court struggle reveal a real stunner — confirmation that President Barack Obama played a central role in foisting the whole phony Russiagate “scandal” on the country.
Notes handwritten by (now disgraced) FBI agent Peter Strzok show Obama, with then-Veep Joe Biden playing along, encouraging the FBI and Justice Department’s investigation of Flynn, even as they were told his actions “appear legit.”
The document, plainly Strzok’s notes of FBI chief Jim Comey’s account, offer more details of the Jan. 5, 2017, Oval Office meeting of Obama, Biden, Comey, National Security Adviser Susan Rice and Deputy Attorney General Sally Yates.
On learning that the FBI was set to close its investigation into Flynn after finding no evidence of wrongdoing, Obama and Biden suggested finding ways to keep it open, with Biden bringing up the (dead letter) Logan Act.
More, the notes have Obama ordering the continued investigation be kept secret from the incoming president and his people: “Make sure you look at things and have the right people on it.”
In the new administration, holdovers Comey and Yates did manage to take out Flynn, sidelining any effective White House oversight of the rogue Russiagate probe — and allowing it to metastasize.
Biden told ABC last month, “I know nothing about those moves to investigate Michael Flynn.” Was he lying, or has his memory grown that bad?
US Attorney John Durham is reviewing the origins of the Russiagate probe to see just what was unlawful or inappropriate. The public needs to hear his report well before November’s election.
Source>https://nypost.com/2020/06/27/fresh-evidence-obama-ordered-up-the-phony-russiagate-scandal/
Posted by theodore miraldi at 9:47 AM