Clinton calls Trump 'Failure' in a blistering interview, questions how anyone 'with a beating heart and a working mind' supports him
Guess she's talking about all of you Deplorables out there while she supports Aborting the Unborn with Beating Hearts, and killing Ambassadors!
...tmiraldi 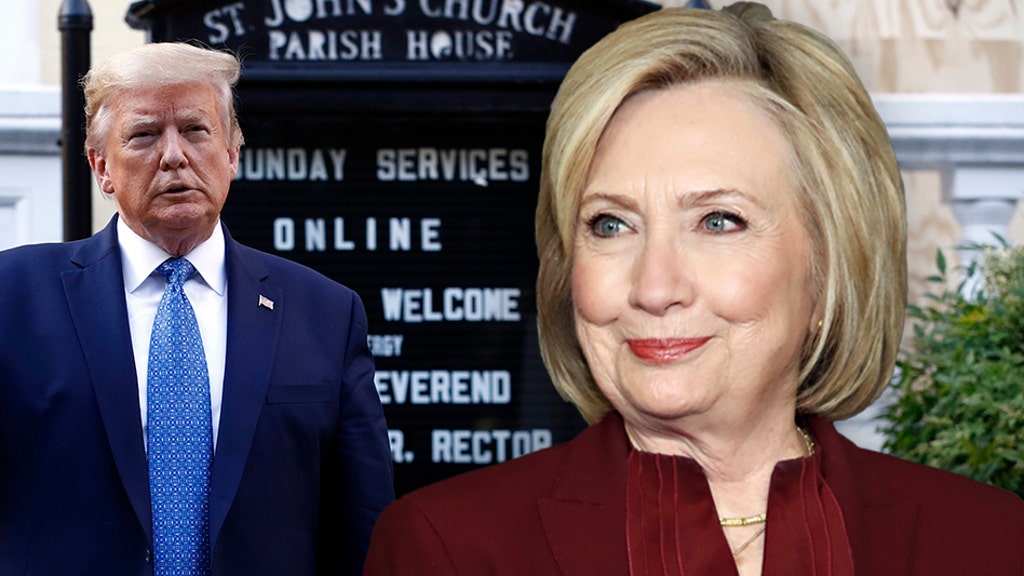 Former Secretary of State Hillary Clinton railed against President Trump and his response to George Floyd’s death in a new interview with the Los Angeles Times, saying his handling of the situation has been “inadequate” and that the president has been “such a failure across the board.”
In excerpts of the interview that were published Saturday, Clinton pulled no punches when it comes to the president or his supporters.
EX-HILLARY CLINTON SPOKESMAN SLAMMED AFTEr ENDORSING 'DEFUND THE POLICE' PUSH
“It is a mystery why anybody with a beating heart and a working mind still supports him,” she said.
Clinton accused Trump of making everything “all about him” instead of addressing problems head on.
“If it’s about a terrible pandemic with an unprecedented virus, he tries to ignore it, tries to keep the attention on himself,” she said. “Then when it becomes impossible to do that, he tries to seize the moment and turn it into a daily rally, like he loves to do. And then when it becomes impossible to ignore, he tries to change the subject, he tries to withdraw from the spotlight so he can come up with some other diversion and distraction for the body politic and the press.”
Clinton then said that in the immediate aftermath of Floyd’s death after being pinned to the ground by Minneapolis police, Trump appeared to respond well, but then dropped the ball.
HILLARY CLINTON ACCUSES TRUMP OF 'CALLING FOR VIOLENCE AGAINST AMERICAN CITIZENS' WITH MINNEAPOLIS TWEET
“[W]hen we have a terrible killing like we did in Minneapolis, he makes some steps toward — in the very early hours after we all saw that horrific video — to look like he’s going to be empathetic, to look like he’s going to try to talk about this stripping bare of the continuing racism and inequities of law enforcement and justice system,” she said. “And then he pivots again because he’s not comfortable doing that.”
The former senator and first lady referred to “the belligerence and the threat-making and the photo-opping,” referring to Trump’s controversial photo outside a D.C. church after smoke canisters and pepper balls were used to clear the area. At the time, Clinton had tweeted that it was “a horrifying use of presidential power.”
The interview excerpts went up a day after Clinton published a blog post on Medium about Floyd’s death and systemic racism.
CLICK HERE TO GET THE FOX NEWS APP
“For many white people, conversations about systemic racism and our own privilege are uncomfortable,” she wrote. “Here’s what I’ve learned over the years: That discomfort is a good thing. It’s a necessary part of examining our own biases and actions, and our own role in perpetuating inequality.”
Clinton’s public statements have been met with harsh criticism on social media, with those supporting Trump as well as Clinton’s 2016 primary opponent Sen. Bernie Sanders, I-Vt., using the hashtag “#STFUHillary.”
Posted by theodore miraldi at 11:55 AM