Senate Majority Leader Mitch McConnell, R-Ky., on Wednesday accused Democrats of a “bizarre new ultimatum” on police reform, saying Democrats want to be allowed to rewrite the chamber's legislation before it is even debated.
“The Senate was supposed to officially take up police reform on the floor today, instead our Democratic colleagues are poised to turn this routine step into a partisan impasse,” he said.
POLICE REFORM LEGISLATION FALTERS IN WASHINGTON AHEAD OF WEDNESDAY TEST VOTE
The Senate is expected to take a procedural vote sometime around noon to begin debate on the Republican-authored police reform bill, but Democrats are expected to block even starting debate over their concerns that the legislation does not go far enough.
McConnell said the bill was a “first offer” ahead of the debate process and that “nobody thought” it was going to be the final product.
“What’s supposed to happen in this body is that we vote or agree to get on to a bill and then we discuss, debate and amend it until at least 60 senators are satisfied or it goes nowhere,” he said.
He then said Democrats, by threatening to block the procedural vote, were essentially demanding that they be able to rewrite the bill in advance of the debate and amendment process.
“Now in the last 48 hours this bizarre new ultimatum, now they don’t want to take up the issue,” he said. “They don’t want a debate, they don’t want amendments, they'll filibuster police reform from even reaching the floor of the Senate unless the majority lets the minority rewrite the bill behind closed doors in advance.”
‘JUSTICE ACT’: WHAT’S IN THE SENATE REPUBLICAN POLICE REFORM BILL
To start the debate, Republicans need 60 yea votes, but Republicans only have 53 and are not expected to see many Democrats support them – which would essentially stall police reform in Congress. The House also has its own version of police reform, but it is unclear if that can muster support in the Senate.
The push for police reform came after the death of George Floyd last month in police custody. The Republican bill, written by Sen. Tim Scott, R-S.C., doesn't ban chokeholds outright – as the Democrats' bill does – and doesn't end qualified immunity that can protect cops from lawsuits from victims of police brutality. 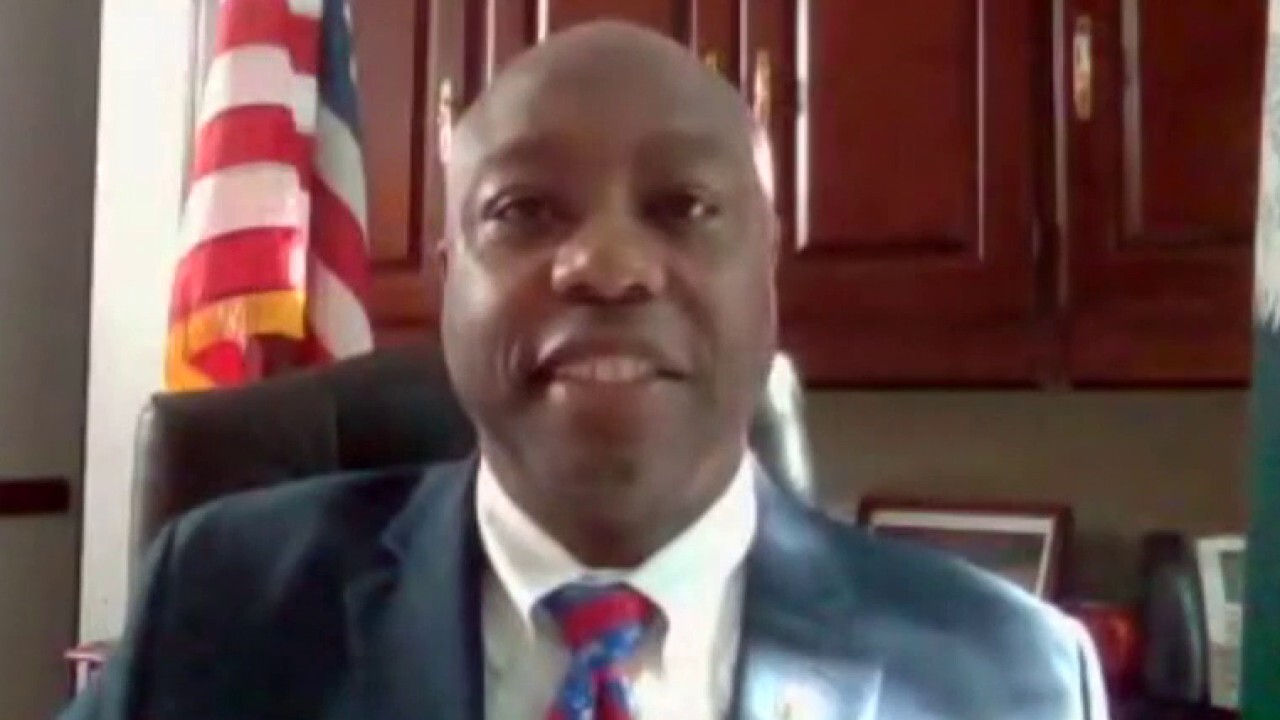 Video
VIDEO
The GOP legislation, however, would beef up requirements for law enforcement to compile use of force reports. It would also establish the Breonna Taylor Notification Act to track “no-knock” warrants. To focus on ending chokeholds, it encourages agencies to do away with the practice or risk losing federal funds.
Senate Minority Leader Chuck Schumer, D-N.Y., shot back at McConnell, saying that he was trying to “show he was doing something” while getting nothing done.
SENATE REPUBLICANS UNVEIL POLICE REFORM LEGISLATION: 'WE HEAR YOU'
"Don't get on your sanctimonious horse, Leader McConnell. You have none of the civil rights leaders behind you," he said.
But Scott questioned whether Democrats were more concerned about scoring political points in an election year than actually making policy.
CLICK HERE TO GET THE FOX NEWS APP
"If they won't even start it, that tells me that this is already over," Scott said of the vote on Tuesday.
Fox News’ Marisa Schultz and Chad Pergram contributed to this report.
Source>https://www.foxnews.com/politics/mcconnell-dems-police-reform

Posted by theodore miraldi at 4:09 PM