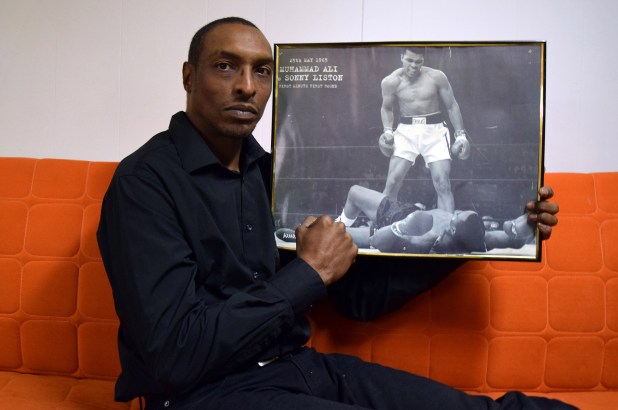 
On the fourth anniversary of his death, Muhammad Ali’s only biological son says that his father would be against Black Lives Matter, calling the movement “racist” and the protesters “devils.”
The legendary boxer and activist stood up against racism throughout his life, but Muhammad Ali Jr. says his dad would have been sickened by how the protests have turned to violence and looting after the death of George Floyd.
“Don’t bust up s–t, don’t trash the place,” he told The Post. “You can peacefully protest.
‘‘My father would have said, ‘They ain’t nothing but devils.’ My father said, ‘all lives matter.’ I don’t think he’d agree.
Of the BLM movement, Ali Jr., a Muslim like his father, said: “I think it’s racist.”
“It’s not just black lives matter, white lives matter, Chinese lives matter, all lives matter, everybody’s life matters. God loves everyone — he never singled anyone out. Killing is wrong no matter who it is,” Ali said during an hour-long interview with The Post.
On police brutality, Ali defended law enforcement in general.
“Police don’t wake up and think, ‘I’m going to kill a n—-r today or kill a white man,'” he said. “They’re just trying to make it back home to their family in one piece.
Speaking of Floyd’s killing at the knee of a white Minneapolis police officer, Ali said, “The officer was wrong with killing that person, but people don’t realize there was more footage than what they showed. The guy resisted arrest, the officer was doing his job, but he used the wrong tactic.”
He agrees with President Trump that Antifa fomented violence during the Floyd protests and should be labeled a terrorist organization.
“They’re no different from Muslim terrorists. They should all get what they deserve. They’re f–king up businesses, beating up innocent people in the neighborhood, smashing up police stations and shops. They’re terrorists – they’re terrorizing the community. I agree with the peaceful protests, but the Antifa, they need to kill everyone in that thing.
“Black Lives Matter is not a peaceful protest. Antifa never wanted it peaceful. I would take them all out.”
A Father of two, Ali, 47, lives in Hallandale Beach, Florida, and has struggled to make ends meet in recent years working as a landscape gardener and construction worker. He’s previously said he gets only a $1,000 monthly allowance from his father’s estimated $60 million estate.
“The Greatest” had nine children — Muhammad Jr., eight daughters and an adopted son, Asaad Amin — with four wives. Junior was the fourth-born to first wife Belinda Boyd, who converted to Islam and now goes by Khalilah Ali.
After the retired champ married his final wife Lonnie Williams in 1986, relations between son and father began to fray and, in the last decade of Ali’s life, completely fell apart. Ali blames his step-mom for the estrangement.
While Ali spent his final days at his estate in Scottsdale, Arizona, Ali Jr. lived in a dingy two-bed flat in Englewood on Chicago’s crime-ridden South Side. He split from wife Shaakira shortly after his father’s death on June 3, 2016.
Despite strong tensions between the black community and the Chicago PD — especially after 17-year-old Laquan McDonald was shot dead in 2014 by a cop later convicted of murder — Ali says he was never singled out by cops for his skin color, and defends them against charges of institutional racism.
“Not all the police are bad, there’s just a few. There’s a handful of police that are crooked, they should be locked up,” he said. “I never had a bad scene with a cop. They’ve always been nice and protect me. I don’t have a problem with them.”
This, despite twice being held and questioned by the TSA under President Trump’s travel ban on seven Muslim-majority nations. Ali was released both times.
Instead, Ali goes a step further calling out Black Lives Matter as a divisive movement.
“It’s a racial statement,” he said. “It’s pitting black people against everyone else. It starts racial things to happen; I hate that.”
Ali said he supports President Trump and that his father — who went to jail for refusing to be drafted during the Vietnam War on the basis of his religious beliefs — would have too.
Ali, who was ravaged by Parkinson’s disease and died at 74, appeared to be politically ambivalent most of his life, once endorsing liberal Democrat Jimmy Carter but supporting the reelection of conservative Republican Ronald Reagan (who was backed by only 9 percent of black people). 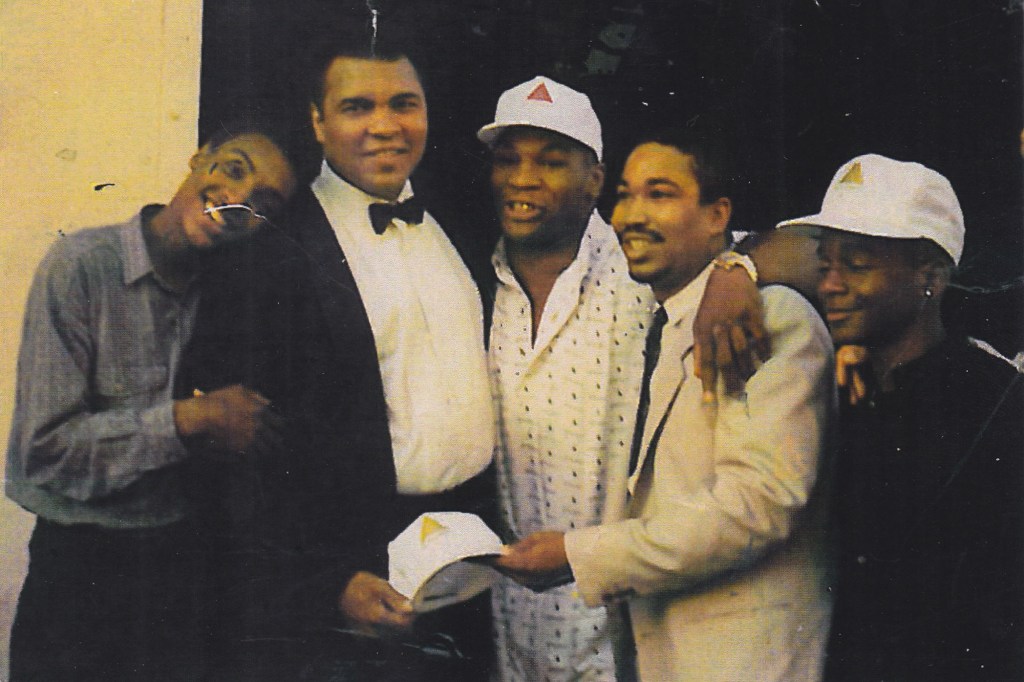 “I think Trump’s a good president. My father would have supported him. Trump’s not a racist, he’s for all the people. Democrats are the ones who are racist and not for everybody.
“These [Democrat politicians] saying Black Lives Matter, who the hell are you to say that? You’re not even black.
“Democrats don’t give a s–t about anybody. Hillary Clinton doesn’t give a s–t; she’s trying not to get locked up.
“Trump is much better than Clinton and Obama. … The only one to do what he said he would do is Donald Trump.”
Source>https://nypost.com/2020/06/20/muhammad-alis-son-says-he-wouldve-hated-black-lives-matters/
Posted by theodore miraldi at 10:46 AM