Garrett Rolfe, the Atlanta police officer fired after the killing of Rayshard Brooks last week, now faces 11 charges including felony murder, which could potentially lead to the death penalty, a Georgia district attorney announced Wednesday.
A second officer, Devin Brosnan, is facing three charges, including aggravated assault. Brosnan has agreed to testify in the case against Rolfe, Fulton County District Attorney Paul Howard Jr. said at a news conference.
Brooks was shot and killed outside a Wendy’s restaurant where he’d apparently fallen asleep in his car in the drive-thru lane. He allegedly failed a field sobriety test -- and ultimately was seen wrestling with the officers and running with one of their Tasers leading up to the shooting. 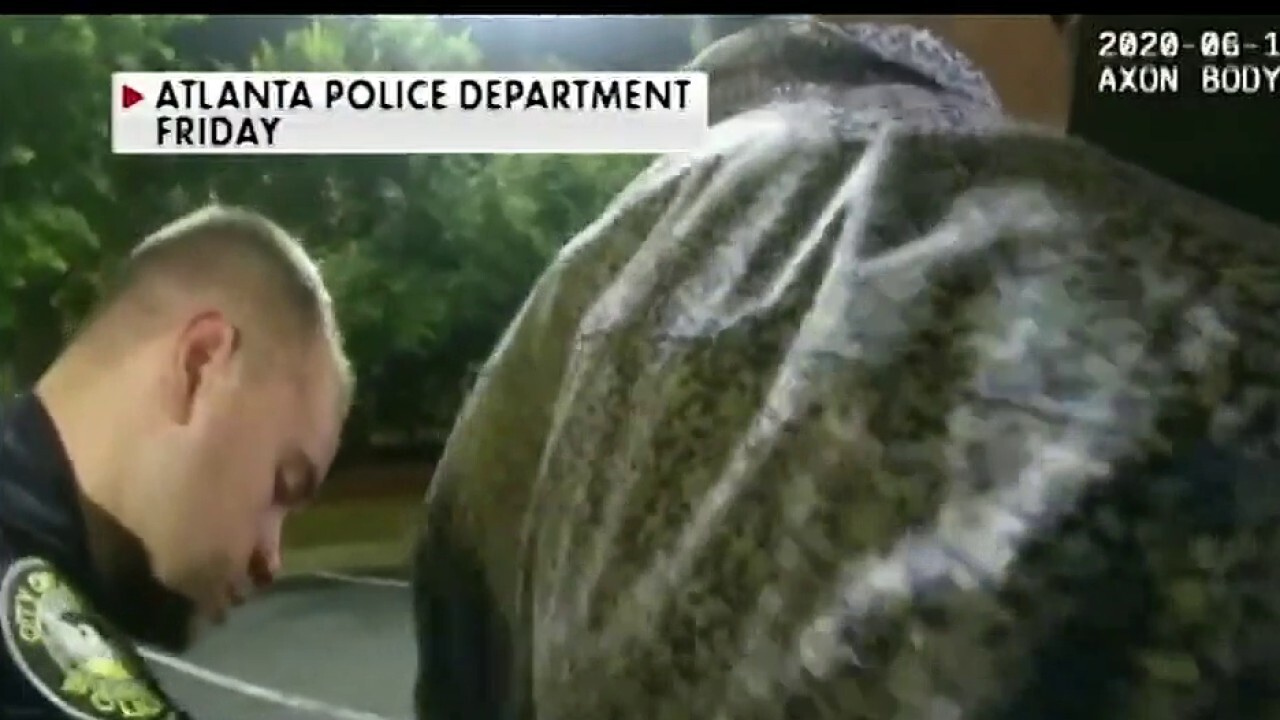 Video
VIDEO
"We've concluded, at the time Mr. Brooks was shot, that he did not pose an immediate threat of death or serious physical injury to the officer or officers," Fulton County District Attorney Paul Howard Jr. said at a news conference Wednesday.
The charges against Rolfe included felony murder and aggravated assault, some in connection with a stray bullet that struck a bystander’s occupied vehicle.
ATLANTA POLICE OFFICER GARRETT ROLFE FIRED, ANOTHER REASSIGNED AFTER RAYSHARD BROOKS DEATH
Brooks, 27, was seen running across the parking lot with a bright object in his hand, which the Georgia Bureau of Investigation said was the stolen Taser, as an officer chased him, also carrying what appeared to be a Taser.
Howard said investigators had reviewed at least eight videos of the incident, including police body and dashcam images as well as Wendy's surveillance footage and cellphone recordings taken by witnesses at the scene.
Brooks turned back, extending the object and then the officer in pursuit opened fire with a handgun.
In a statement, lawyers for Rolfe said their client used permissible force under the circumstances.
“Officer Rolfe heard a sound like a gunshot and saw a flash in front of him,” they said. “Fearing for his safety, and the safety of the civilians around him, Officer Rolfe dropped his Taser and fired his service weapon.”
Rolfe, they said, rendered aid, called an ambulance and performed CPR on Brooks.
But Howard, the district attorney, said in the news conference that Brooks did not receive medical attention for over two minutes.
“Officer Rolfe actually kicked Mr. Brooks while he laid on the ground,” Howard alleged. The officers also allegedly stood on his shoulder as he bled on the ground.
The Atlanta Police Department fired Rolfe and reassigned Brosnan following the incident. The city’s police chief also offered her resignation.
Chris Stewart, a lawyer for Brooks’ widow, said the family and legal team were unaware of the allegation that Rolfe had kicked Brooks while he was down.
“Even in dark times like this, you have to try and see the light,” he said. “And, the positivity of this situation is the courageousness of Officer Brosnan to step forward and say what happened was wrong. It is officers like that who change policing.”
During a question-and-answer period of the news conference, Howard dismissed a question about being in the middle of a runoff election.
CLICK HERE TO GET THE FOX NEWS APP
“Let’s deal with Mr. Brooks today,” he said. “We can deal with the election tomorrow.”
He went on to propose the idea of giving prosecutors the ability to indict police officers without first going to a grand jury in similar cases as a means of police reform. He also called for eliminating both sovereign and qualified immunity in police cases.
Source>https://www.foxnews.com/us/rayshard-brooks-atlanta-officer-garrett-rolfe-murder-charges-death-penalty-eligible
Posted by theodore miraldi at 5:29 PM