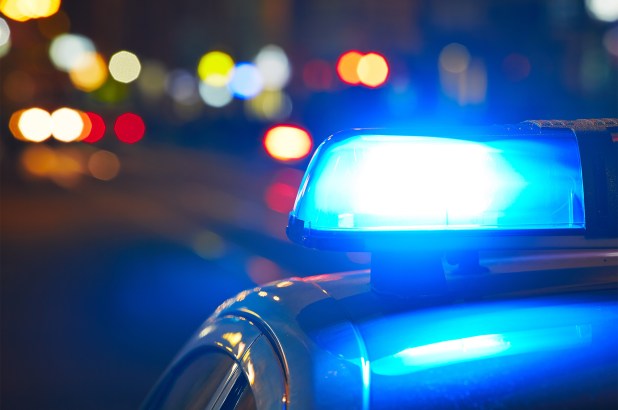 
A driver plowed through a crowd of Black Lives Matter demonstrators in Austin, Texas and then shot dead an armed protester who confronted him, according to police and reports.
The unidentified victim was thought to have been “carrying a rifle and approached [the] suspect’s vehicle” just before 10 p.m. Saturday, Austin police spokeswoman Katrina Ratliff told reporters at the scene.
The car had sped through the crowd of protesters and slammed into an orange barrier before coming to a stop, witness Michael Capochiano told the Statesman.
“There were people around the car, yelling, and people sounding like they were frightened,” Capochiano told the paper.
The armed protester approached — then a shot rang out and he “dropped to the ground,” Capochiano said.
Video posted on social media from the same time showed protesters screaming and fleeing as an initial five shots echoed, followed by another three after a short pause, according to KVUE.
Police monitoring the rally found the victim with gunshot wounds and he was pronounced dead shortly after being taken to a local hospital, Ratliff said.
The driver sped away, according to the witnesses, before he was detained and is “cooperating with officers,” Ratliff said, saying it is being treated as a homicide.
The deadly shooting came as violence again broke out at protests across the country Saturday, with Seattle police declaring a riot and deploying flash bangs and pepper spray to try to clear an area previously deemed the “occupied protest zone.”
Authorities in Portland, Oregon, also declared a riot early Sunday after protesters breached a fence surrounding the city’s federal courthouse building where US agents have been stationed.
In Colorado, a car drove through protesters in the suburban Denver suburb of Aurora while at least one person was shot by a protester, according to authorities. The unidentified victim was taken to a local hospital and is in stable condition.

Protesters also broke windows to the courthouse and a fire was started in an office, police said. An unlawful assembly was declared and police ordered protesters to leave the area, authorities said.
Protests sparked by the May 25 death of George Floyd, a black man in Minnesota who died after a white officer held him to the ground with a knee to his neck, have also highlighted other cases of fatal police violence.
In Colorado, protesters have been drawing attention to the death of Elijah McClain, who was stopped by police while walking down an Aurora street in August 2019 after a 911 caller reported him as suspicious.
Police placed him in a chokehold, and paramedics administered 500 milligrams of ketamine, a sedative, to calm him down. He went into cardiac arrest, was later declared brain dead and taken off life support.
With Post wires
Source>https://nypost.com/2020/07/26/protester-shot-dead-after-confrontation-at-black-lives-matter-rally/
Posted by theodore miraldi at 11:30 AM