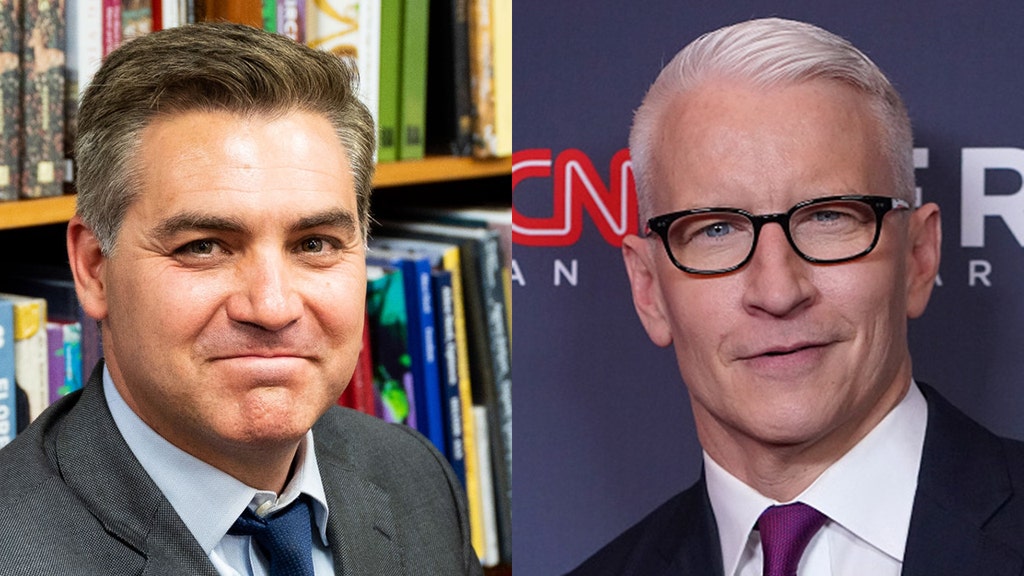 CNN appeared particularly peeved that President Trump veered off-script Tuesday by attacking presumptive Democratic presidential nominee Joe Biden in the Rose Garden, unleashing the liberal network’s reporters and anchors to criticize and offer partisan opinions of the event.
Conservative communications strategist Chris Barron said CNN has dropped journalism for “sad resistance performance art” since Trump took office, and Tuesday was simply the latest example.
FOX NEWS CHANNEL FINISHES QUARTER WITH RECORD-SETTING VIEWERSHIP
“CNN is a collection of the least self-aware people on the planet. Their 24/7 rants about Trump speak more about themselves than they do about the President,” Barron told Fox News. “CNN, long ago, dropped any pretense of being an actual news organization, opting instead for some sad resistance performance art.”
CNN has long been criticized for maintaining that it is a down-the-middle, nonpartisan news organization despite pushing content that proves otherwise.
When Trump’s remarks concluded, CNN’s chief White House correspondent Jim Acosta took to Twitter with his personal opinion of the moment, saying the president “soiled” the Rose Garden by turning his attention to Biden rather than focusing on announcing a pro-Hong Kong executive order.
DON LEMON SAYS BLACK LIVES MATTER ISN'T ABOUT BLACK-ON-BLACK CRIME
CNN’s Jim Acosta and Anderson Cooper offered their personal opinions of President Trump’s Rose Garden remarks.
“Trump soiled the WH Rose Garden with that performance. Presidents do not use the Rose Garden in that kind of naked political fashion. That was not a press conference, as the WH described it. It was a campaign rally disguised as a press conference. It was a bait and switch,” Acosta wrote.
Actor James Woods mocked the tweet, responding, "Now do journalism."
Anderson Cooper, who is billed as a news anchor and has even moderated presidential debates, took a jab at Trump’s "tan" when offering his opinion on the Rose Garden remarks.
“This wasn’t some stadium packed full of supporters who come jeer and cheer and bask in the glow of this artificially tan man. His meandering screed was not close to anything one would expect, or accept, of a president but that shouldn't surprise us,” Cooper told viewers before mocking the way Trump breathes.
“We listened to this man muse and meander, rant and regurgitate the same tired tropes and untruthful claims. We watch him boast and brag and preen do that odd thing with his nose when he sucks in air very loudly and none of it surprises us. That's how far we have fallen,” Cooper said.
NewsBusters managing editor Curtis Houck called Cooper’s rant “predictably sophomoric commentary masquerading as journalism,” complete with “his usual condescension” and “feigning of outrage.”
TRUMP SIGNS EXECUTIVE ORDER TO HOLD CHINA ACCOUNTABLE FOR ACTIONS AGAINST HONG HONG
“This isn't the behavior of a news anchor. This is the behavior of a juvenile pundit firing off grievances with generalizations against people they don't like,” Houck wrote to caption video of the clip.
Later in the evening, Acosta was back to discuss the Rose Garden event with Cooper, who asked if White House staffers shake their heads at such behavior from the president.
“No, Anderson, we are down to Kool-Aid drinkers and next-of-kin here at the Trump White House. There are no more adults that will level with the president and tell him he can't deliver a rally-like rant in the Rose Garden as he did earlier this evening,” Acosta answered.
The president's decision to turn the scheduled China remarks into a campaign-style speech against Biden was widely noted across the cable news landscape, but it was far from the commentary offered by CNN’s reporters.
CNN was still at it on Wednesday morning, when Trump's remarks were referred to as a “rambling campaign speech in the Rose Garden” during the network’s morning show.
Fox News’ Andrew O’Reilly contributed to this report.
Source>https://www.foxnews.com/media/cnn-jim-acosta-anderson-cooper-trump-rose-garden
Posted by theodore miraldi at 11:24 AM