For LEFT-WING Purists, Moderates — Not Conservatives — Are The TRUE ENEMY 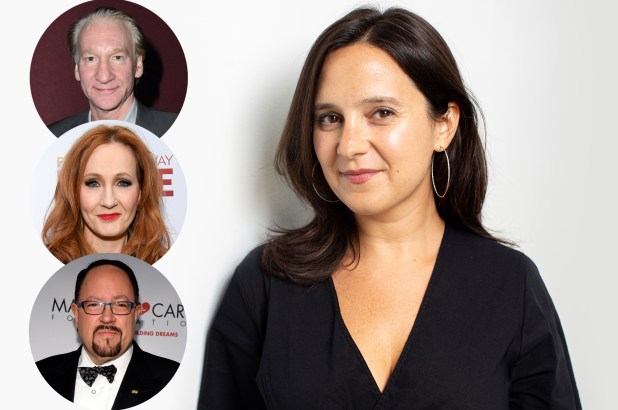 
Opinion writer Bari Weiss got chased out of The New York Times for her political views — not because she’s an uncompromising conservative, but because she is a moderate.
In our team-sports era of politics as tribal warfare, we’re expected to be all-in for one side or the other. Figures such as Weiss or slightly nonconforming public figures such as author J. K. Rowling (a liberal feminist who expresses some reservations about transgender orthodoxy) or Goya CEO Robert Unanue (whose firm is being boycotted because he said something nice about Donald Trump) are a problem for the cheap moralists and fanatics because they complicate the narrative, forcing partisans to face up to the fact that not every critic of transgender ideology is a right-wing evangelical bigot from Oklahoma and that some Trump supporters are Spanish-American businessmen with deep ties to the Latino community.
We say that we cherish moderates and independents and prefer them to mindless partisans, but, in reality, we punish them. Why? When it comes to our own preferences, we prefer vehemence to moderation and loyalty to independence. We are all Barry Goldwater now, insisting that moderation in pursuit of justice is no virtue.
Weiss was employed at the Times as a politically independent and curious editor, not as a conservative commentator. You can be a pretty happy conservative in the Times’ splendid conservative ghetto — a conservative under quarantine, gently offering the conservative take of the day, wearing a sandwich board reading “Danger: conservative.”
What made Weiss indigestible to the Times wasn’t vicious right-wingery but the fact that she was not there as a member of the Times’ stable of house conservatives. Nobody is shocked to see animals at the zoo, as long as they stay in their cages.
Weiss is critical of the Right on some issues, for instance in defending the value of immigration against an increasingly xenophobic Republican Party. On matters of free speech and the hysteria of “cancel culture,” she made common cause with some conservatives. She spoke of — and to — the unspeakable: podcast host Joe Rogan, social science journalist Jesse Singal, economist Glenn Loury, and other heterodox figures. That is a problem for an institution increasingly run by fanatics who define excellence in journalism not by what is in the newspaper but by what is studiously kept out of it.
Weiss’ Times colleagues called her a Nazi, but, in their minds, she was something far worse: a collaborator. She was not the barbarian at the gate but the enemy within. The fanatic does not hate the infidel abroad nearly so much as he loathes the heretic inside the temple. East Germans in the Honecker era were not hunting far-off fascists — they were informing on their neighbors for any deviation, however slight, from the party line.
In that way, the Times reflects the social-justice warriors who now run it and other old-line institutions. Hachette, the publishing giant, has very little trouble being the publisher of conservative columnist George Will, but its junior staffers are up in arms over Rowling. (So far, Hachette is standing by Rowling, possibly because her Harry Potter books have grossed nearly $8 billion worldwide.) Bill Maher is a standard-issue Hollywood progressive, but he has all sorts of people on his HBO show (including Bari Weiss and this columnist) and is denounced by his friends for his efforts. The Left hates Bill Maher more than it hates Sean Hannity because he is a liberal on HBO rather than a right-winger at Fox News. From the fanatics’ point of view, his failure is not a failure of ideology but a failure to stay in his lane.
Maher’s deviations are, at heart, a lot like Bari Weiss’ and J. K. Rowling’s: acting in the belief that people with views slightly different from our own are not necessarily monsters, that we should say what we think irrespective of whether it comports with tribal preferences, that genuine diversity is not a simple matter of choosing one from Column R and one from Column D.
“Showing up for work as a centrist at an American newspaper should not require bravery,” Weiss wrote in her resignation letter. Indeed, she would have been better off learning to do some kind of right-wing song-and-dance number. If you join a team and stick with it, then the Times and institutions like it know what to do with you.
Thinking for yourself? That’s not independence, but blasphemy.
Source>https://nypost.com/2020/07/18/for-left-wing-purists-moderates-are-the-true-enemy/
Posted by theodore miraldi at 11:16 AM