Our Current Protest Movement and the FRAGILITY of the Woke 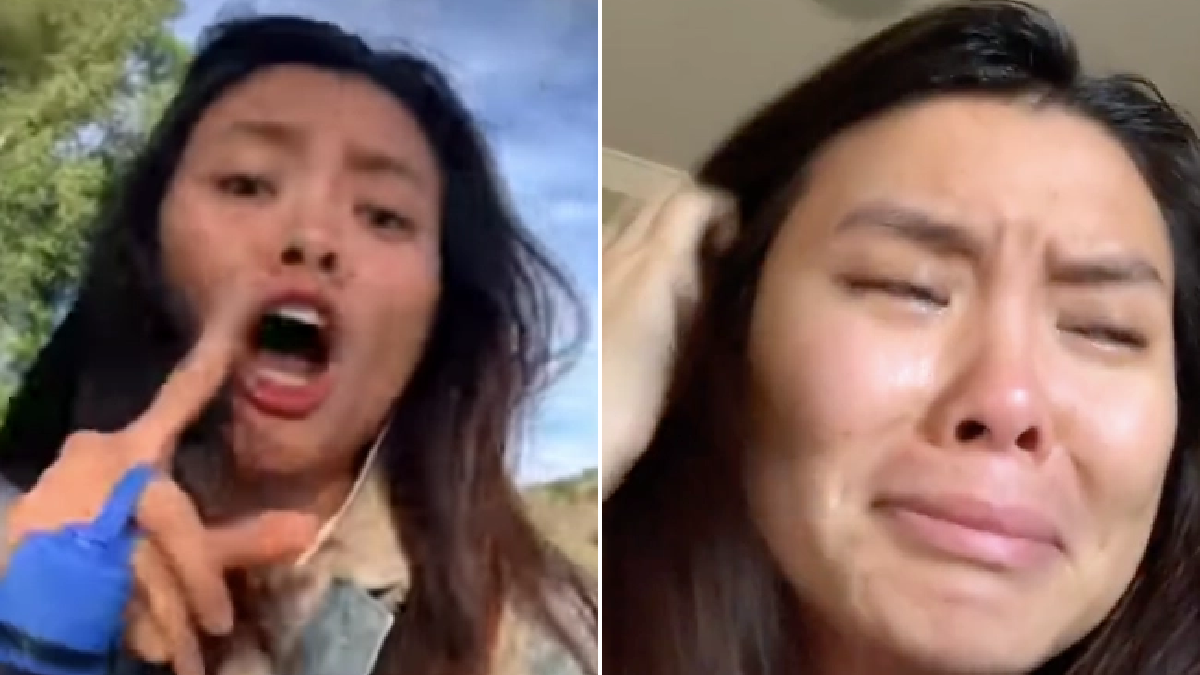 A TikTok video that recently went viral on social media showed a recent Harvard graduate threatening to stab anyone who said “all lives matter.” In her melodrama, she tried to sound intimidating with her histrionics.
She won a huge audience as she intended. But her video also came to the attention of the company that was going to give her an internship later this summer, Deloitte, which decided it didn’t want to add an intern who threatened to kill strangers who said something she didn’t like.
This wouldn’t have been much of a story. But then the narcissistic Harvard alum posted a very different video — one that showed her weeping in a near-fetal position.
HARVARD GRAD BLAMES TRUMP SUPPORTERS AFTER ‘STAB’ VIDEO COSTS HER DELOITTE JOB
She fought back tears while complaining about how unfair the world had been to her. Her initial TikTok post had earned cruel pushback from the social media jungle she had courted.
Deloitte, she sobbed, was mean and hurtful. And she wanted the world to share her pain.
The Harvard grad instantly became an unwitting poster girl for the current protest movement and the violence that has accompanied it. What turns off millions of Americans about the statue toppling, the looting, the threats and the screaming in the faces of police is the schizophrenic behavior of so many of the would-be revolutionaries.
On one hand, those toppling statues or canceling their own careers on the internet pose as vicious Maoists — the hard-core shock troops of the revolution. Their brand is vile profanity, taunts to police, firebombs and spray paint.
In homage to Italy’s blackshirts of the past, they wear black hoodies, don makeshift helmets and strap on ad hoc protective padding — part lacrosse attire, part cinematic Road Warrior costume.
The televised stereotype of the antifa activist is a physically unimpressive but violent-talking revolutionary.
He seems to strut in laid-back, blue-city Minneapolis but wisely avoids the suburbs and small towns of the nation’s red states.
He spits at police when standing beside fellow agitators but would never do that when alone confronting an autoworker or welder.
When police march against the antifa crowd and their appendages in order to clear the streets, they often scream like preteens, objecting to mean officers who dare to cross them.
When arrested, the trash talkers are usually terrified of being jailed or of having an arrest on their records.
Federal authorities are currently searching thousands of videos to ferret out looters, arsonists and assailants. Perpetrators who are caught are shocked that the evidence that they once posted online in triumphant braggadocio is now being used to charge them with felonies.
What is going on?
Black Lives Matter, antifa and their large numbers of imitators and loosely organized wannabes are mostly made up of middle-class youth, often either students or graduates.
They deem themselves the brains of the rioting, the most woke of the demonstrators, the most sophisticated of the iconoclasts. In truth, they are also the most paranoid about being charged or being hurt.
What explains the passive-aggressive nature of these protesters and rioters?
Many no doubt are indebted, with large, unpaid student loans. Few seem in a hurry to get up at 6 a.m. each day to go to work to service loans that would take years to pay in full.
While some of those arrested are professionals, many are not. Few seem to be earning the sort of incomes that would allow them to marry, have children, pay off student loan debt, buy a home and purchase a new car.
Historically, the tips of the spears of cultural revolutions are accustomed to comfort. But they grow angry when they realize that they will never become securely comfortable.
In today’s high-priced American cities, especially on the globalized coasts, it’s increasingly difficult for recent college graduates to find a job that will allow for upward mobility.
The protestors are especially cognizant that their 20s are nothing like what they believe to have been the salad days of their parents and grandparents — who did not incur much debt, bought affordable homes, had families and were able to save money.
Earlier generations went to college mainly to become educated and develop marketable skills. They weren’t very interested in ethnic and gender “studies” courses, ranting professors and woke administrators.
For the students of the 1960s who were, protesting was a side dish to a good investment in an affordable college degree that would pay off later.
CLICK HERE TO GET THE FOX NEWS APP
But when such pathways are blocked, beware.
The woke but godless, the arrogant but ignorant, the violent but physically unimpressive, the degreed but poorly educated, the broke but acquisitive, the ambitious but stalled — these are history’s ingredients of riot and revolution.
Source>https://www.foxnews.com/opinion/protest-movement-fragility-woke-victor-davis-hanson
Posted by theodore miraldi at 11:14 AM