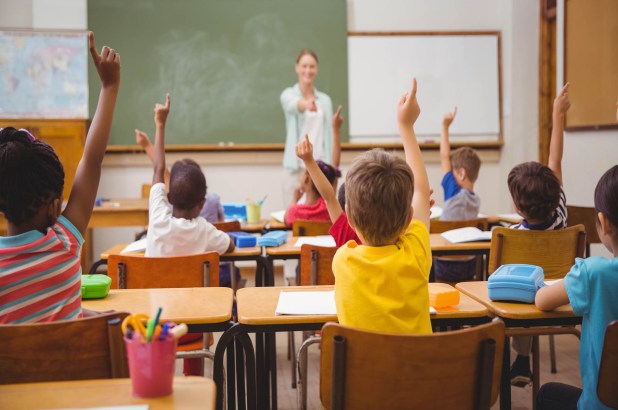 
“Listen to the science” has been a constant refrain in this pandemic. Now the science is saying, “Reopen the schools” — but New York’s leaders are all too likely to listen to the teachers’ unions instead.
The American Academy of Pediatrics says the academic, mental and physical benefits of in-person school outweigh the coronavirus risks. That is: Continued remote learning will harm children.
Everything so far indicates kids are less likely to get infected and to spread the bug. Meanwhile, the AAP notes, ample evidence shows that school closures this spring seriously set back children’s educations.

That’s why New Jersey, Connecticut and Massachusetts aim to fully reopen schools in the fall. Much of Europe and East Asia have already reopened schools safely.
But some New York teachers fear for their own safety, and their unions will likely prevent a reopening, absent some massive bribe the city can’t afford.
After all, Mayor Bill de Blasio and Chancellor Richard Carranza agreed to a United Federation of Teachers deal covering the shutdowns and remote learning that let teachers do next to nothing.
If you doubt us on that, just ask a UFT member — specifically, Jenny Lombard, a public-school teacher whose son is a student at Brooklyn Tech, one of the city’s top high schools.
As The Post reports, Lombard has written Tech’s leaders to complain that six of her son’s seven teachers delivered zero “face to face” online instruction these last few months, which makes it all but impossible for him to have learned what he should’ve.
Such non-teaching is OK’d by the UFT’s deal with the city that covers teaching during the lockdowns, though Lombard faults Tech’s administrators for winking at it.
And, as she notes, no-show “teaching” will surely harm minority students the most. (Shouldn’t somebody be protesting that?)
But for the United Federation of Teachers and its brethren, it’s never really about the children or the science — but only the unions’ own self-interest.
Source>https://nypost.com/2020/07/01/the-united-federation-of-teachers-doesnt-care-about-science-or-kids/
Posted by theodore miraldi at 1:17 AM