Woke WOLVES and the COWARDLY Leaders of Liberal America 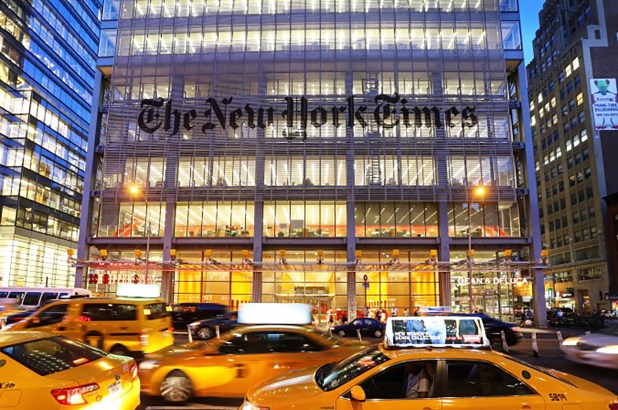 
It isn’t really about Bari Weiss.
The mob inside The New York Times didn’t target Weiss, an opinion editor and writer there since 2017, for cancellation to get her specifically — though her smart writing and editing surely didn’t endear her to some of the third-rate digital-media hacks and ­talentless millennials who ­enjoyed the pursuit of this journalistic star on the rise due to their loathsome envy.
As Weiss detailed in a widely read public resignation letter on Tuesday, she left her job after constant bullying by more left-wing colleagues (the vast majority) that included underhanded gossip, anti-Semitic innuendo and public attacks against her that would never have been tolerated had she been the one meting them out.
She also described an atmosphere of pervasive ideological intimidation and conformity that finally made commissioning diverse viewpoints and writing and thinking freely — essential to opinion journalism — all but impossible.
So Weiss left. But again, it wasn’t ultimately about her. The mob’s real targets are twofold.
First, the mob yearns to scare into submission everyone in a position of authority at the Times and any other liberal institution in America who might think it wise to hire someone like Bari Weiss — someone who draws outside the ideological lines and brings a fresh perspective.
You can see how this works in the cowardice manifested by Times publisher A.G. Sulzberger. As Weiss noted in her letter, Sulzberger praised her in private, even as he simultaneously failed to defend her in public from the threats and slanders of her own colleagues, both in internal communications and on Twitter. Such conduct marks the journalistic scion forevermore as less a man than a mouse.
Consider, too, that Weiss’ blistering resignation letter shows how Sulzberger and the Times leadership are likely guilty of several employment-related ­offenses, particularly in their ­refusal to intervene to end the hostile work environment in which she had found herself — due at least in part to how she was being treated by colleagues as a member of a minority religion.
It should be said, right here, that Weiss, who is a friend of mine, is not a conservative. She calls herself a centrist, and as someone who has argued with her on matters of ideology, I can confirm this is an entirely fair description.
She is, however, versed in conservative thinking and argument and open to both. This is a thought-crime in woke circles.
Even more telling, she is a ­Zionist, a stout defender of ­Israel and someone willing to call out anti-Semitism on the left — views that, in our garbage cultural and political movement, have become tragically unacceptable in many woke quarters.

Bari Weiss exposes how The Times has gone astray: Goodwin

She was targeted for holding these opinions and because she became well-known on TV and elsewhere for the eloquence with which she espouses them. Those who targeted her did so at her place of work and in public fora. And yet Sulzberger & Co. did not come to her defense or aid, even though their business was facing legal exposure, because it was safer for them to risk a Weiss lawsuit than to discipline those who had threatened her.
Why? Because they are more frightened of the mob. They are terrified of being subjected to the same treatment. It’s that simple. Sulzberger let the wolves try to devour Weiss to save his own rich-boy hide. She refused to participate in her own sacrifice.
Which brings us to the mob’s second object: The wokesters want to scare everyone who might emulate Bari Weiss in the future. And this, of course, is the real purpose of cancel culture. It is less about silencing the voice who is so annoying to the cancelers in the present — and far more about silencing the perspective that voice represents in the future.
This goes far beyond The New York Times. It is an effort pervading every major cultural institution in America.
Against this generational menace, the milquetoast mandarins who run these places refuse to defend themselves, the principle of free expression or anything but the maintenance of their own jobs. Their surrender of all principle in pursuit of that lowly aim is a mark of just how morally, spiritually, politically, intellectually and practically decayed they and their organizations have ­become.
Source>https://nypost.com/2020/07/15/woke-wolves-and-the-cowardly-leaders-of-liberal-america/
Posted by theodore miraldi at 11:43 AM