'We are not The New York Times', says note to readers 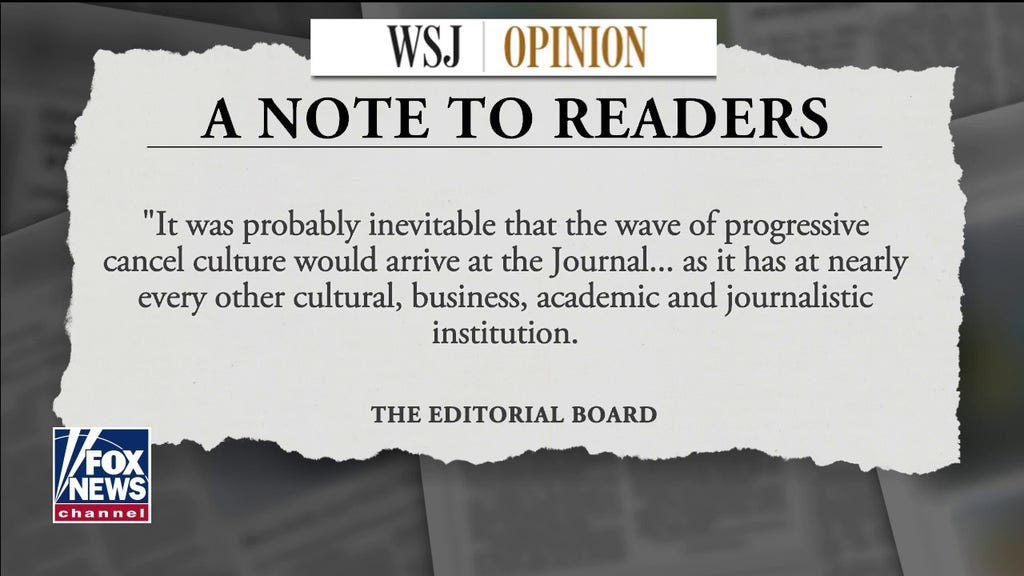 The Wall Street Journal Editorial Board responded Friday to pushback from staffers about the paper's opinion section and diversity in their newsroom, declaring that "we are not the New York Times" and that it will not succumb to "cancel culture."
In a note to readers, the editorial board sought to reassure readers that "these pages won’t wilt under cancel-culture pressure," noting the "outpouring of support" from readers for the opinion pages.
"It was probably inevitable that the wave of progressive cancel culture would arrive at the Journal, as it has at nearly every other cultural, business, academic, and journalistic institution. But we are not the New York Times. Most Journal reporters attempt to cover the news fairly and down the middle, and our opinion pages offer an alternative to the uniform progressive views that dominate nearly all of today’s media," the note stated.
DEMS, MEDIA RAMP UP CLAIM THAT TRUMP WILL USE MILITARY TO 'STEAL' 2020 ELECTION
"As long as our proprietors allow us the privilege to do so, the opinion pages will continue to publish contributors who speak their minds within the tradition of vigorous, reasoned discourse. And these columns will continue to promote the principles of free people and free markets, which are more important than ever in what is a culture of growing progressive conformity and intolerance."
In a June 23 letter to their editor-in-chief, Matt Murray, a group identifying itself only as “members of the WSJ newsroom” wrote to "encourage more muscular reporting about race and social inequities."
The writers alleged that their colleagues in the opinion section were making their own jobs difficult, noting that some of them had been "told by sources that they won't talk to us because they don't trust that the WSJ is independent of the editorial page." 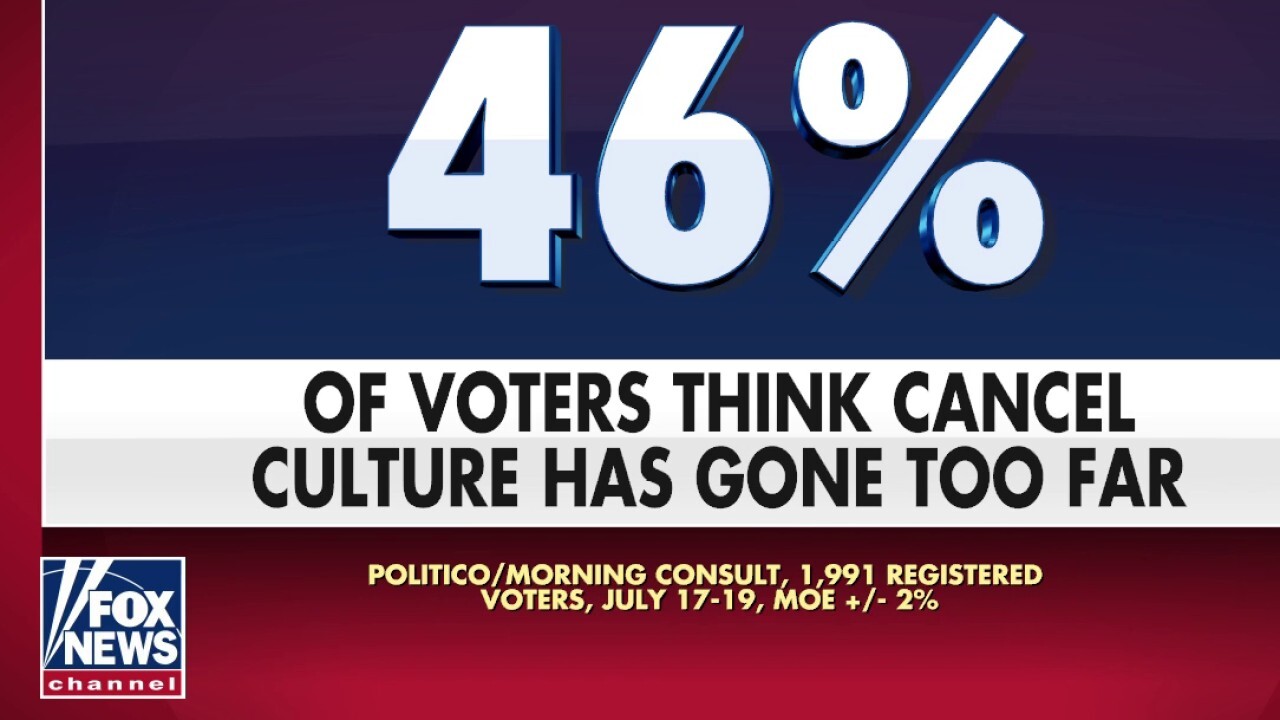 Video
VIDEO
They also wrote that opinion writers "often make assertions contradicted by WSJ reporting," propel misinformation about racism, and selectively present facts. Furthermore, the letter questioned whether The Journal put too much stock in business leaders and government officials.
CRITICS CALL OUT CNN AND MSNBC'S PRIMETIME SILENCE ON CHICAGO MASS SHOOTING: 'SCREAMING HEADLINES' ANY OTHER TIME
“Reporters frequently meet resistance when trying to reflect the accounts and voices of workers, residents or customers, with some editors voicing heightened skepticism of those sources’ credibility compared with executives, government officials or other entities,” the letter said. “We should apply the same healthy skepticism toward everyone we cover.”
In addition, the group highlighted a case in which the opinion section's "disregard" for their newsroom has "endangered newsroom safety," citing the case of a Saudi Arabia-based reporter who had been "put at risk" by a "false claim" from an opinion contributor on Twitter. 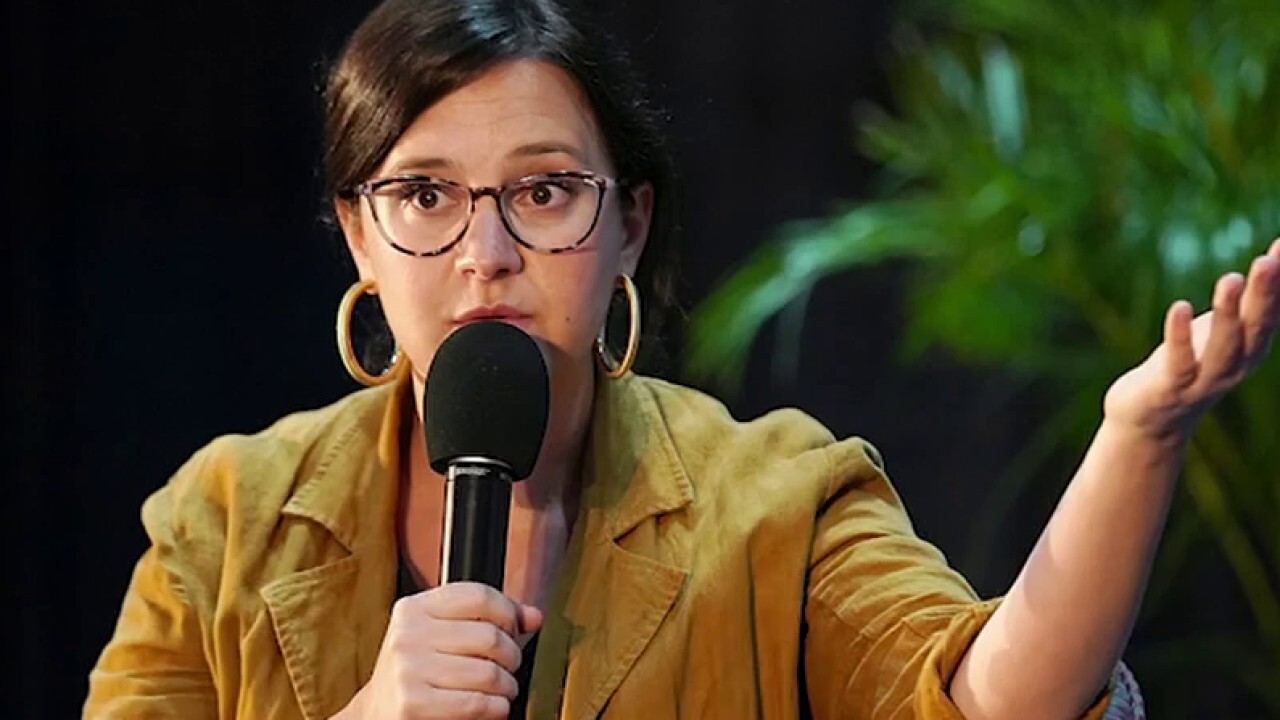 Video
VIDEO
"As reporters, we have been told over the years to seek more diverse people as sources, given their overall lack of representation in our news coverage. But as long as opinion in its current state is part of our brand, we will face difficulties recruiting diverse talent and building trust with sources," they noted. "It's understandable why someone who reads about system police racism being a 'myth' in the WSJ might not trust our newsroom to be fair, honest or welcoming."
Their proposed solutions to the issues they raised include appointing journalists to specifically cover “race, ethnicity and inequality," name two standards editors specializing in diversity, conduct a study of the race, ethnicity and gender breakdown of the subjects of The Wall Street Journal's “most prominent and resource-intensive stories," and bringing more diversity to the newsroom and leadership positions.
"We hope that our letter will serve as a call to action and serve as a record of the newsroom's concerns," they concluded, giving their management an Aug. 20 deadline to address their concerns.
CLICK HERE TO GET THE FOX NEWS APP
The New York Times faced backlash from its staffers last month over an op-ed penned by Sen. Tom Cotton, R-Ark., which endorsed using the military to quell rioting. The paper's Editorial Page Editor James Bennet resigned.
A month later, a Times opinion columnist and editor, Bari Weiss, resigned from her position and released a letter criticizing an "illiberal environment," and accusing colleagues of bullying her over her divergent views.
Source>https://www.foxnews.com/media/wsj-editorial-board-cancel-culture-criticism

Posted by theodore miraldi at 12:18 PM