“This is as much about public outcry, organizing and mobilizing and applying pressure," Pressley said 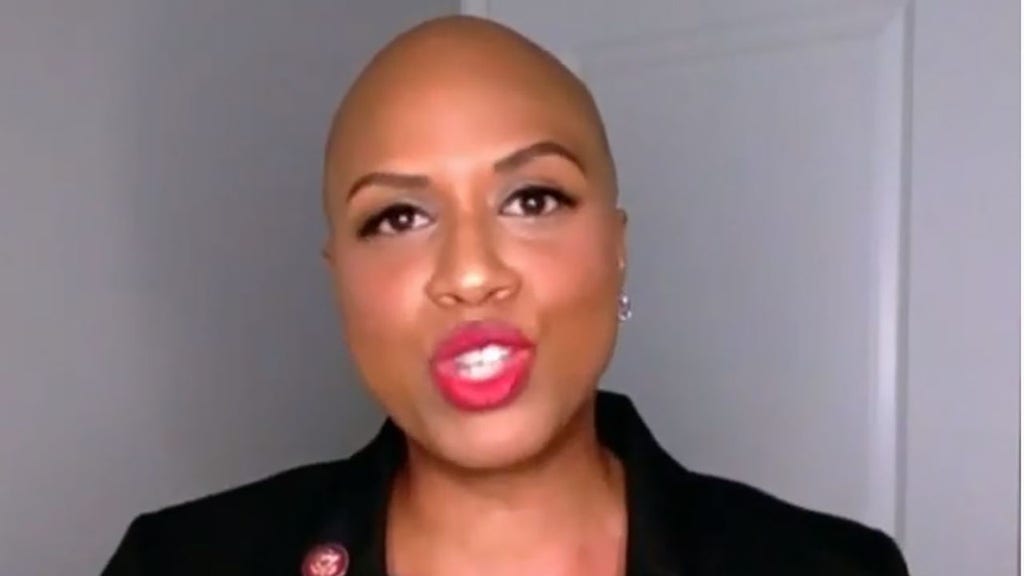 There should be “Unrest In The Streets” over President Trump and his political allies turning a "deaf ear" to Americans' concerns, including those about the "dismantling" of the U.S. Postal Service -- which amounts to voter suppression, U.S. Rep. Ayanna Pressley, D-Mass., said Friday.
Conservatives on Twitter quickly condemned Pressley's remarks as "unhinged," "horrible" and "disgusting."
Pressley made her remarks Saturday on MSNBC's "AM Joy."
“This is as much about public outcry, organizing and mobilizing and applying pressure," Pressley said, after mentioning steps Democratic lawmakers can take, "so that this GOP-led Senate and these governors that continue to carry water for this administration, putting American people in harm’s way, turning a deaf ear to the needs of our families and our communities – hold them accountable.
"Make the phone calls, send the emails, show up," she continued. "You know, there needs to be unrest in the streets for as long as there’s unrest in our lives.”
KALAMAZOO, MICH., RALLY DEVOLVES INTO VIOLENCE ARRESTS: REPORTS
There was no indication Pressley necessarily meant anything other than peaceful protest. However, critics on social media accused her of condoning lawlessness.
Pressley's comments followed months of protests and rioting in cities across the U.S., over racial injustice -- though critics, including police, have claimed that some participants have been destructive simply because of opportunism.
Pressley also called on Postmaster General Louis DeJoy, whom the Postal Service Board of Governors appointed in May, to resign for "corruption" over his restructuring of the Postal Service. At the “bare minimum,” she said, DeJoy should appear before the House Oversight Committee.
Protesters gathered outside DeJoy's home Saturday amid concerns that Postal Service changes could make mail-in voting more difficult and disenfranchise voters, Washington's WUSA-TV reported.
In 2016, then-candidate Trump said he thought there would be "riots" if the Republican nomination was given to someone else.
CLICK HERE TO GET THE FOX NEWS APP
“I think you’d have riots,” he said in March of that year. “I think you’d have riots. I’m representing a tremendous many, many millions of people...I think bad things would happen, I really do... I wouldn’t lead it but I think bad things would happen.”
Source>https://www.foxnews.com/media/ayanna-pressley-calls-for-unrest-in-the-streets-over-trump-allied-politicians-ignoring-americans-concerns
Posted by theodore miraldi at 11:36 AM