Americans surrendered to the narrative promulgated for so long by those who seek to undermine American comity.

In November 2015, three years after taking the San Francisco 49ers to the Super Bowl, quarterback Colin Kaepernick was benched in favor of Blaine Gabbert, a career journeyman most recently unsuccessful with the Jacksonville Jaguars.

The following preseason, Kaepernick began donning garb designed to mock police officers, including socks with cops dressed as pigs. He also remained seated for the national anthem during a preseason game, claiming, "I am not going to stand up to show pride in a flag for a country that oppresses black people and people of color."
At the time, multiple NFL players spoke out in opposition to Kaepernick's symbolic move: New York Giants wide receiver Victor Cruz said, "You've got to respect the flag, and you've got to stand up with your teammates. It's bigger than just you, in my opinion. You go up there; you're with a team; and you go and pledge your allegiance to the flag, and sing the national anthem with your team, and then you go about your business."
At the time, this was a majority proposition: 72% of Americans thought the gesture unpatriotic, according to a Reuters/Ipsos poll.
Kaepernick never regained a starting role in the NFL ... but his career took off again. He signed a lucrative endorsement deal with Nike to cash in on his supposed bravery; he cut a content deal with Disney. When he was offered a private tryout with NFL teams, he promptly violated all protocols and blew up the process.
In June 2020, NFL commissioner Roger Goodell urged NFL teams to sign Kaepernick anyway. On July 4, Kaepernick tweeted: "Black ppl have been dehumanized, brutalized, criminalized + terrorized by America for centuries, & are expected to join your commemoration of 'independence,' while you enslaved our ancestors. We reject your celebration of white supremacy & look forward to liberation for all." 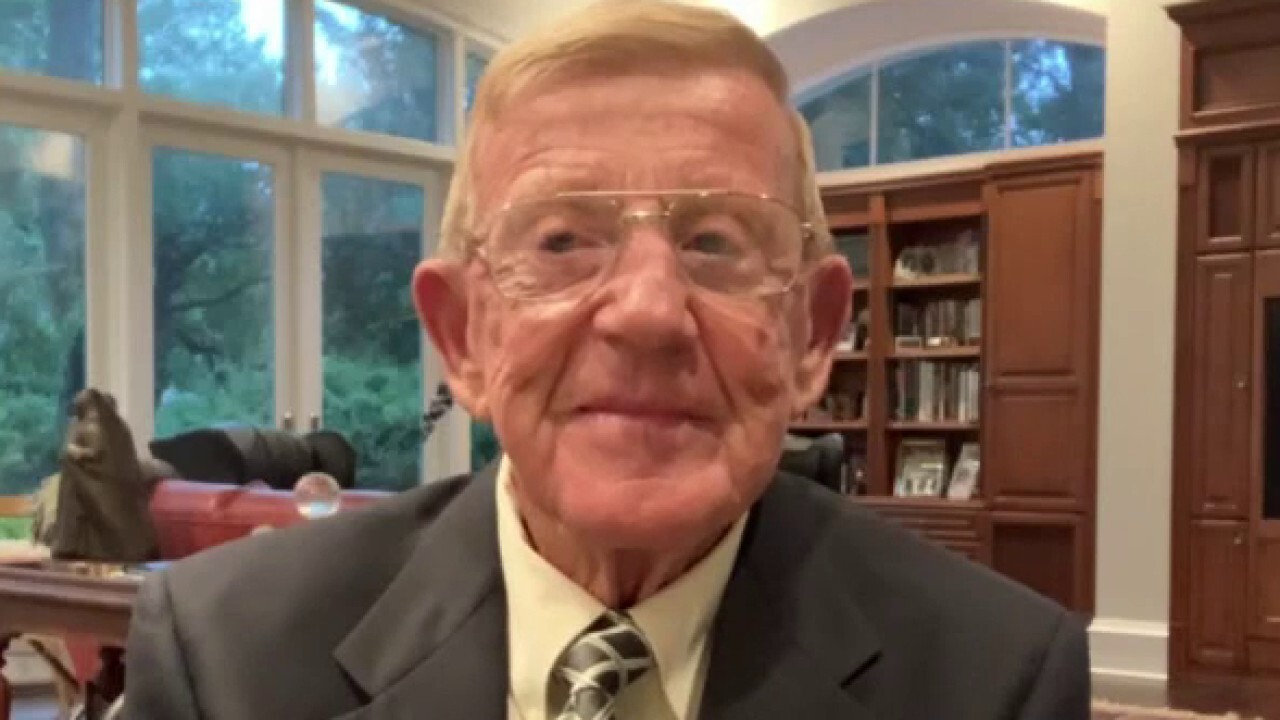 
VIDEO
Today, Kaepernick's symbolism has become the new normal, morphed into a rote ritual of wokeness thanks to the ugly sight of then-Minneapolis police officer Derek Chauvin kneeling on the neck of George Floyd, who would later die. Democratic elected officials knelt in the halls of Congress. Major League Baseball players knelt before the national anthem to protest supposed systemic American racism. NBA players knelt as well, wearing Black Lives Matter T-shirts.
And players who refused to comply were publicly cudgeled. When San Francisco Giants pitcher Sam Coonrod refused to kneel, stating that he would not kneel for anything but God, he was castigated as benighted at best, racist at worst. When Black Orlando Magic basketball player Jonathan Isaacs stood for the national anthem, again citing the unifying anti-racism of Christianity, he was ripped as "dangerous."
CLICK HERE TO GET THE OPINION NEWSLETTER
Only Gregg Popovich, coach of the San Antonio Spurs, who has spent years utilizing purple progressive language about President Donald Trump, was exonerated for standing for the anthem -- and that was because he wore a Black Lives Matter T-shirt.
So, what changed? Certainly not the data. Despite the presence of individual racism in American life in all walks of life, America's police are not systemically racist. Until the pandemic wrecked the economy across the board, Black Americans were experiencing historic lows in unemployment and historic highs in median income.
What changed is that Americans surrendered to the narrative promulgated for so long by those who seek to undermine American comity: that American history is not the story of moving toward the fulfillment of the promises of the Declaration of Independence but of the continuous, chameleonic perversion of bigotry; that America's founding ideas were lies, then and always; that only racial identity provides credence for talking about racial inequalities. The burden of proof has shifted to America's defenders.
CLICK HERE TO GET THE FOX NEWS APP
And those defenders can never prove their case: first, because no country is perfect, and second, because systemic racism is a non-disprovable theory. Four short years ago, we mostly assumed the best of our fellow Americans -- that they weren't endemically racist, at the very least -- and the best of our country's ideals.
No longer. The counterculture has become the culture. And that is both a tragedy and a travesty. There can be no future for a country in which standing for the national anthem is considered gauche, while kneeling is considered heroic.
Ben Shapiro is host of "The Ben Shapiro Show" and editor-in-chief of DailyWire.com. He is the author of the No. 1 New York Times bestseller "The Right Side Of History." Creators Syndicate
Source>https://www.foxnews.com/opinion/national-anthem-protests-ben-shapiro
Posted by theodore miraldi at 8:10 PM