It's Obvious from Biden's statements it's perfectly clear he doesn't know what is actually going on in Democrat Cities, BLM or Antifa! 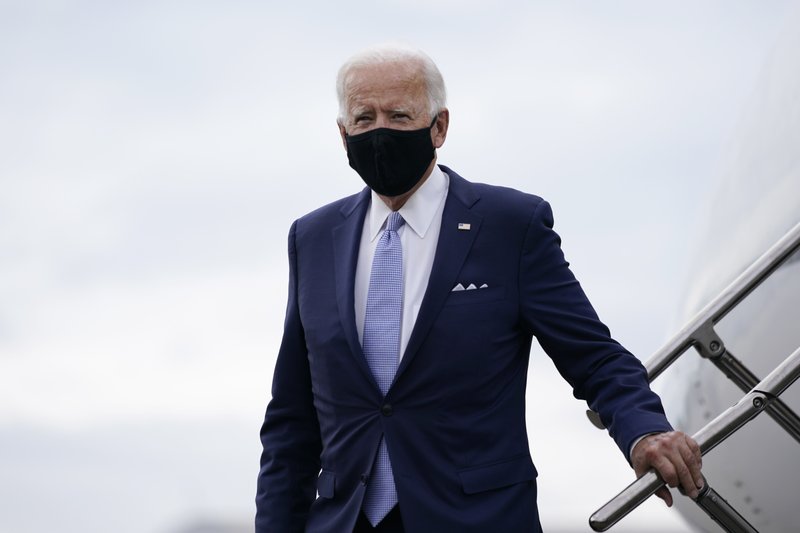 
PITTSBURGH (AP) — Joe Biden is forcefully condemning the violence at recent protests while also blaming President Donald Trump for fomenting the divide that’s sparking it. He’s dismissing his presidential opponent as incapable of tackling the violence himself.

“He doesn’t want to shed light, he wants to generate heat, and he’s stoking violence in our cities,” Biden said during remarks in Pittsburgh Monday. “He can’t stop the violence because for years he’s fomented it.”

Biden went on to denounce rioting, looting and arson at recent protests.

“It’s lawlessness, plain and simple. And those who do it should be prosecuted,” he said.

The speech marks a new phase of the campaign as Biden steps up his travel after largely remaining near his home in Wilmington, Delaware, to prevent the spread of the coronavirus. And after centering his candidacy on Trump’s mishandling of the pandemic, Biden is making a broader push to argue that Americans won’t be safe if Trump wins reelection. That’s an effort to blunt Trump’s “law and order” message, which the president is emphasizing as some protests against racial injustice have become violent.

A sense has taken hold in the Trump campaign that the more the national discourse is about anything other than the virus, the better it is for the president.

Trump tweeted on Monday: “The Radical Left Mayors & Governors of Cities where this crazy violence is taking place have lost control of their ‘Movement.’ It wasn’t supposed to be like this, but the Anarchists & Agitators got carried away and don’t listen anymore - even forced Slow Joe out of basement!”

In Pittsburgh, Biden said of Trump, “He may believe mouthing the words law and order makes him strong, but his failure to call on his own supporters to stop acting as an armed militia in this country shows you how weak he is,.”

In Kenosha, Wisconsin, the National Guard was deployed to quell demonstrations in response to the police shooting of Jacob Blake, a Black man, that have resulted in some looting, vandalism and the shooting deaths of two protesters.

And this weekend, one of Trump’s supporters was shot at a demonstration in Portland, Oregon, prompting multiple tweets from Trump himself, including one late Sunday erroneously accusing Biden of failing to criticize the “agitators” at the protests.

On Sunday, Biden strongly denounced violent acts on any side.

“I condemn violence of every kind by anyone, whether on the left or the right. And I challenge Donald Trump to do the same,” he said in a statement.

Portland has seen nearly 100 consecutive nights of Black Lives Matter protests,and many have ended with vandalism to federal and city property.

Trump and other speakers at last week’s Republican National Convention frequently highlighted incidents of violence at protests that were sparked by the police killing of George Floyd last May, predicting that if Biden is elected in November such incidents will become the norm.

However, Biden accuses Trump of viewing the violence as a “political benefit.”

For months, Trump was desperately trying to distract from the pandemic and, at times, seemed to receive slight positive bumps in support when touting the possible economic recovery, campaign officials said. But other attempts to change the narrative with cultural wedge issues fell flat, including a defense of Confederate monuments in the wake of calls for racial justice and polling suggested that Trump was far out of step with the Black Lives Matter movement, which enjoyed wide public support.

The Trump team has leaned hard on the push for law and order, even after it backfired when the president cleared Lafayette Square of peaceful protesters in early June. They now feel more confident of the case, having spent weeks, and their convention, hammering home one of their closing arguments: that Biden is a tool of the radical left and is powerless to stop the fringe forces.

Posted by theodore miraldi at 2:29 PM