WPOST: Do WE Even NEED the Republican Party?

Just a Reminder of the Dribble You Get From the Washington Post. Democrats Erase the Contributions by Republicans Starting with Lincoln. Striving for One Party Rule!
...tmiraldi 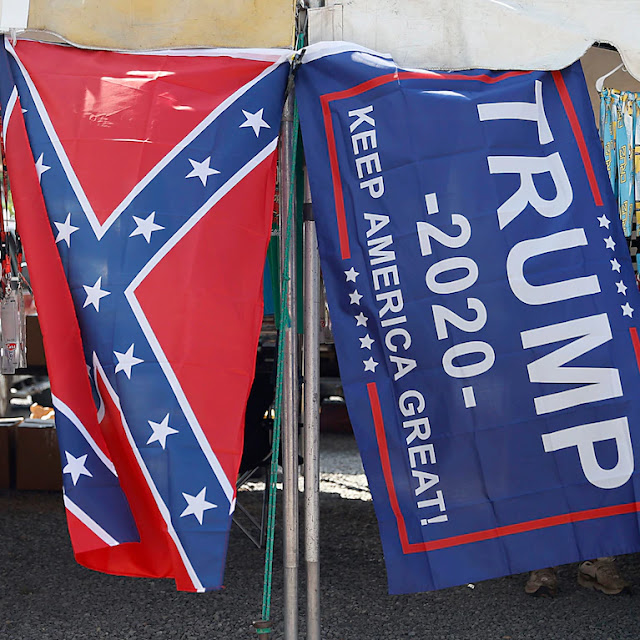 In anticipation of President Trump’s loss in November, there is a cottage industry of speculation about the fate of the post-Trump Republican Party. The New York Times’s David Brooks pines for a Republican Party without racism, anti-government animus or unbridled faith in free markets. (The technical term for that might be “the Democratic Party.”) It would be refreshing to see the Republican Party cast off its obsession with old white men in favor of “a cross-racial alliance among working-class whites, working-class Hispanics and some working-class Blacks.” That, however, supposes Hispanic and Black voters have no memory of years of racism and xenophobia, and that the party’s heavily White support is based on something other than racial resentment. Both propositions are questionable.


A Republican Party that does not depend on White grievance and cultural resentment (leading to incessant whining that its members are victims of everything from Facebook to climate scientists to immigrants) and does not depend on what Brooks aptly describes as “an anti-government zombie Reaganism long after Reagan was dead and even though the nation’s problems were utterly different from what they were when he was alive” would frankly not have much to say. After you strip away those two failed themes, what’s left?
The unpleasant truth for those expected to say “there are fine people” in both parties is that, aside from a few stray governors and Sen. Mitt Romney (R-Utah), there really are not fine people running the Republican Party. They have sold their souls to Trump and either passively or actively bought into white supremacy and religious authoritarianism (which weirdly has as its most vocal proponent the attorney general). They waged war on the Constitution and objective reality. There is nothing redeeming in any of that — or in the right-wing media machine encompassing the deluded true believers and money-hungry charlatans willing to throw red meat to an audience they suppose consists of uneducated bigots.
The issue post-Trump then is twofold: What respectable ideology could the Republican Party adopt, if it wanted to? And, if a think tank could concoct an acceptable center-right ideology, what constituency could it possibly attract?
The death knell of the modern Republican Party and of what remains of “conservatism” might have been the Democratic Party’s choice of former vice president Joe Biden, not Sen. Bernie Sanders (I-Vt). The opposition to a self-declared socialist could have preached the value of moderation and the necessity of preserving capitalism in some regulated form. The opposition to Biden — a decent, center-left believer in incremental change and the power of government to solve problems — is unclear. Would that be a stated determination not to address climate change? A determination just to spend a few trillion dollars less? You see the problem.
We need a two-party system, but we do not have a two-ideology political culture if the price of admission is a reality-based, decent, inclusive and constitutionally respectful ideology. If there is to be, as I hope, a grand coalition from center right to center left that generally defends constitutional government, curbs on the excesses of the free market, globalization with a safety net, responsible international leadership and a determination to root out systemic racism, I am not certain what that leaves to the opposition. On the left, it might be Sanders-style socialism. But on the right?
Trump cultists and the proponents of zombie-libertarianism continue to drive the party into the ground, relegating it to a regional party of dead-enders. Maybe the real question is not what the Republican Party will believe and who will support it, but whether we need it at all. Perhaps there is no morally, politically and intellectually decent party of the right to be had.
Source>https://www.washingtonpost.com/opinions/2020/08/10/do-we-even-need-republican-party/
Posted by theodore miraldi at 1:36 PM