Kamala Harris, the politically shrewd California senator with a law enforcement background that has caused some tensions with the progressive left, was announced Tuesday as Joe Biden’s running mate.
She makes history as the first Black woman to serve as a major political party’s VP pick. The Biden campaign said Biden and Harris will deliver remarks together on Wednesday in Wilmington, Delaware.
"I’ve decided that Kamala Harris is the best person to help me take this fight to Donald Trump and Mike Pence and then to lead this nation starting in January 2021," Biden said in an email to supporters.
Biden also tweeted: "I have the great honor to announce that I’ve picked @KamalaHarris — a fearless fighter for the little guy, and one of the country’s finest public servants — as my running mate."
He added: "Back when Kamala was Attorney General, she worked closely with Beau. I watched as they took on the big banks, lifted up working people, and protected women and kids from abuse. I was proud then, and I'm proud now to have her as my partner in this campaign."
The decision, following months of secret meetings and closely held deliberations, would indicate the former vice president is setting aside their friction from the primary campaign. Harris memorably drew sharp contrasts with Biden when she challenged him on the debate stage over his past resistance to federally mandated desegregation busing.
5 THINGS TO KNOW ABOUT SEN. KAMALA HARRIS
The now-presumptive Democratic presidential nominee’s selection amounts to a vote of confidence in the senator’s political ability and her background, and a willingness to move past the bad blood. The decision may have been tipped days earlier, when he was photographed with talking points saying of Harris that he does “not hold grudges” and has “great respect for her.”
The choice also fulfills a commitment the former vice president made in March to name a woman as running mate. Naming a Black woman at a time when issues of racial inequality are front-and-center also responds to signals from some circles in the party that such a choice could help build bridges with the Black community.
The timing gives Biden plenty of space to re-introduce her to voters ahead of this month’s scaled-back Democratic National Convention in Milwaukee, Wisconsin.
Biden’s naming of 55-year old Harris as his running mate comes 13 months after she flattened him on the debate stage in Miami at the first Democratic presidential primary showdown. 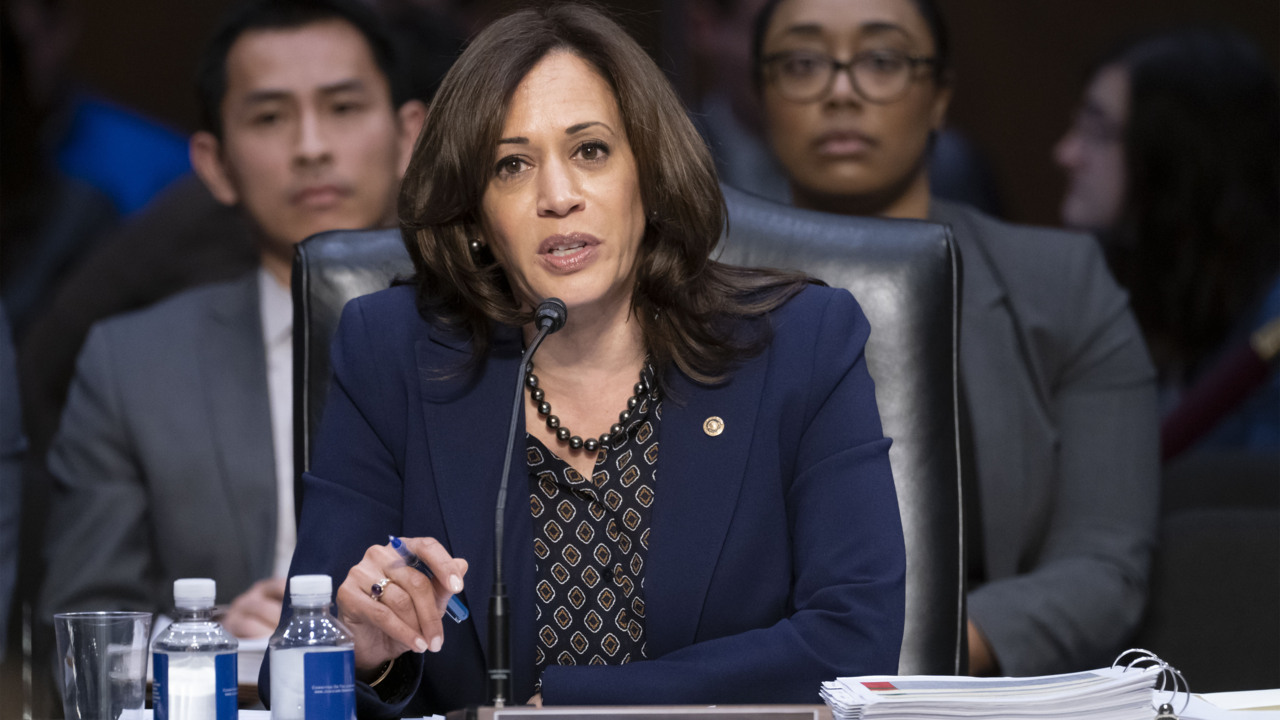