Hillary Clinton to Biden: DON'T CONCEDE Under Any Circumstances

"Joe Biden should not concede under any circumstances because I think this is going to drag out," Clinton warned. 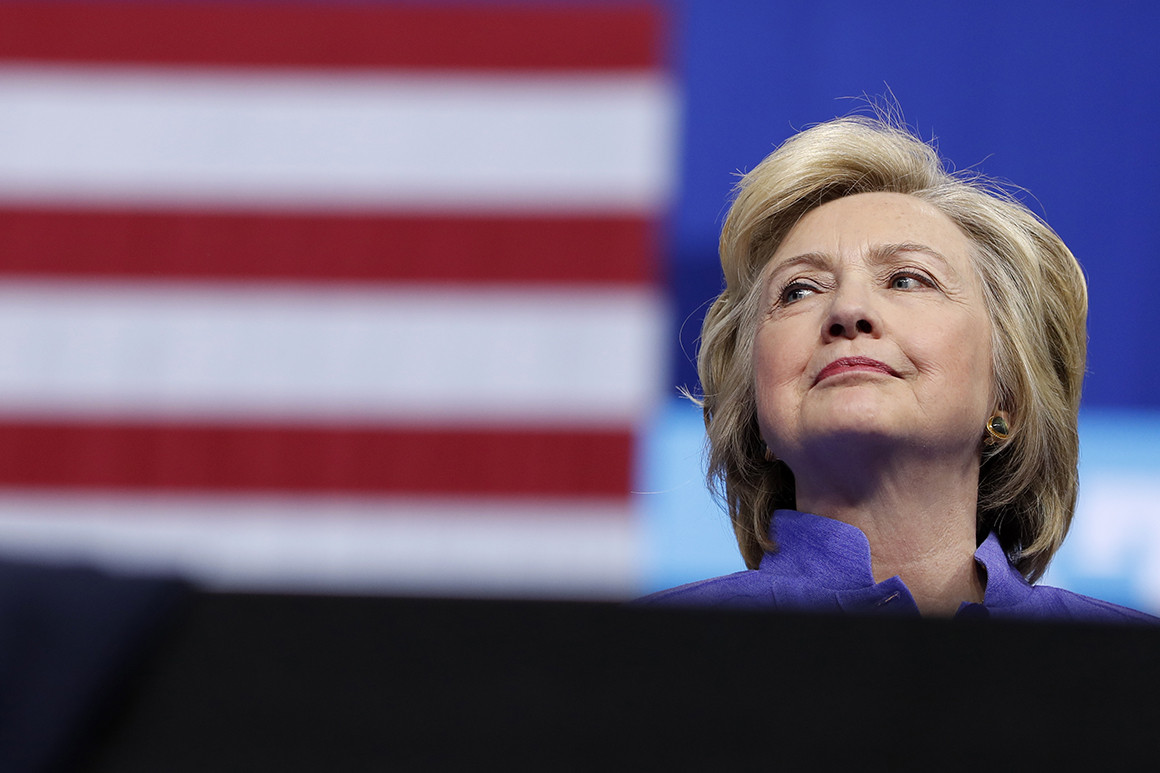 Hillary Clinton's remarks were in response to Democrats' monthslong suspicions that President Donald Trump would try to contest a loss. | Carolyn Kaster/AP Photo


Hillary Clinton is predicting Donald Trump's reelection effort will be a messy affair, and the former Democratic candidate has some advice for Joe Biden: If the race is close, don't concede.

Speaking with Jennifer Palmieri for Showtime's "The Circus," Clinton said Trump would likely try to take the election by going after absentee voting. She emphasized that even a small margin of votes can have major consequences, harking back to her experience winning the popular vote by nearly 3 million votes and still losing in the Electoral College.

Democrats, she said, should be ready to fight if the results come back too close to call.

"Joe Biden should not concede under any circumstances because I think this is going to drag out, and eventually I do believe he will win if we don't give an inch and if we are as focused and relentless as the other side is," Clinton said in an excerpt posted Tuesday.

Clinton's remarks were in response to Democrats' monthslong suspicions that Trump would try to contest a loss. In April, Biden predicted Trump would try to delay the election, only to have the president openly flirt with the idea months later (Republicans and Democrats alike have shot down the idea).

Biden said in July that Trump would try to "indirectly steal" the election by attacking mail-in ballots amid the coronavirus pandemic, The Washington Post reported at the time.

During the Democratic National Convention, Clinton said Trump would try to "sneak or steal" his way to a second term in office. She urged voters to swell polls with "overwhelming" turnout to ensure there is no room for doubt.

Trump himself said last week that the only way he would lose in November is if the election were rigged. He has also frequently joked about extending his time in office past the legal two-term limit — comments that his critics fear are only half in jest.

In a statement to POLITICO on Tuesday, the Trump campaign flatly rejected the notion that Trump would try to hijack the election. Campaign lawyer Matthew Morgan said Clinton was "unashamedly trying to lay the groundwork for Joe Biden to deny the election results when President Trump wins."

Morgan cited Democratic court efforts to advance mail-in voting as record numbers of voters are expected to cast their ballots by the Postal Service this year because of the pandemic.

Morgan said Democrats are "rushing to radically change the way Americans vote 70 days before a general election," and Trump's allies have said widespread mail-in voting would lead to a logistical mess that could botch the election.

Democrats "believe they can sue their way to victory, and there’s no telling what other shenanigans Democrats will pull once polling locations are open," Morgan's statement said. "Republicans will be ready to make sure the polls are being run correctly, securely, and transparently as we work to deliver the free and fair election Americans deserve.”

Clinton has offered her advice and assistance to Biden in the past as the only other person to have faced off against Trump in a presidential election. Last week, Clinton advised Biden to keep focused in spite of Trump's attacks and to be prepared to debate "somebody unlike anyone you've been involved with before in politics."

Posted by theodore miraldi at 5:16 PM