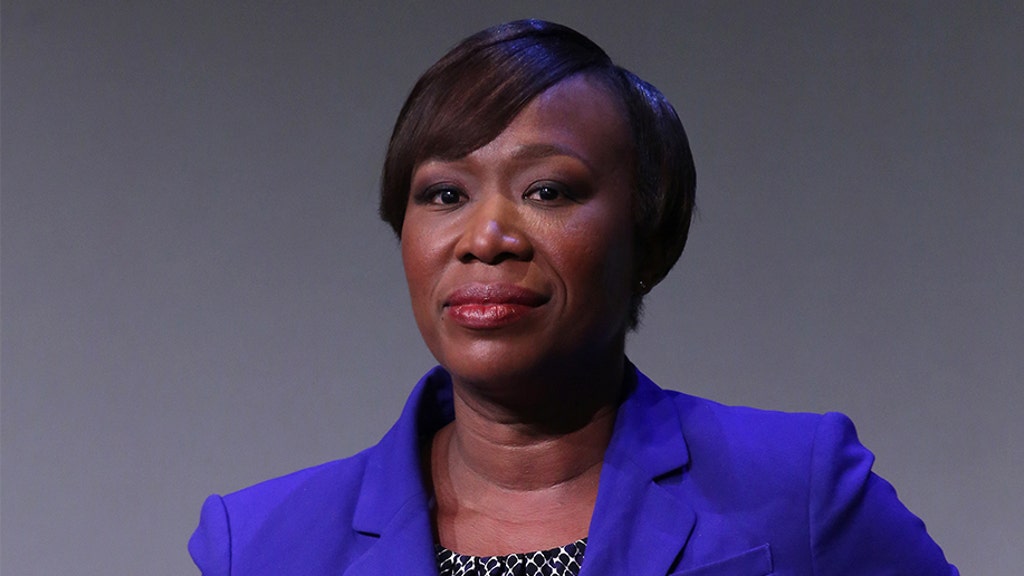 MSNBC host Joy Reid suggested on Thursday that organizers of the Republican National Convention "trotted out" Black people to speak in order to make White nationalism more acceptable.
In a piece published in the liberal outlet The Nation, frequent MSNBC guest Elie Mystal accused the RNC of "using" Black people "to convince white [sic] people it’s OK to vote for a bigot."
"Most white [sic] Republican voters don’t need permission to vote for white [sic] supremacy. They’re racist themselves and think being racist is just common sense," Mystal wrote. "The message is not subtle, but Donald Trump’s willingness to say the quiet part out loud is why so many racists love him. The irreducible core of his base is white [sic] people who think being openly racist and violent toward Black people is an inalienable right that has been taken from them by 'cancel culture.' Trump gives these people a bullhorn, and they love him for it."
DAILY BEAST OP-ED REFERS TO DANIEL CAMERON, OTHER RNC SPEAKERS, AS 'TOKEN MINORITIES'
Mystal went on to claim that the GOP was practicing "tokenism" by having several Black speakers expressing their support for President Trump, including Sen. Tim Scott, R-S.C., Kentucky Attorney General Daniel Cameron, former NFL players Jack Brewer and Herschel Walker among others.
"The Black people who were allowed to speak at this convention were there to transmit one message to white [sic] listeners: 'It’s OK.' Trump’s racism is OK, because here’s one of Trump’s Black golfing buddies. Cops and vigilantes shooting Black people is OK, because here’s a Black ex-con who complied with the police and is still alive," Mystal explained. "The banality of these Black validators can be seen most clearly when you compare their roles to what the white [sic] speakers were allowed to do at the convention.
"The Black speakers seemingly wanted nothing. There were no additional policies they desired or issues they wanted addressed. They had no goals they wanted the next Trump administration to accomplish and no legislation they wanted Republicans to pass. Instead of an agenda, the Black people were just there to say, 'Thank you, white [sic] folks,' and fade off-screen."

Video
VIDEO
He later said, "What anger I have for this particular crop of Black tokens comes from the fact that so many of them volunteered ... We know Trump doesn’t like to pay his debts, so I hope they got their 30 pieces of silver up front."
BETTE MIDLER WALKS BACK TWEET MOCKING MELANIA TRUMP'S ACCENT: 'I WAS WRONG'
The "ReidOut" host endorsed the piece on Twitter.
"If you read one thing today, this would be a good choice. @ElieNYC⁩ writes about the outrage and pathos of the Black people the #RNCConvention trotted out to make white [sic] Americans feel good about white [sic] nationalism," Reid tweeted.
An op-ed published in The Daily Beast Wednesday similarly referred to Cameron and other speakers as "token minorities."
CLICK HERE FOR THE FOX NEWS APP
"No GOP event is complete without a few token minorities to absolve the party of its overt race-baiting and appeals to white [sic] grievance," Kali Holloway wrote on Wednesday.
Holloway asserted that Cameron's attacks against Joe Biden over his remarks about the Black community were "actually to an audience of White Republicans who love it when Black conservatives give them a pass for their racism."
Source>https://www.foxnews.com/media/msnbcs-joy-reid-suggests-rnc-trotted-out-black-people-to-make-white-americans-feel-good-about-white-nationalism
Posted by theodore miraldi at 2:25 AM