Susan Rice on Her Trump-SUPPORTING Son: ‘I Love Him Dearly’

John David Rice-Cameron was president of the Stanford College Republicans 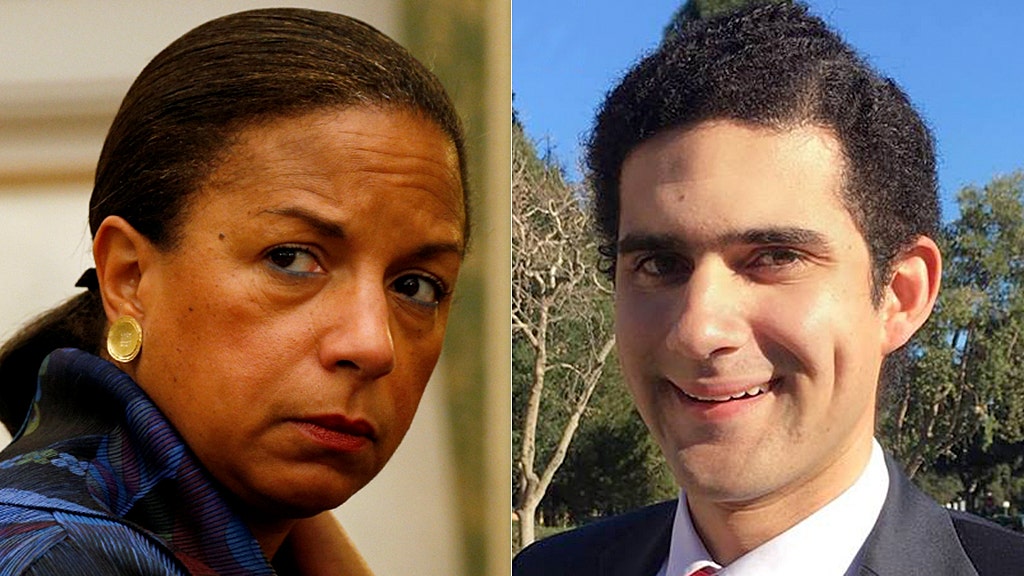 Former UN Ambassador Susan Rice opened up about her right-leaning son in an interview Wednesday, saying blood is thicker than politics.
"I have a 23-year-old son whom I love dearly, whose politics are very, very different from my own and from the rest of our family," the former Obama administration cabinet member told NPR. "My son and I will have some robust disagreements over some matters of policy, not all. And yet, at the end of the day, you know, I love him dearly, and he loves me."

Rice, who served as ambassador to the United Nations from 2009 to 2013 and as national security advisor from 2013 to 2017, has risen to the spotlight in recent days due to her reported spot on Joe Biden’s shortlist for potential vice presidential choices.
BIDEN CONFIDANTS REPORTEDLY SEE VP LIST NARROWED DOWN TO 2

Her son, John David Rice-Cameron, was president of the Stanford College
Republicans and hosted events such as “Make Stanford Great Again.”

His mother said she believes, for both her family and the country, in respecting those with differing political views and finding areas of agreement. And she said she and her son don't disagree on everything.
"We agree, for example, on the importance of the United States playing a responsible, principled leadership role in the world,” Rice said of her son. "We agree on the importance of having strong alliances. We agree we have to be clear-eyed and strong in dealing with adversaries like Russia and the threat that China may pose. We disagree on things like choice. I'm pro-choice. He's pro-life. That's the kind of difference that we ought to be able to respect."
Rice’s son confirmed to Fox News in 2018 that he and his mother are able to find common ground in their political views, despite disagreeing on most “ standard Republican/Democrat disagreements.”

“We agree that America is the greatest nation the world has ever seen, and thus, we believe that America has an important role to play as a force for liberty and justice on the world stage. We support robust American engagement in Africa, and we agree that Russia poses a major threat to American interests. We agree on the importance of American allies, and in a continued American commitment to NATO,” the younger Rice said.
Ambassador Rice in June said that  President Trump’s supporters in the Senate belong “to the trash heap of history.”
Speaking on MSNBC about Biden’s vice presidential decision, Rice said this election is about “getting Joe Biden in the White House,” someone who could “remove Donald Trump and consign those who supported him in the Senate to the trash heap of history.” Rice said Biden was someone who could “heal and unify the nation.”
Source>https://www.foxnews.com/politics/susan-rice-trump-supporting-son

Posted by theodore miraldi at 1:18 AM