President Trump would not reject a conspiracy theory Thursday that Kamala Harris is ineligible to serve as vice president because her parents were born outside the United States.
Asked about the unfounded and widely refuted claims during a press briefing at the White House, Trump responded, “I heard it today that she doesn't meet the requirements” before adding, “I have no idea if that's right.”
TRUMP CAMPAIGN BLASTS 'PHONY' KAMALA HARRIS
Harris is a United States citizen born in California in 1964, making her eligible to serve as president or vice president under the Constitution.
However, a professor of law at Chapman University, John C. Eastman, wrote a piece for Newsweek this week after she was named to the Democratic ticket questioning whether Harris is a “natural born citizen” because her mother was born in India and her father was born in Jamaica.
During the Thursday press briefing, Trump appeared to fuel the argument by touting the author’s credentials, saying, “And by the way, the lawyer that wrote that piece is a very highly qualified, very talented lawyer.”
“I have no idea if that's right,” Trump said. “I would have assumed the Democrats would have checked that out before she gets chosen to run as vice president.”
The president then said: “You’re saying that she doesn’t qualify because she wasn’t born in this country?” The reporter corrected the president to say Harris was born in the United States, but the issue involves the birthplace of her parents.
“I don’t know about it,” Trump said. “I just heard about it. I’ll take a look.”
Joe Biden’s presidential campaign condemned the president over the remarks, referencing Trump’s past involvement elevating false claims that former President Barack Obama may not have been born in the United States.
“Donald Trump was the national leader of the grotesque, racist birther movement with respect to President Obama and has sought to fuel racism and tear our nation apart on every single day of his presidency,” Biden rapid response director Andrew Bates told Fox News in a statement. “So it's unsurprising, but no less abhorrent, that as Trump makes a fool of himself straining to distract the American people from the horrific toll of his failed coronavirus response that his campaign and their allies would resort to wretched, demonstrably false lies in their pathetic desperation."
CHRIS WALLACE: KAMALA HARRIS IS A 'SHAPE-SHIFTER,' MAKING IT HARDER FOR TRUMP TO ATTACK
Sen. Lindsey Graham, R-S.C., on Friday also tweeted they while he disagrees with Harris on "plenty of issues," there is "no issue as to whether or not she is an American citizen. She was born in the United States in 1964 to parents who were legally present. Under the Constitution and Supreme Court precedent, she is unequivocally an American citizen."
Questions were also raised, and largely resolved, over the eligibility in past presidential races of Sen. Ted Cruz, born in Canada, and the late Sen. John McCain, born in the Panama Canal Zone when it was under U.S. control.
Others involved in the president’s administration and campaign also have either spread the claim or declined to reject it.
The president’s reelection campaign’s senior lawyer, Jenna Ellis, shared the controversial column on Thursday morning, hours before Trump was asked about it at the White House.
And in an interview Wednesday on Fox News’ “Special Report,” Trump adviser and son-in-law Jared Kushner declined to comment on it. 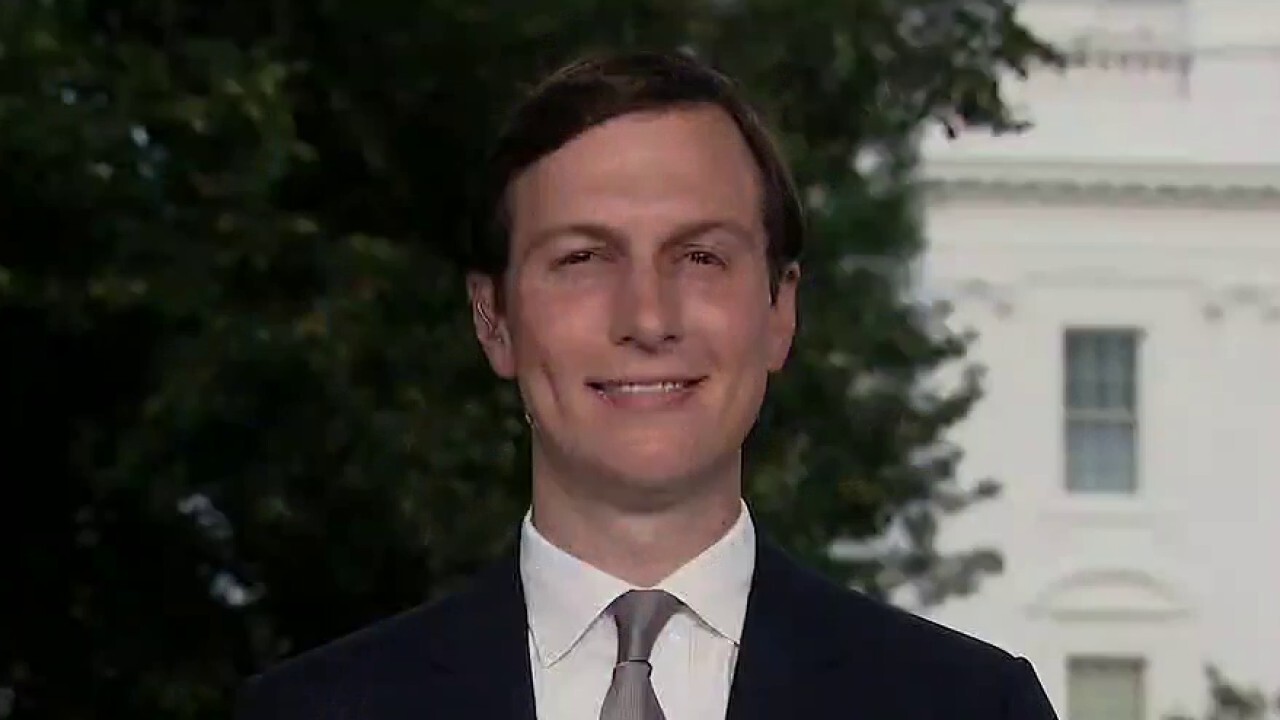 Video
VIDEO
“I haven’t seen that. I haven’t seen the op-ed. So I’ll reserve judgment on that until I know more about it,” he said.
On Friday, Kushner told “CBS This Morning” he has no reason to believe she’s not eligible, while disputing the notion Trump was promoting the theory.
Eastman, in the column, cited 14th Amendment language that citizens are those born or naturalized in the U.S. “and subject to the jurisdiction thereof,” before calling into question Harris' parents’ status at the time of her birth.
Other academics rejected Eastman’s argument. The question of her parents’ birthplace is irrelevant, said Christopher Kelley, a political science professor at Miami University in Ohio.
“No, there’s no question about it,” he said. “It’s been recognized since the people drafted it back in the 39th Congress that (the 14th) amendment that would cover people not just born to American citizens but born on American soil.”
The question is not even considered complex, according to constitution lawyers.
“Full stop, end of story, period, exclamation point,” said Jessica Levinson, a professor at Loyola Law School.
A Congressional Research Service report from 2011 drew a similar conclusion on the matter, noting that while legal issues have been raised for those born outside the country to U.S. citizens, “eligibility of native born U.S. citizens has been settled law for more than a century.”
The report stated: “The weight of legal and historical authority indicates that the term ‘natural born’ citizen would mean a person who is entitled to U.S. citizenship ‘by birth’ or ‘at birth,’ either by being born ‘in’ the United States and under its jurisdiction, even those born to alien parents; by being born abroad to U.S. citizen-parents; or by being born in other situations meeting legal requirements for U.S. citizenship ‘at birth.’”
The Associated Press contributed to this report.
Source>https://www.foxnews.com/politics/trump-slammed-for-not-rejecting-conspiracy-theory-kamala-harris-is-ineligible-for-vice-presidency
Posted by theodore miraldi at 10:32 AM