Trump's BIG WIN on Relief Orders – Here's Why Pelosi, Schumer are So Unhappy

TRUMP'S BIG WIN!
The president understands the urgency – and he understands political hardball 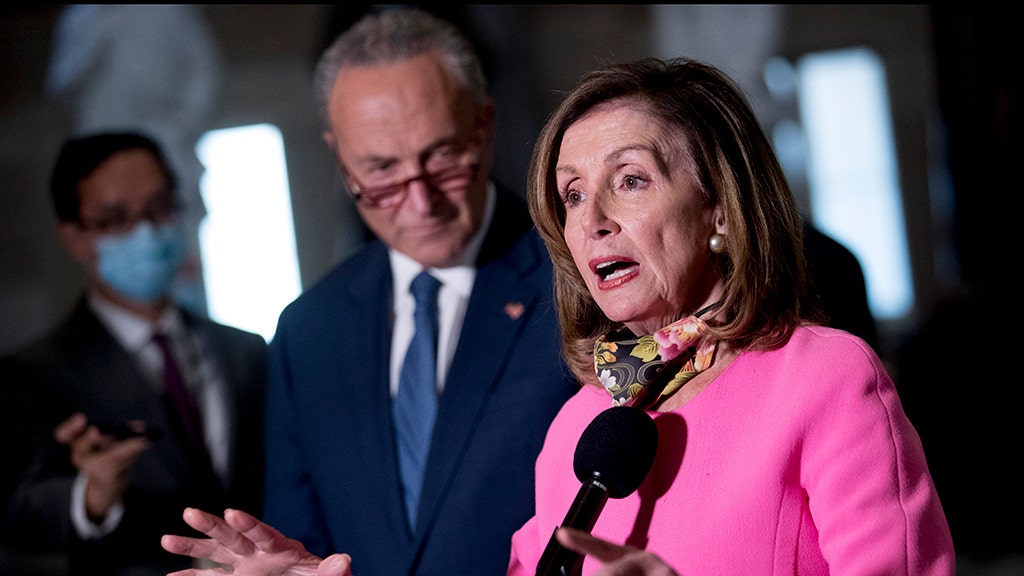 What a smackdown!
Furious that Democrat leaders Nancy Pelosi and Chuck Schumer were blocking a bill to help Americans through the COVID-19 crisis, President Trump stepped up and got the job done, all by himself.
Over the weekend, he issued four executive orders that would extend modified unemployment relief to millions who are out of work, protect many from eviction from their homes, provide continued relief from student loan debt and suspend payroll taxes for employers and those earning less than $100,000. It may not be enough, but it was more than Democrats were offering.
ANDY PUZDER: TRUMP CORONAVIRUS EXECUTIVE ORDERS AID STRUGGLING FAMILIES, AFTER DEMS BLOCK ACTION IN CONGRESS
This made House Speaker Pelosi, D-Calif., and Senate Minority Leader Schumer, D-N.Y., very, very unhappy. Pelosi called Trump’s measures “illusions”; sorry, Madam Speaker, for families in need, an extra $400 per week unemployment pay is absolutely real, and extremely welcome.
The president boxed the Democrats in – how can they possibly challenge his orders or take his mandated benefits away from people? The chagrined duo whined that Trump “still does not comprehend the seriousness or the urgency of the health and economic crises facing working families.”
On the contrary, the president understands the urgency very well, and also understands political hardball.
Instead of compromising on legislation that would immediately help Americans pummeled by the coronavirus, Pelosi and Schumer prioritized issues that had nothing to do with the well-being of the nation. They pressed instead to ban ID requirements and signature verification for voters – measures that, as the president noted, would encourage increased fraud in our elections, and that Republicans would never accept.
Mainly, Pelosi and Schumer stonewalled because they want to torpedo the U.S. economy. Democrats know that creating jobs is Trump’s signature achievement, and also the most important issue to voters. By blocking the next round of stimulus, they intentionally undermined the financial security of tens of millions of Americans.
They don’t care; their priority is beating President Trump. The American people be damned.
But aren’t Democrat leaders confident they will oust Trump in November? Hasn’t that been their message of late? That we will see not just a blue wave, but a blue tsunami, taking over the Senate as well as the Oval Office?
That faux optimism is entirely manufactured, aimed at driving down turnout and fundraising from disheartened Republicans.  Democrats know their candidate’s brief surge is already fading.

Polling shows Joe Biden’s lead slipping both nationally and in crucial swing states. In late July, the Real Clear Politics average of national polls gave him a nine-point lead; that gap is now six points. Two of the newest polls show Biden ahead by only three points.
Biden is also losing ground in swing states like Wisconsin, Florida and Michigan.
Democrats read these polls. They know this race will be close, which is why they must keep the economy battened down. The last thing they want is another stimulus measure that would pump more money into voters’ pockets.
Democrats are terrified that in spite of the dreadful disease, the continued lockdowns from blue-state governors and blue-city mayors, the teachers unions’ refusal to go back to work – and despite the riots that have convulsed many of our cities – the economy is coming back to life.

Video
VIDEO
Economists and investors are dumbfounded at the resilience of the American consumer. Nearly every economic report in recent weeks has beaten forecasts, including the most recent jobs number. There were 1.8 million jobs created in July; the experts were looking for 1.6 million.
The over-achievement reflects the unprecedented nature of the recession. This country has never voluntarily closed up shop, but that’s what our politicians did to fight the virus. We may never know if that was the correct response; Sweden’s experience suggests that such draconian measures might not have been necessary. Who knows?
What we do know is that Democrats were giddy to see Trump’s accomplishments – unemployment at a 50-year low, rising incomes and growth, a surge in manufacturing -- buried in the coronavirus rubble. They are terrified he might do it again, just in time for the election.
They are right to be worried. Surveys show that inventories are at six-year lows, which is propelling manufacturing higher. The ISM Manufacturing Purchasing Managers Index for July posted the best reading since March 2019 by climbing to 54.2 from 52.6 in June and topping the consensus estimate of 53.6. New orders accelerated, too.
Housing is booming and auto sales are strong. Corporate earnings, though clobbered by the shutdowns, have come in better than expected and estimates for the balance of the year have moved substantially higher. 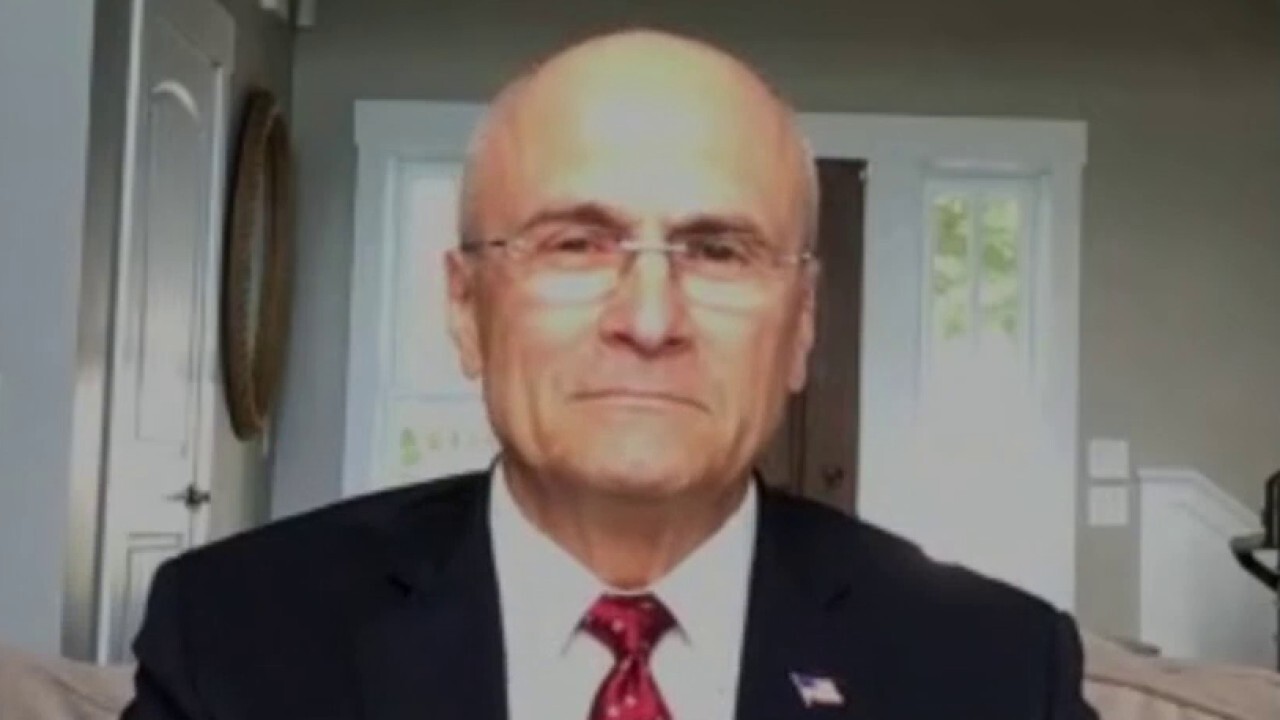 Video
VIDEO
COVID cases appear to have peaked, suggesting the dampening impact from a resurgence in some states may dissipate.
Also, the U.S. is not the only country seeing a reacceleration in activity. China and Europe are also trending higher.
According to ISI Evercore’s Ed Hyman, “In just three months, the Global Composite PMI plunged 26 points. And in just three months it has rebounded 25 points, to 50.8. Virtually no one expected this much of a rebound, which helps explain why the stock market has surged.” Note that any reading over 50 signals expansion.
The last time we had a synchronized global pickup, U.S. growth soared. That could happen again.
Meanwhile, millions of Americans are horrified by the destruction in Portland, Seattle, Minneapolis and other cities mismanaged by liberal Democrats. The push to defund the police and to let criminals out of jail has let loose a plague of violent crime in cities like New York that had managed for years to keep the streets safe. None of this helps Biden.
Democrats understand that the chaos will drive away voters. Ted Wheeler, the liberal mayor of Portland, recently warned rioters that they were no longer protesting, but instead were trying to “commit murder”; he also warned them of serving as “a prop for the reelection campaign of Donald Trump.”
CLICK HERE TO GET THE FOX NEWS APP
Imagine – Wheeler was not so concerned that the rioters were literally trying to burn people alive in a police station; he was unhappy that the videos might help Republicans.
That’s where Democrats are today; they deserve to lose.
Source>https://www.foxnews.com/opinion/trump-win-executive-orders-pelosi-schumer-liz-peek
Posted by theodore miraldi at 11:23 AM