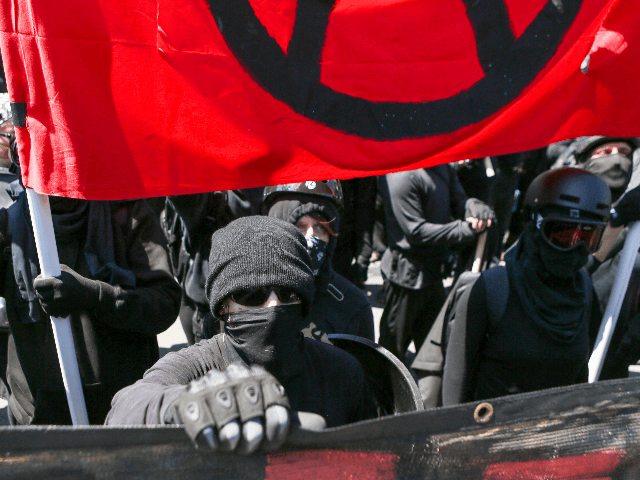 A motorist was dragged from his car, forced to the ground, and beaten unconscious by Portland rioters on Sunday night, as lawlessness continues to reign with no law enforcement in sight.
The incident was reported and shared by Andy Ngo, editor at-large of the Post Millennial. The scenes are graphic.
WATCH: (NSFW)

GRAPHIC: With the streets in downtown Portland occupied by BLM & antifa rioters, a man crashed his car. The mob pulled him out & beat him senseless in front of the passenger. He’s bleeding & unconscious. No police. Video by @livesmattershow. #PortlandRiots pic.twitter.com/jjnt5dUeb8
— Andy Ngô (@MrAndyNgo) August 17, 2020

Ngo then shared a tweet of the moments immediately preceding the assault, where the driver can be seen apparently trying to explain how and why his vehicle crashed. He is then made to sit while others search his vehicle. After trying to get up, the man is violently shoved to the ground.

This is the moment immediately before. The mob assaults him and makes him sit in the ground while they search his belongings. When he stands up, they brutally beat him. #PortlandRiots #antifa #BlackLivesMatter Video by @livesmattershow pic.twitter.com/tEzpIz6V9U
— Andy Ngô (@MrAndyNgo) August 17, 2020

Then, while the man sat on the ground apparently texting on his phone, one of the rioters who had initially confronted him ran up from behind and kicked him in the side of the head, rendering him unconscious.

GRAPHIC: Rioters in downtown Portland detain man who had a car crash. They force him to sit on the ground while they search his belongings. One of them runs up and kicks him in the head, instantly knocking him out. There are no police. Video by @FromKalen pic.twitter.com/x646QheCV0
— Andy Ngô (@MrAndyNgo) August 17, 2020

Shouts of support for Black Lives Matter can be heard as other rioters began examining the man. A woman can be heard shouting multiple times to call 911 as the man lay bleeding on the street.  Police did not arrive on the scene until after the crash and the violence had already occurred. When the police began attempting to tow away the man’s vehicle, the crowd started accusing them of “protecting white supremacists.”

Earlier: Rioters stand over the unconscious man’s body after they beat him. They pour water on him and shout in support of Black Lives Matter. Antifa street medics are examining him. He’s not responsive. #PortlandRiots #BlackLiveMatter Video @FromKalen. pic.twitter.com/aI5emSRATI
— Andy Ngô (@MrAndyNgo) August 17, 2020

Portland is entering its 81st consecutive day of riots as demonstrators have moved beyond attacking federal courthouses and have now entered into residential areas. The condition of the man who was knocked unconscious is unknown.
Source>https://www.breitbart.com/politics/2020/08/17/watch-portland-rioters-drag-man-from-car-and-beat-him-senseless/?
Posted by theodore miraldi at 4:28 PM