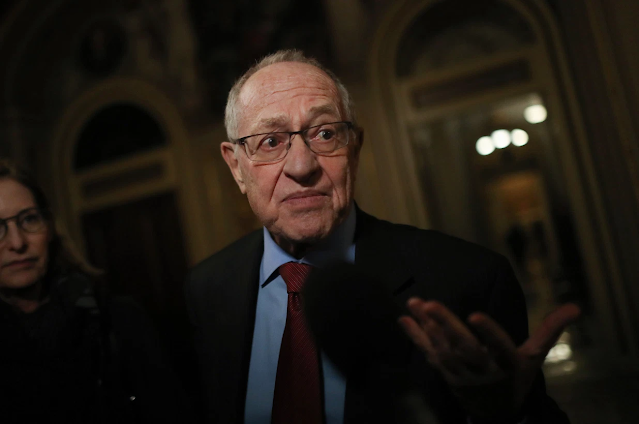 Lawyer Alan Dershowitz has hit CNN with a $300 million defamation lawsuit, accusing the cable network of distorting his words to portray him as an “intellectual who had lost his mind” during President Trump’s impeachment trial, according to media reports.

During the January trial, the Harvard professor raised eyebrows when he argued, “If a president does something which he believes will help him get elected in the public interest, that cannot be the kind of quid pro quo that results in impeachment.”

He is accusing CNN of airing misleading footage in a “barrage of defamatory programming” that led to him being “openly mocked by most of the top national talk show hosts and by CNN viewers,” the Daily Mail reported.

He wants the left-leaning network to cough up $250 million in punitive damages and $50 million in compensation, the paper reported of the Florida suit.

Dershowitz’s statements came during the Senate trial in which Trump was accused of abusing his power and obstructing Congress for asking Ukraine officials to investigate political rival Joe Biden and his son Hunter. Democrats accused Trump of illegally withholding $391 million in military aid to pressure Ukraine’s president into launching the probe.

Sen. Ted Cruz (R-Texas) had asked Trump’s attorneys whether quid pro quos were simply part of conducting foreign policy. Dershowitz, 82, responded that if Trump had self-serving motives, it would still be legal — a position that Democrats seized on.

But Dershowitz alleges in the lawsuit that CNN only aired a short segment of his answer to “fool its viewers” into believing he had argued that presidents could act illegally if they believed their re-election was in the public interest, the Mail reported.

“The very notion of that was preposterous and foolish on its face, and that was the point: to falsely paint Professor Dershowitz as a constitutional scholar and intellectual who had lost his mind,” the lawsuit states, according to the British newspaper.

In fact, Dershowitz had “unequivocally and unambiguously stated” that a president could not act illegally, the filing argues.

Dershowitz is embroiled in another high-profile defamation lawsuit. Jeffrey Epstein accuser Virginia Roberts Giuffre sued the lawyer after he called her a liar for saying she was forced to have sex with him at the behest of the late financier. Dershowitz has denied her claim and counter-sued.

Posted by theodore miraldi at 7:41 AM