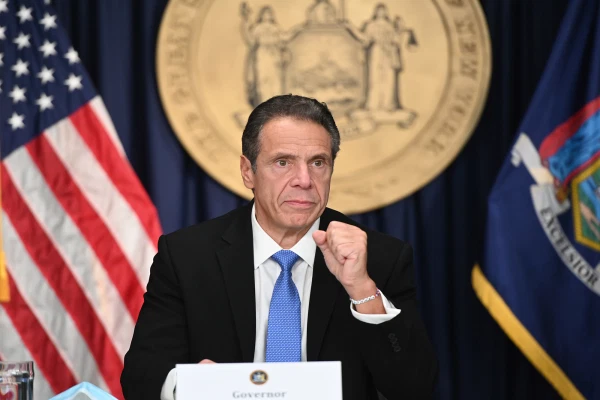 With children being shot down in the streets all across New York — a by-product of statewide double-digit increases in gun homicides — you’d think Gov. Cuomo would be too humbled to lecture Kentucky about murder.

Not so. Humble ain’t his thing, don’t you know?

Arrogance is another matter. The governor has raised that to an art form — most recently taking time out from his coronavirus-death nursing-home deflections to hector Louisville on its handling of the Breonna Taylor shooting case.

And, in the process, offering an imprimatur-in-advance to those who believe that rioting, robbery — and even shooting cops — is a justifiable response to controversial policing.

“Breonna Taylor’s death was murder,” Cuomo declaimed Thursday, with his customary degree of subtlety and reflection — which is to say, none. “People were outraged. Yes, because it’s outrageous. If a person was murdered, then there’s a murderer, right? That’s how it works.”

Maybe that’s how it works in circular-thinking left-wing fever swamps — where outrage eclipses the rule of law. But not where respect for due process and for common decency prevail. Like in Kentucky, it seems.

A tragedy? So it would seem. A fiasco? Obviously. But murder? Lacking further information, not by the stretch of any honest observer’s imagination.

Now, if Cuomo has further information, he should present it. Because as things stand, the governor’s blanket declaration is a shockingly irresponsible act for the chief executive of a state that is always only one errant police action, or one willfully misinterpreted cellphone video, away from disaster.

Away from, for example, a reprise of the arson, looting and related violence that convulsed both Midtown and upstate cities last spring — and Rochester just this month.

And perhaps away from more cop shootings — like those in Louisville after the Taylor finding and Los Angeles 10 days ago and the assassination of two NYPD officers after Mayor de Blasio encouraged demonstrators shouting for “dead cops” during anti-police disturbances in December 2014.

Cuomo was governor then, too, and should have absorbed the lesson, that inflammatory rhetoric can indeed have terrible consequences — but not so. He seems to have aspirations beyond his current station (an occupational hazard for most pols), and so he’s aligning with the portion of his party that embraces wrack and ruin as a legitimate protest form.

That is, with the Democratic mainstream in this nightmare of an election year.

The irony is that Cuomo has done as much as anyone to transform New York’s relatively tranquil cities into bullet-pocked hellscapes. (Adjusted for population, Albany, Troy and Rochester have become more dangerous than Baltimore, Philadelphia and Chicago.)

He led the way with the so-called bail and related procedural “reforms” that emptied local lockups and helped generate explosive increases in violent crime.

Adding to the irony is that Cuomo’s “reforms,” taken in tandem with de Blasio’s neutering of tried-and-true NYPD anti-violence tactics, came in the name of racial justice. Yet they have laid a brutally heavy hand on New York’s minority communities, where virtually everybody involved in the violence lives.

That includes shooters, of course, which ratchets up the cultural tensions generated by even tepid enforcement efforts. But also victims — many wholly innocent, some otherwise — who virtually without exception are minority-group members themselves.

There are more violent-crime victims in New York these days than there have been in decades — and that reflects anti-policing policies promulgated or encouraged by the governor who now tut-tuts Kentucky.

This may be a tactic — to divert attention from New York’s deflating economy and Cuomo’s other coronavirus woes (see above, nursing homes) or to promote him politically.

But, whatever the reasons, it also enables anarchy, which is shameful. Cuomo needs to examine his conscience.

Posted by theodore miraldi at 11:53 AM